Cambodia kicks out Navy Seabees with no explanation 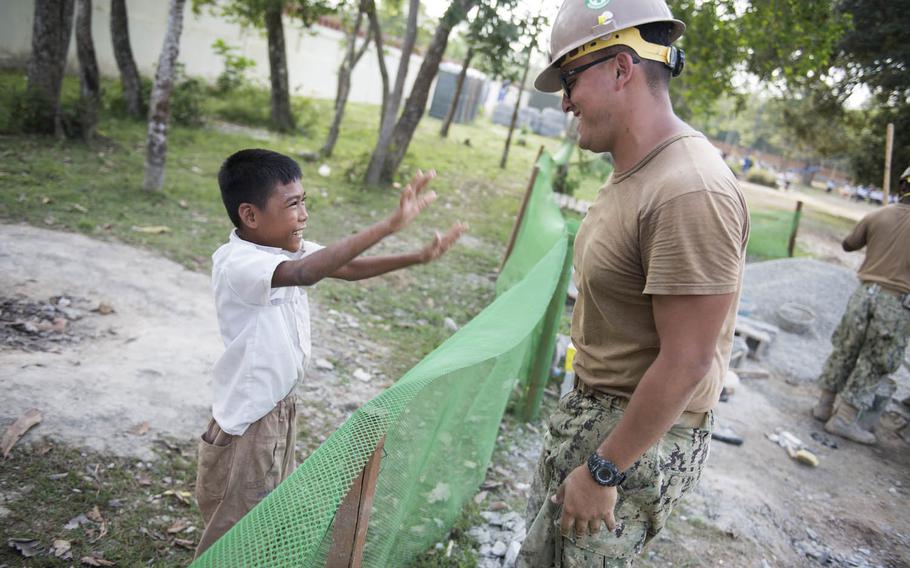 Cambodia has canceled a longstanding Navy program that provided humanitarian assistance throughout much of the country, in a sign that U.S relations with the Southeast Asian nation may be in decline.

The decision to remove the Seabees mobile construction detachment “cancels 20 planned projects, including maternity wards and school bathrooms,” the U.S. Embassy in Phnom Penh said Monday on its Facebook page.

“We are sad to see the Seabees go, but proud of their accomplishments over the last nine years,” the statement said. No reason was given for the pullout, said embassy spokesman Jay Raman.

A Cambodian defense ministry spokesman told Reuters he was “unaware of such a decision.”

Seabees have been deploying to Cambodia since 2008 to work closely with the Royal Cambodian Armed Forces and local leaders to complete more than $5 million in community service projects in 11 provinces, the embassy said.

Raman said Seabees were scheduled to build six bathroom facilities for schools and two new maternity wards for $265,000 this year, and an additional $550,000 in projects were planned for 2018-19. Those have been canceled.

Before leaving the country, the final Seabee detachment to serve in Cambodia was honored in a ceremony hosted by Ambassador William Heidt, the statement said.

Cambodia has limited some activities with Washington in recent years, while building ties with Beijing. In January, it dropped annual Angkor Sentinel drills with the U.S., saying its forces were needed for upcoming elections.

U.S. relations with Cambodia had improved in recent decades as historic animosities subsided. The United States bombed Cambodia heavily during the Vietnam War, targeting both the Viet Cong and the communist Khmer Rouge.

However, the State Department has been critical at times of Prime Minister Hun Sen’s record on human rights and crackdowns on opposition forces. Sen, who came to power in 1998, is one of the world’s longest serving leaders.

Meanwhile, China has been building and funding projects in Cambodia and forgiving debt. On Tuesday, ground was broken on a new $157 million, Chinese-funded football stadium just north of Phnom Penh.

Cambodia has also taken China’s side when it comes to territorial disputes within the South China Sea, a move that has irked U.S. allies and partners in the region.

Cambodia, which has no claims in the South China Sea, blocked any mention of an international court ruling against China over the disputes during an Association of Southeast Asian Nations summit last year.