By and large, AAFES shoppers a satisfied lot 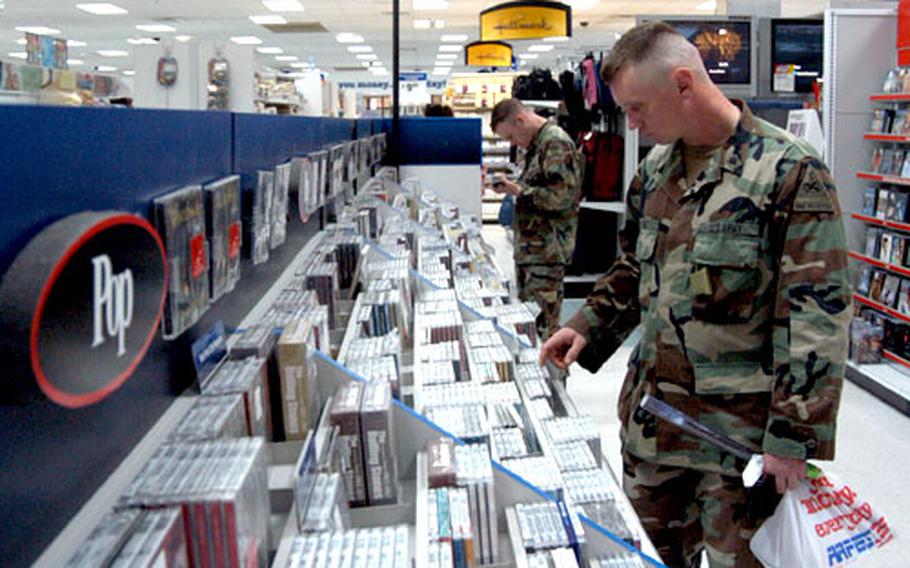 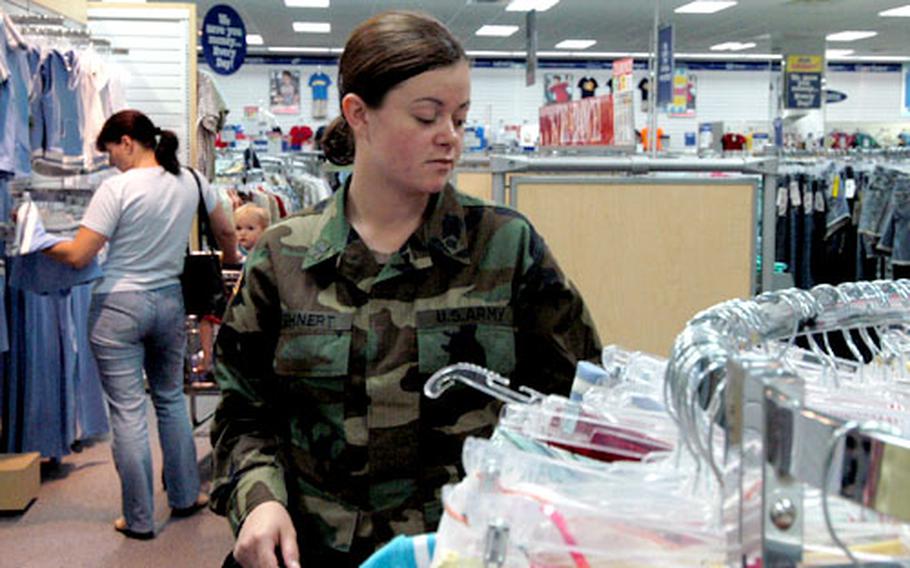 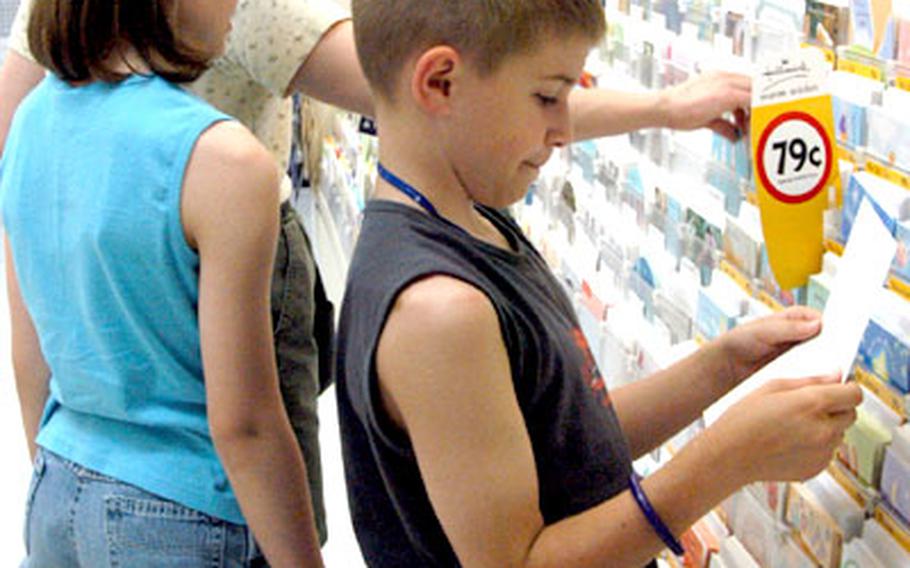 Each month when the Army and Air Force Exchange Service releases new prices for gasoline sold at overseas AAFES stations, a jump in prices is almost certain to generate customer complaints.

A quick look at past letters to the editor of Stars and Stripes, for example, finds some customers confused and angry about AAFES&#8217; gas pricing policy.

But inside several AAFES stores at bases in Europe, customers are, by and large, happy with AAFES products and prices, according to dozens of shoppers in Bamberg, W&#252;rzburg and Kaiserslautern, Germany, and Aviano, Italy.

If AAFES has any public relations issues to deal with at its stores, customers say, they are the occasionally brusque or incompetent cashier, long lines at the checkout counter and a relatively narrow range in certain clothing sizes.

Debbi Rodarte, who was standing in the parking lot outside the Base Exchange and BXtra on Vogelweh in Kaiserslautern, said she usually leaves the store satisfied with her purchases.

However, she added, the person behind the counter sometimes needs an attitude adjustment.

AAFES-Europe spokeswoman Debbie Byerly said AAFES does its best to offer all the items its 11.5 million eligible customers worldwide require every year.

But sometimes there&#8217;s just not enough space to provide everything, every time, everywhere.

And, Byerly said, shoppers should never hesitate to bring their customer-service complaints to the store manager.

&#8220;If you get bad customer service, speak to a manager. It may be that the associate needs more training,&#8221; Byerly said.

Customers can also fill out a comment card, she said. Each one is read and resolved with the customer, she said.

In addition to stores in 21 countries worldwide, AAFES has 61 stores set up in deployed locations.

In Iraq, where nearly 150,000 U.S. troops rely almost exclusively on AAFES for their sundry items and snacks, the shelves carry what the customers need, according to Sgt. Joshua Staderman, from 82nd Engineer Battalion, who returned from Iraq in April.

Of course, the best stores are at the larger bases; for soldiers deployed to smaller outposts, they go without.

&#8220;The selection of products, I think, is pretty good,&#8221; said Air Force Staff Sgt. Sal Williams, from Aviano. But sometimes things run out.

Still, at least one customer said some things were lacking on AAFES shelves.

Byerly said items that may not be on the shelves at the post exchange may be found online at AAFES online site, which often offers a greater variety.

AAFES can be found in 21 countries and there are 61 retail stores open in support of contingency operations, AAFES-Europe spokeswoman Debbie Byerly said.

In Europe and Southwest Asia, the staff of 10,684 is made up of 48 percent local nationals and 52 percent U.S. military family members.

In addition, shoppers can pursue the exchange&#8217;s online store, the Centric Mall, at www.aafes.com, which has about 50 specialty stores for such things as men&#8217;s and women&#8217;s clothing and shoes, sporting goods, toys, auto parts and books, Byerly said.