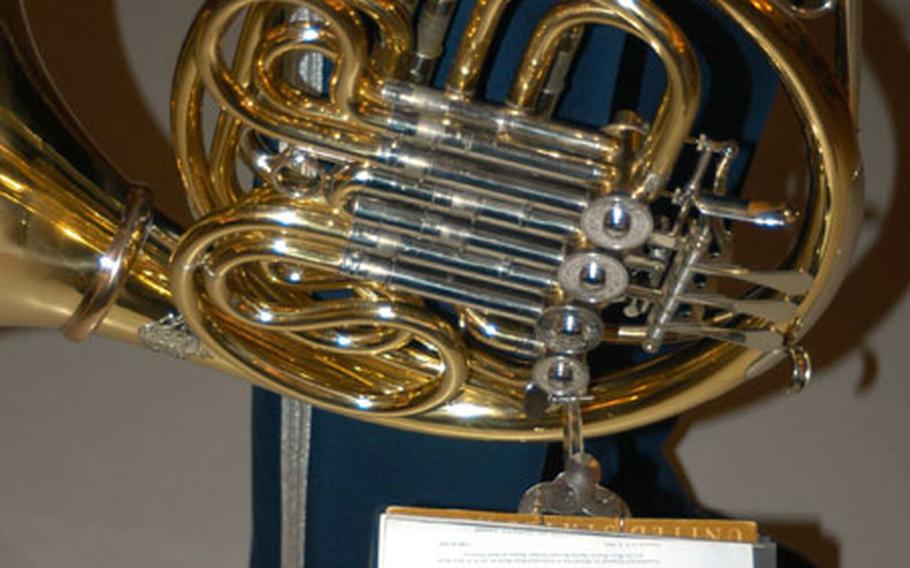 Master Sgt. Ellen Polachek and the rest of the horn section of the U.S. Air Forces in Europe Band warm up during a recent gig in Oudenaarde, Belgium. (Marni McEntee / S&S) 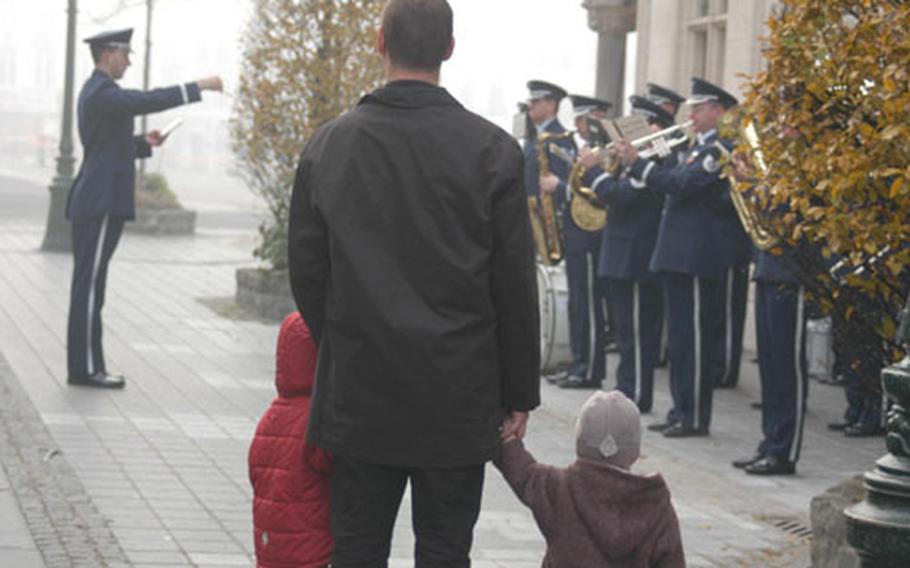 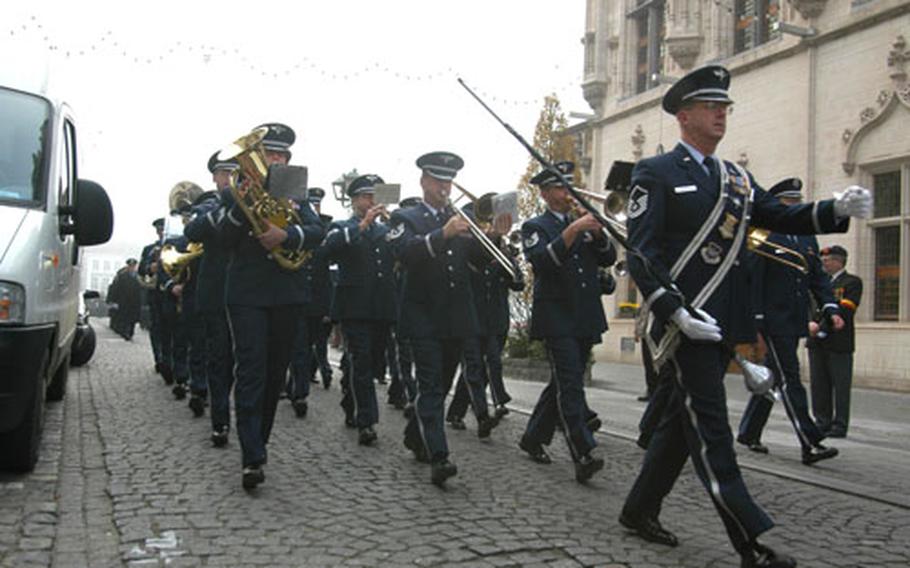 The U.S. Air Forces in Europe Band marches down a Belgian street before performing at a Veterans Day ceremony. (Marni McEntee / S&S)

KAISERSLAUTERN, Germany &#8212; There is one U.S. Air Forces in Europe unit whose main mission is to make people feel good.

Whether it&#8217;s boosting U.S. troops&#8217; morale or enhancing international relations with allies, commanders count on the USAFE Band to bring some pomp to just about any circumstance.

Trips can be short, like the overnighter this month to play at a Veterans Day ceremony in Belgium. Or they can last for days, like the nine-day bus trek around Romania and Bulgaria as a thank you for those countries&#8217; support in Operation Iraqi Freedom.

&#8220;We just cannot support all the requests we get,&#8221; said the band director, Capt. Scott Guidry. &#8220;The most requests come from the top generals in USAFE and [the U.S. European Command], and they have the priority. Add to that list foreign diplomats and other communities we play for &#8212; we have no problem filling up the calendar.&#8221;

Sometimes, the band will send its jazz group or one of its quintets to perform. Other times, it&#8217;s the entire concert band.

In recent years, the 60-member squadron has spent roughly a week every month on the road.

However, under the new USAFE commander, Gen. Robert H. &#8220;Doc&#8221; Foglesong, that may change. Foglesong will be using the band heavily for his newly launched &#8220;Project Cheer&#8221; program, meant to give single and unaccompanied airmen more social activities during the holiday season. And the general may take some band members with him as he visits various bases in the theater.

That could mean the band spends less time in community relations and more time entertaining America&#8217;s own. In the past year, the band has gone to Kuwait, Iceland, Azerbaijan, Turkey, Solvenia, Serbia, England and Ireland, along with the Romania and Bulgaria tours.

If the band gets pulled in a million different directions, it&#8217;s no big surprise. It is the only Air Force band serving more than 32,000 airmen in Europe, along with the community gigs and ceremonial accompaniments it provides.

Band members say they consider their community visits one of their most important missions.

Horn player Staff Sgt. Steve Schaughency told the story of meeting one Bulgarian man who was selling watercolor paintings on the street. Schaughency invited the man to a gig in a nearby military club. The man reluctantly came, unsure he would be welcome at the club.

After the show, the man approached Schaughency with tearful eyes, saying he has always been taught to hate Americans, but the concert had changed his mind.

The band&#8217;s performances throughout Germany during the last Christmas season were also well-received. A concert at Kaiserslautern&#8217;s Fruchthalle venue sold out in about two hours, Guidry said. The band had to perform a second show to satisfy an eager public.