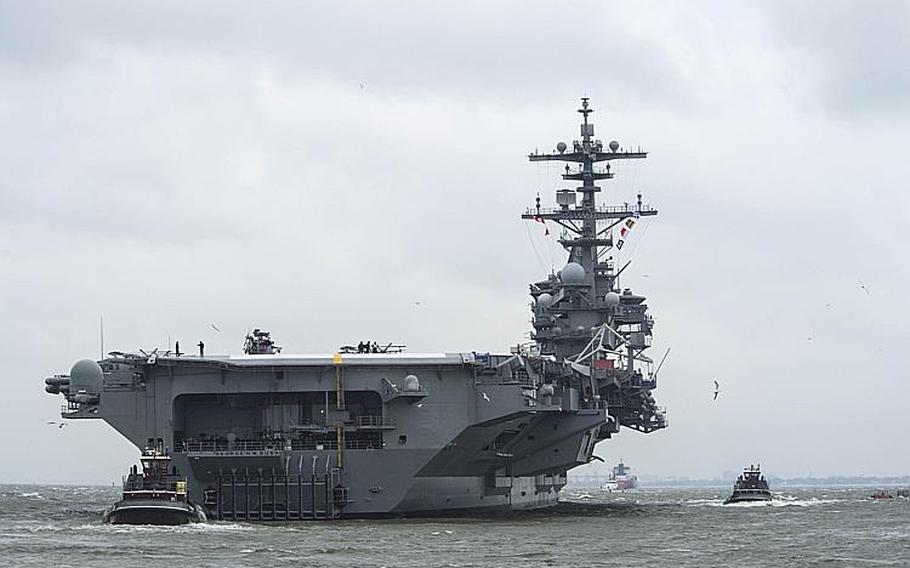 This is only the second deployment for the Navy’s newest Nimitz-class nuclear-powered aircraft carrier named after the 41st U.S. President — the last of the Nimitz series. Four ships and eight aircraft squadrons will accompany the Bush to the U.S. 6th Fleet and 5th Fleet areas of responsibility as part of the carrier strike group, according to a Navy release.

Navy officials say the deployment should last about nine months.

Aquilino wrote the Strike group is “capable of executing many missions that span the spectrum from major combat operations to humanitarian assistance and disaster relief,” adding the group is ready to “meet emergent operational requirements around the world.”

Sailors have spent the last year conducting “intensive training and certification exercises” for this deployment, according to the release.

Currently, the Harry S. Truman Carrier Strike Group is in the final months of a scheduled nine-month deployment in the Middle East region. It recently completed five weeks of combined carrier operations with a French Navy Task Force that included the FS Charles de Gaulle. The group entered the 5th Fleet area of responsibility in August to relieve the USS Nimitz in the region.

Earlier this month, more than 4,000 sailors and Marines with the Bataan Amphibious Ready Group departed on an eight-month scheduled deployment also as part of a regular rotation of forces in the 6th Fleet and 5th Fleet AOR.