Buses back on schedule at Yongsan 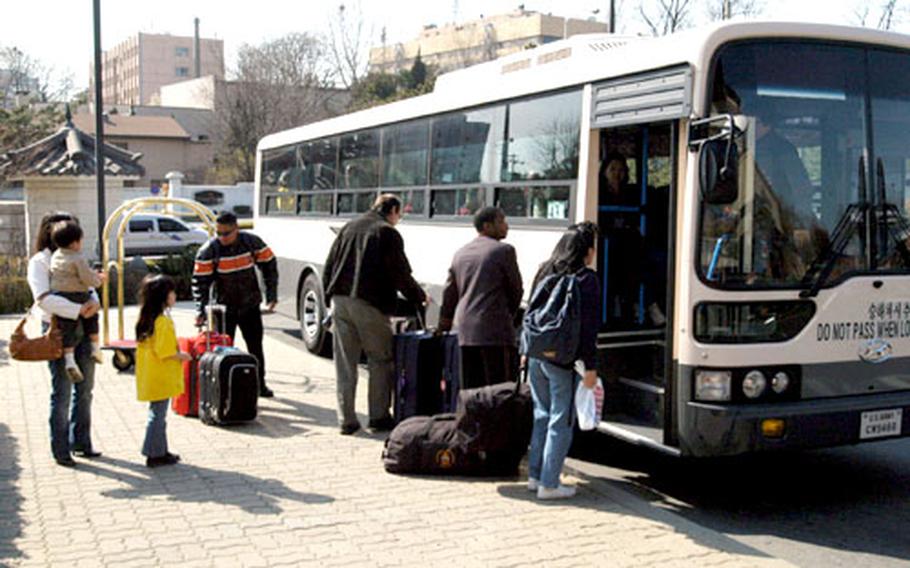 YONGSAN GARRISON, South Korea &#8212; Good news. The buses are back.

Eighth U.S. Army officials announced Thursday that they had fixed an administrative oversight that had led to a reduction in the number of buses taking community members back and forth from the Dragon Hill Lodge to Incheon International Airport.

Yongsan Garrison officials announced March 30 that only their four garrison-owned buses would continue to operate and that the commercially contracted buses would be taken off the schedule beginning April 1.

Maj. Tanya Bradsher, 8th Army spokeswoman, said multiple contracts and many &#8220;moving parts&#8221; led to confusion over the extension of the bus contract.

She said the original schedule has since been restored, with one minor change: the 10 p.m. bus with low passenger usage has been moved to 3 p.m.

Buses depart Yongsan for Incheon at:

B) Reserve and National Guard members