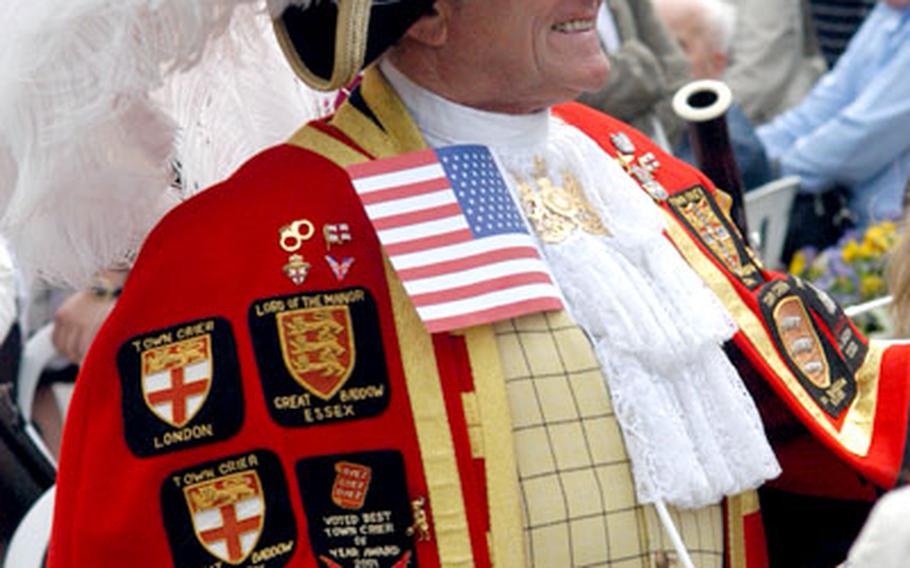 Tony Appleton, a town crier for hire, kept attendees updated loudly and often regarding what events were about to begin during the celebration. (Geoff Ziezulewicz / S&S)

Tony Appleton, a town crier for hire, kept attendees updated loudly and often regarding what events were about to begin during the celebration. (Geoff Ziezulewicz / S&S) 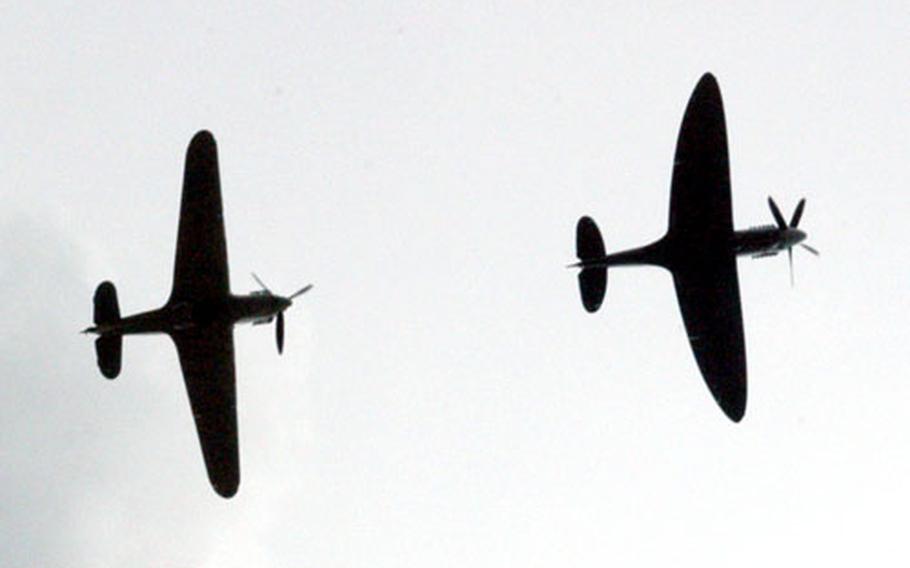 Crowds first heard the drone, then craned their necks as vintage aircraft made repearted flyovers during the celebration. (Geoff Ziezulewicz / S&S) 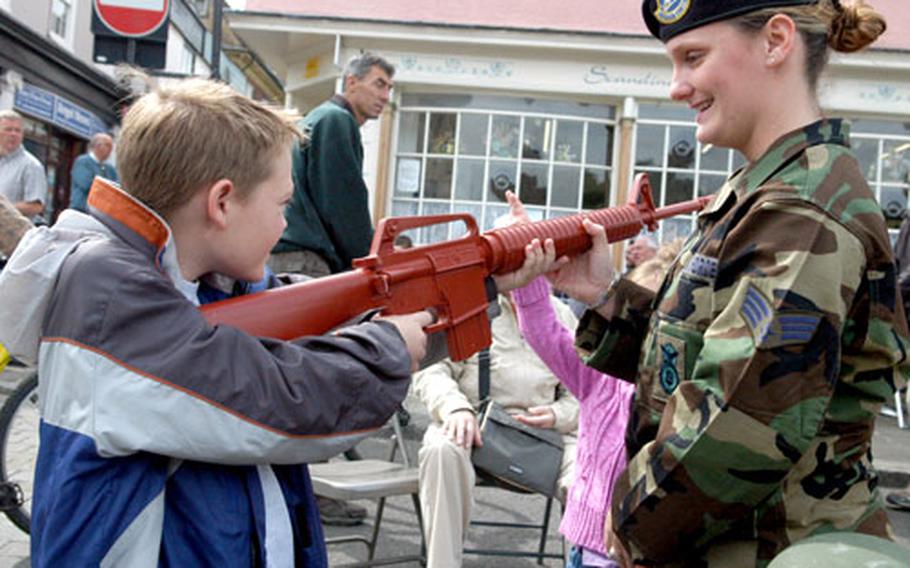 Listen, we&#8217;re celebrating a big deal this year. Do you remember? Four hundred years ago, a British sea captain by the name of Bartholomew Gosnold founded a colony in Jamestown, Va.

I appreciate that. Your intrepid explorer basically birthed me among the spacious skies and amber waves of grain. Oh, and the purple mountain&#8217;s majesty. I forget about those sometimes.

Since Gosnold&#8217;s hometown, Bury St. Edmunds, celebrated the founding of Jamestown with the America 400 celebration on Sunday, I thought I&#8217;d drop you a line.

Still, I think the turning point in our friendship was when we teamed up to knock out the Nazi hordes during World War II. To this day, all political and social differences aside, I think we&#8217;re still cool with each other. Don&#8217;t you?

Sure, you say chips and I say fries, but it&#8217;s still just a plate of unhealthy potatoes at the end of the day. We share a language and a curious fondness for each other&#8217;s cultures that other countries might not always understand.

But there&#8217;s me, going on again. At any rate, thanks for sending the good captain and his brave crew over to set up America&#8217;s foundation.

I think Tony Appleton, a town crier for hire at Sunday&#8217;s festival, said it best.