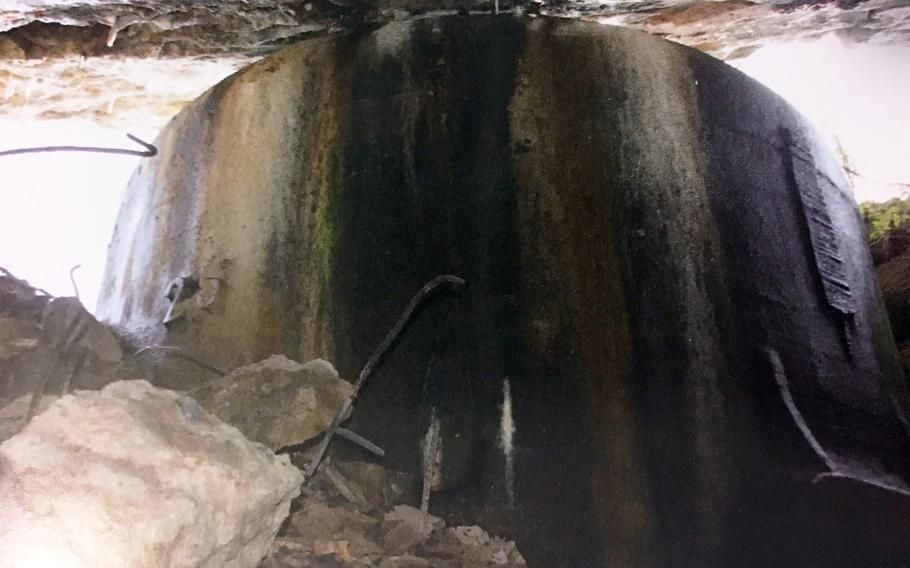 One of the almost-intact bunkers from World War II at the U.S. military training base in Grafenwoehr, Germany. (Courtesy of Gerald Morgenstern)

One of the almost-intact bunkers from World War II at the U.S. military training base in Grafenwoehr, Germany. (Courtesy of Gerald Morgenstern) 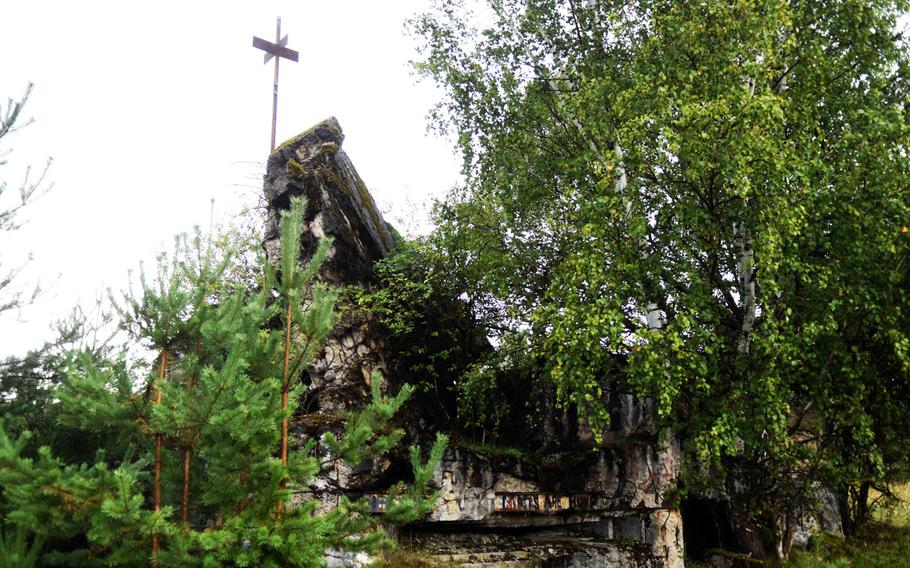 Buy Photo
A ruined bunker from World War II with the entrance located near the bottom right at the U.S. military base in Grafenwoehr, Germany. (Martin Egnash/Stars and Stripes) 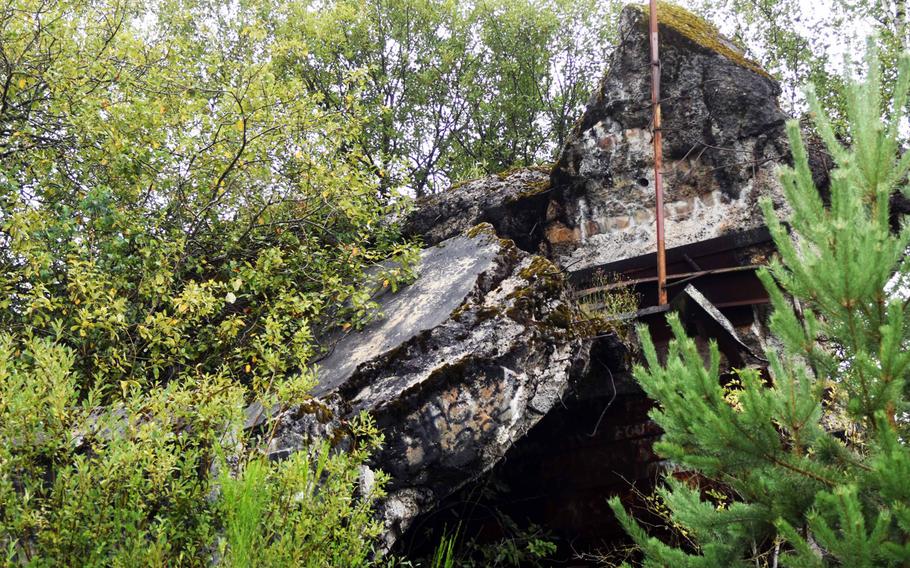 Buy Photo
A ruined bunker, blown up by American soldiers in World War II, at the U.S. military base in Grafenwoehr, Germany. (Martin Egnash/Stars and Stripes)

GRAFENWOEHR, Germany — When U.S. soldiers are firing rifles and calibrating artillery at the Grafenwoehr Training Area, they often notice dozens of bunkers in various states of decay, partly hidden in the thick forests. Tangled hunks of concrete and iron can be found all over the American base.

The damage to these bunkers wasn’t caused by Allied warplanes or tanks during the World War II, as it might seem. Instead, they were targeted by the Germans themselves, who used the training area as a bunker testing site.

Adolf Hitler ordered bunkers to be built at what was then known as Fortress Fighting Area Grafenwoehr, base historian Gerald Morgenstern said recently.

The bunkers were built to resemble the so-called West Wall, the Wehrmacht’s fortified line bordering the Netherlands and Belgium.

“The Nazis wanted to test the strength of the West Wall and simulate bunker fighting here in Grafenwoehr before the war,” said Morgenstern, author of the book “Grafenwoehr Training Area: Yesterday and Today.”

After the invasion of Belgium, the Wehrmacht abandoned the West Wall, and it went unmanned until Sept. 10, 1944, just a few days before the U.S. Army reached it.

It took five months of hard fighting for U.S. forces to completely overrun the wall, a credit to the effectiveness of the Grafenwoehr-tested bunkers.

Most of the bunkers seen today on Grafenwoehr were built in 1938, when teams of laborers were brought in to complete the task. Hitler toured the construction site in June of that year to ensure they would be done on time for a huge bunker war game, called Fortress War Exercise Grafenwoehr, which Hitler was supposed to oversee personally.

It was canceled at the start of World War II when Germany attacked Poland.

Instead the bunkers were used for various smaller-scale tests, as artillery observation posts and even for target practice, Morgenstern said.

The U.S. Army blew up most of the 34 bunkers using vast amounts of explosives after occupying the base in 1945.

“The construction of the West Wall system can still be retraced today by following the bunker ruins and defense lines that are located everywhere,” Morgenstern said.

Today, many animals, including protected bats, use the bunkers as shelter.