Bungalows sprout in the boondocks 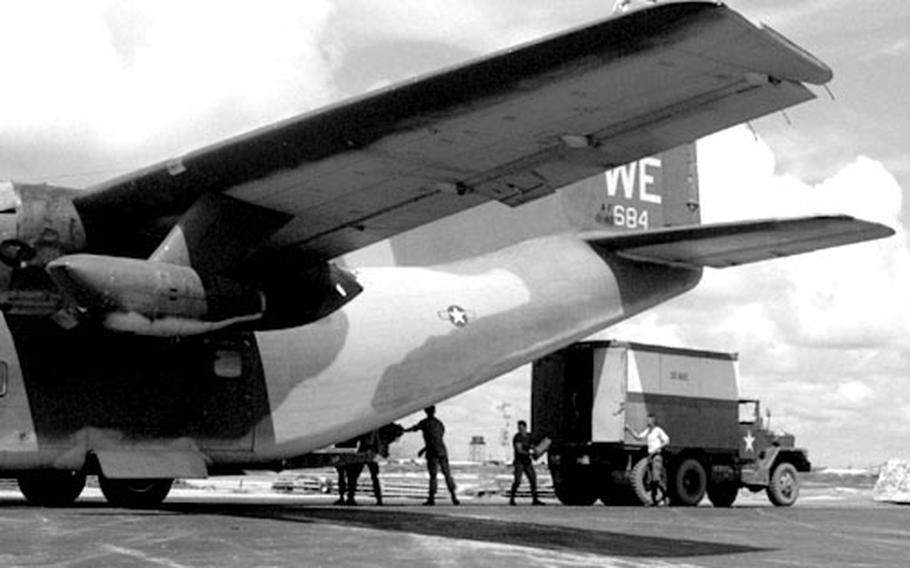 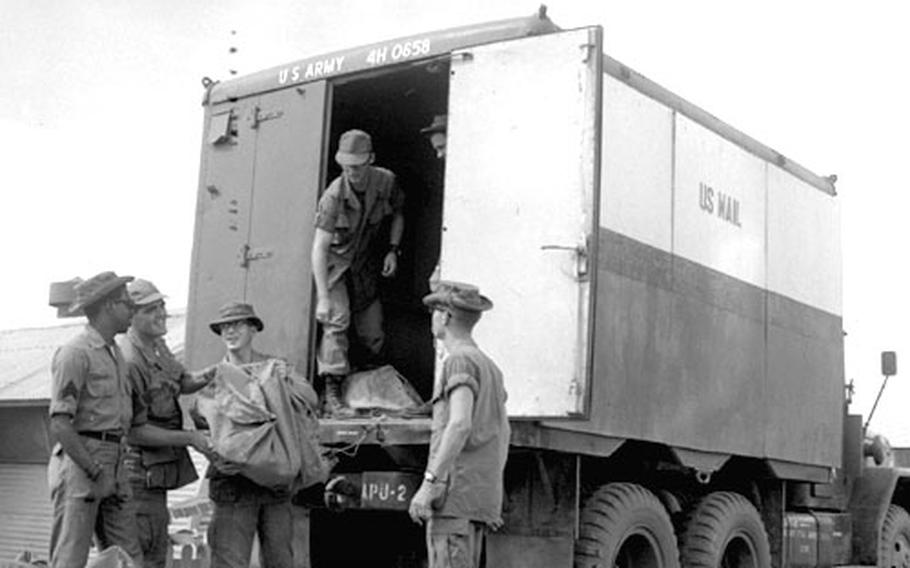 Buy Photo
Mail is unloaded from the 41st's truck, known as the "Dear John Express." (J. Tom Graham/Stars and Stripes) 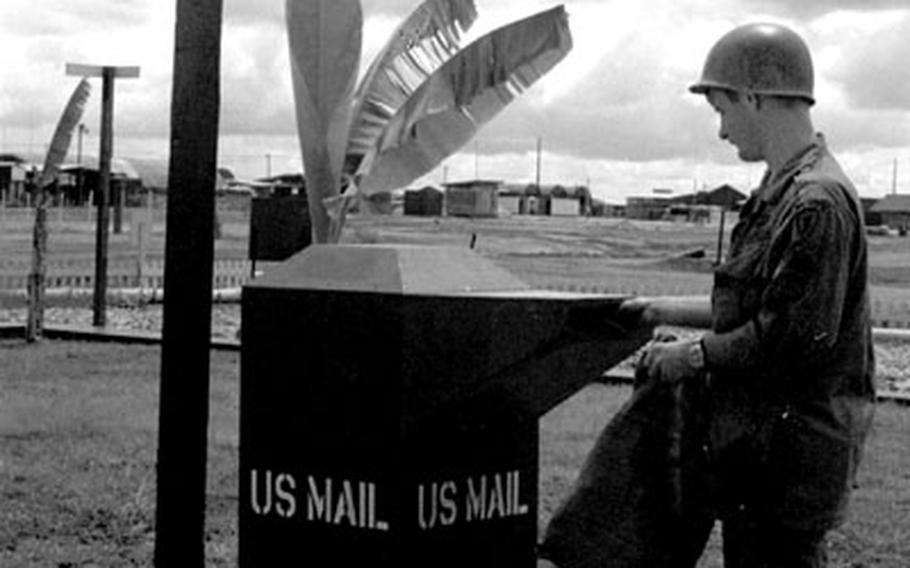 Buy Photo
A soldier mails a letter at the corner of Stateside and Stateside at Tay Ninh in October, 1968. (J. Tom Graham/Stars and Stripes)

TAY NINH, Vietnam &mdash; Two days' comfort in a bungalow motel with swimming pool and patio must seem as far away as a weekend in Miami to the field soldiers who daily live in mud and sweat along the edge of War Zone C.

Actually, this kind of luxury rest will soon be as close as the base camp at Tay Ninh West.

The 1st Brigade of the 25th Inf. Div. is building what it calls a "Holiday Inn" for its units which come in from the field once each month to "stand down," that is, to relax and maintain equipment.

The Lancer Brigade is going all-out to make the Holiday Inn as plush as possible, providing features that GIs in the boonies near the Cambodian border may not believe even after they see them.

The Tay Ninh Holiday Inn will have ceiling fans, flush toilets, showers, real lavatories, a day room with TV and stereo, a barbecue patio, a swimming pool, maid and laundry service, individual beds and lockers with clean sheets and towels and an A-frame building which looks like a motel office but functions as a temporary orderly room and office for a chaplain and Red Cross representative.

"We want to make the man who struggles in the field day and night, week after week, feel like a king for a couple of days," said Col. Robert L. Fair, the 1st Brigade's commanding officer.

When units come in from the field now, they are' billeted wherever they can find room. The men usually sleep on cots using shelter halves or ponchos as their sheets. To receive dental work, straighten out pay or personnel records, go to the post office or PX, the soldiers had to travel all over the camp.

This is no good, Fair decided, and he came up with the "Holiday Inn" idea to straighten things out.

"The colonel is a doer," one brigade member said. "When he decides something, that means we're gonna have some action."

The brigade began its Holiday Inn in early October with the help of Pacific Architects & Engineers, the 588th Eng. Bn. and B Co., 65th Eng. Bn. Men from the brigade's Hq. Co., which stays at the base camp, work on the motel at night to help their buddies in the field.

First, eight tent barracks were converted to wooden ones with aluminum roofs extended to give them the modern Holiday Inn look. All the buildings are green, yellow and white &mdash; the same as Holiday Inns in the States. A. short green fence adds to the motel appearance.

The first company will register at the new facility for a two-day stay before Nov. 1. The Holiday Inn will be used by infantry, cavalry and engineer companies and artillery batteries assigned or attached to the Lancer Brigade during their short monthly visits at base camp.

When a unit checks into the Holiday Inn, it will find showers, soap, pillow cases, swim trunks -everything waiting for it, said Fair. A steak supper will be barbecued on the inn's patio for the men, and free beer and soft drinks will be provided by two of the camp's clubs for the first night.

"We have a portable USO stage," the colonel said, "and we'll try to have a show for them as often as possible."

The Holiday Inn is less than a block from the post office, PX, theater, chapel and brigade headquarters. A clothing exchange store will be part of the inn's facilities. Laundry will be done in 24 hours.

"Instead of the men going to the dentist," Fair added, "the dentist will come to them.