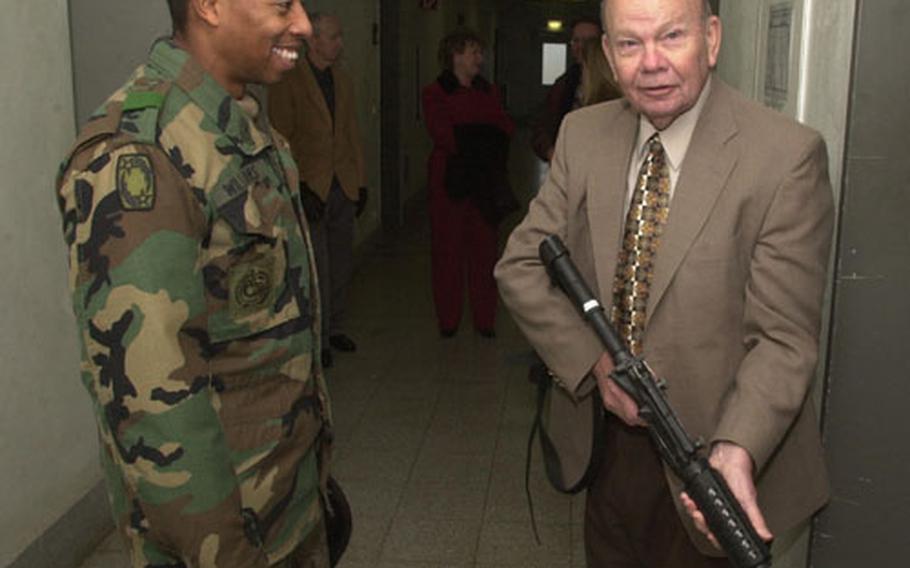 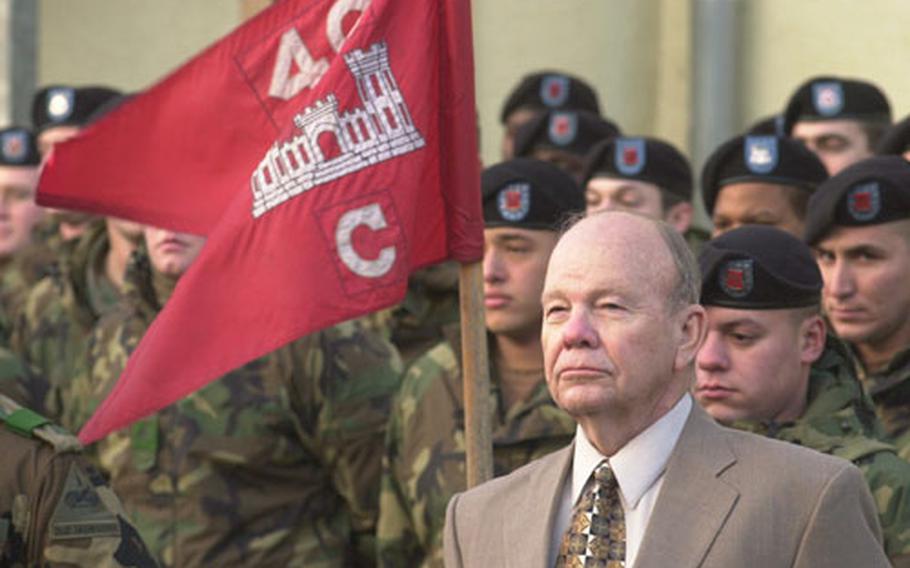 Then Snow stops in his tracks at the mention of a top-floor office.

Jaws slacken. Some drop as the 73-year-old Snow waits for the obvious question.

&#8220;Did he die, sir?&#8221; asks Command Sergeant Major Anne McDaniels, with the 222nd Base Support Battalion at Baumholder.

A plaque went up in 1976 declaring the building &#8220;Snow&#8217;s House.&#8221; But in September 1999, his daughter, Teresa Ruiz, who lives in Wiesbaden, discovered the plaque had disappeared. So she recruited William Kalavsky, 222nd adjutant, to arrange for a new plaque and a rededication ceremony.

He kept doing it until one day, some officers got a megaphone, a huge piece of tin and flash device up in the top of Snow&#8217;s House.

But it was a different Army, Snow says.

And there was method to what may today be perceived as his madness. He was only trying to build some sense of esprit de corps in an Army of post-Vietnam draftees, whom he describes &#8220;as wanting out the first minute they got here.&#8221;

He was tough, says his wife, Jo Ann, adding that, by the standards of the day, he was never cruel. No NCO ever ate in front of troops at Snow&#8217;s House, she says. No NCO slept before the troops were bedded down.

The woman was unfazed.

At one point, Snow says, the captain reached around the stunned soldier in the shower and produced a fingertip of soap scum.

And so did Snow.

As he talked briefly to troops on his return to Baumholder, Snow said he had but one regret &#8212; that he couldn&#8217;t do it all over again.