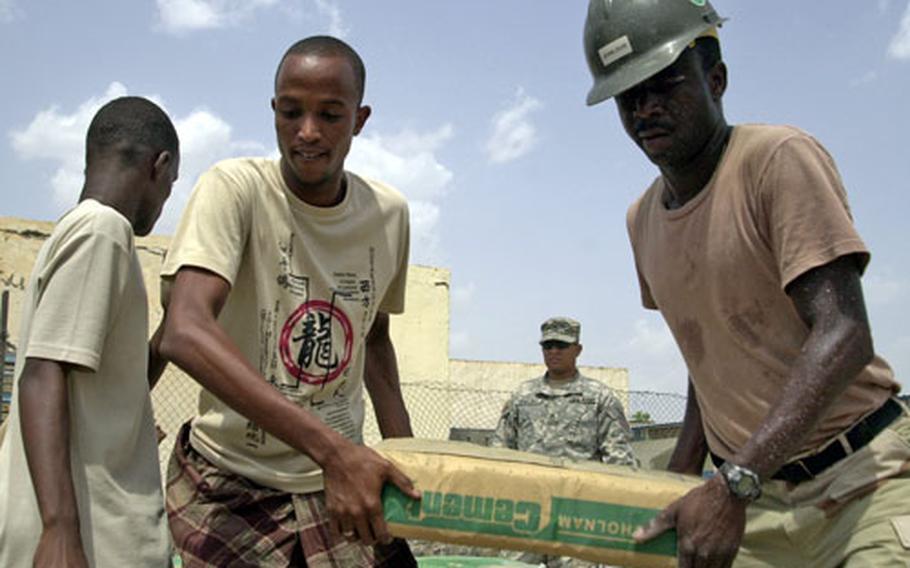 Petty Officer 2nd Class Josener Jeanlouis, right, and two villagers from Dikhil, Djibouti, carry bags of cement to a waiting truck. Navy Seabees and an Army security details have been working on a dormitory project in the town since April, part of the Combined Joint Task Force — Horn of Africa anti-terrorism mission. (Joseph Giordono / S&S)

Petty Officer 2nd Class Josener Jeanlouis, right, and two villagers from Dikhil, Djibouti, carry bags of cement to a waiting truck. Navy Seabees and an Army security details have been working on a dormitory project in the town since April, part of the Combined Joint Task Force — Horn of Africa anti-terrorism mission. (Joseph Giordono / S&S) 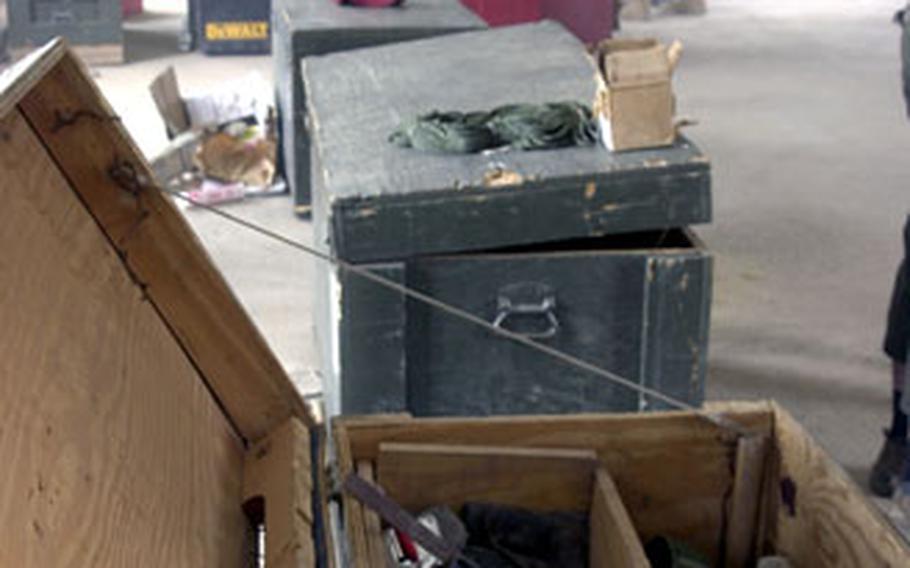 A box of tools used by Seabees in Dikhil sits open in a large room of the dormitory complex being built near the Ethiopian border. (Joseph Giordono / S&S) 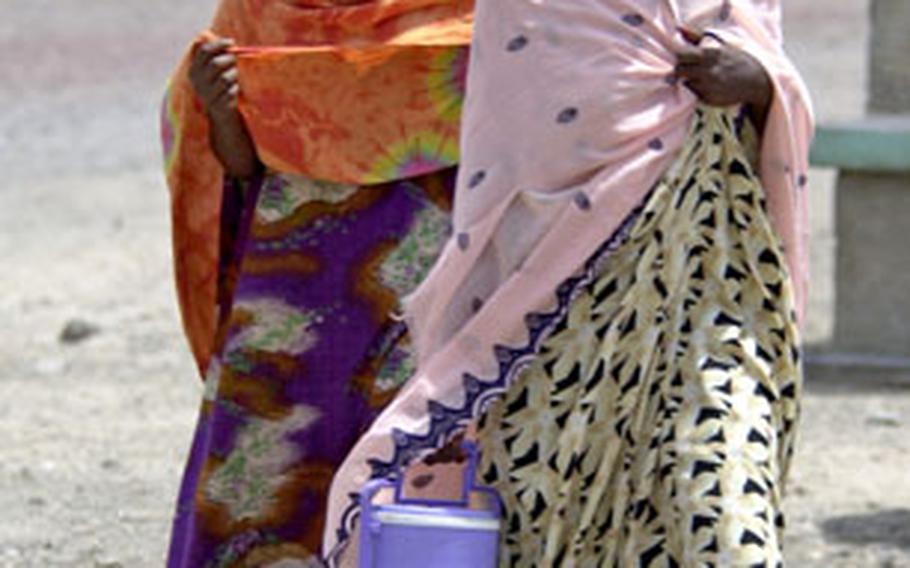 A pair of local women walk past the U.S.-built school dormitory project in Dikhil, Djibouti, near the Ethiopian border. (Joseph Giordono / S&S) 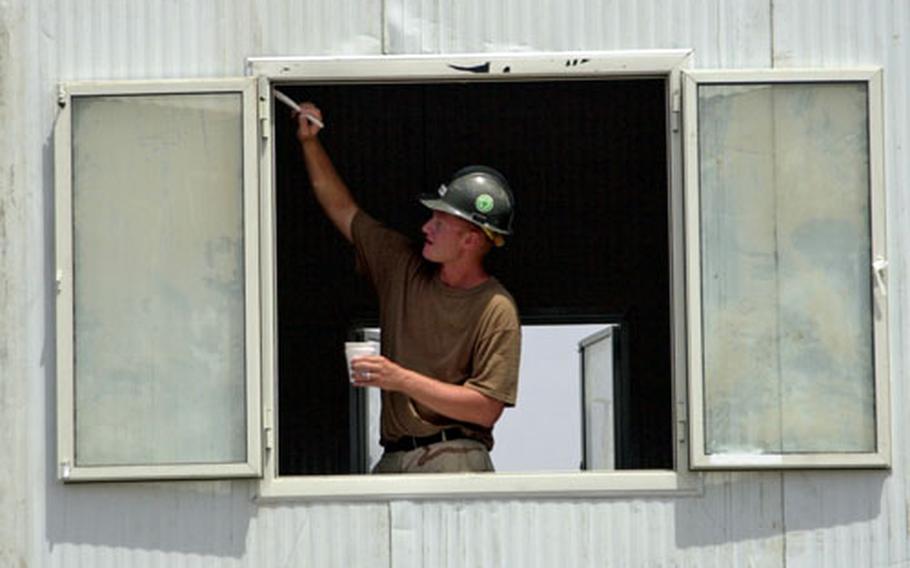 Editor&#8217;s Note: This is the second in a three-part series about the U.S.-led mission in the Horn of Africa. Part I appeared on June 25.

DIKHIL, Djibouti &#8212; A few miles from the Ethiopian border, a team of Navy Seabees is putting the final touches on a white metal building that will eventually house some 100 school kids from area villages.

The project is one of dozens being undertaken by a U.S.-led military task force in the Horn of Africa, designed to win what American officials openly say is a competition to influence a region prone to lawlessness and support for fundamentalists and terrorists.

&#8220;My name could have easily been on a list to go to Iraq, fighting a different kind of war. It&#8217;s remarkable what we&#8217;re doing here,&#8221; Petty Officer 1st Class James Penney, the Seabee team leader and a 31-year-old from Bushkill, Pa., said. In fact, most of the members of Naval Mobile Construction Battalion 7 now working various projects throughout the Horn of Africa have served in Iraq.

The dormitory, when finished, will encompass about 4,500 square feet and be divided into sections for boys, girls, and live-in staff. The Seabees will offer a one-year guarantee on work and upkeep; after that, it&#8217;s up to the Djiboutian Ministry of Education to keep the building up to speed.

But some local villagers aren&#8217;t giving much credit to the American project. Standing amid a group of men at a filling station near the dormitory project, one man complains that American officials never followed through on a promise for compensation after his relative was killed in an accident.

Another man says the dormitory will be no good to people from Dikhil, as it will mainly be used by children from other communities. What he wanted was a solar power station.

The construction site itself is roped off with barbed wire and small guardpost manned by members of the 1st Infantry Division from Kansas. While local workers are sometimes brought in as day labor, and the guards sometimes play with the local kids as they walk past the compound, there is a definite separation between the project and the community, in part for security.

The security situation here is much different from that in Iraq, where the unit served last year.

Petty Officer 2nd Class Josener Jeanlouis is the Seabees&#8217; de facto translator. Born in Haiti, Jeanlouis speaks fluent French, which is one of the major languages in Djibouti.

But communicating what the project means, and building a good reputations for Americans in this part of the world is what the mission is all about.