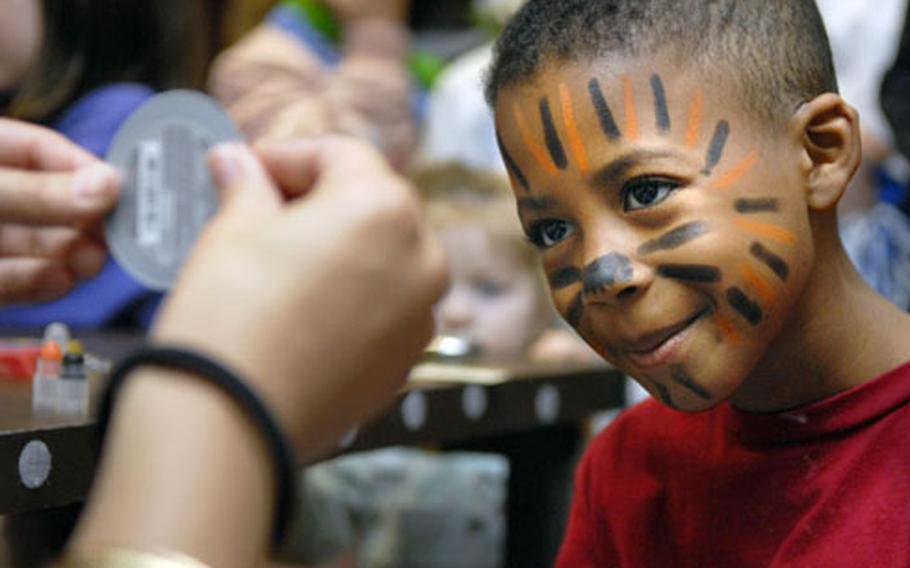 Xavier Woodard, 7, checks out the handiwork of Michelle Zapata, a face painter and senior at Baumholder High School, Friday during the Buc Night fundraiser in Baumholder. (Ben Bloker/S&S)

Xavier Woodard, 7, checks out the handiwork of Michelle Zapata, a face painter and senior at Baumholder High School, Friday during the Buc Night fundraiser in Baumholder. (Ben Bloker/S&S) 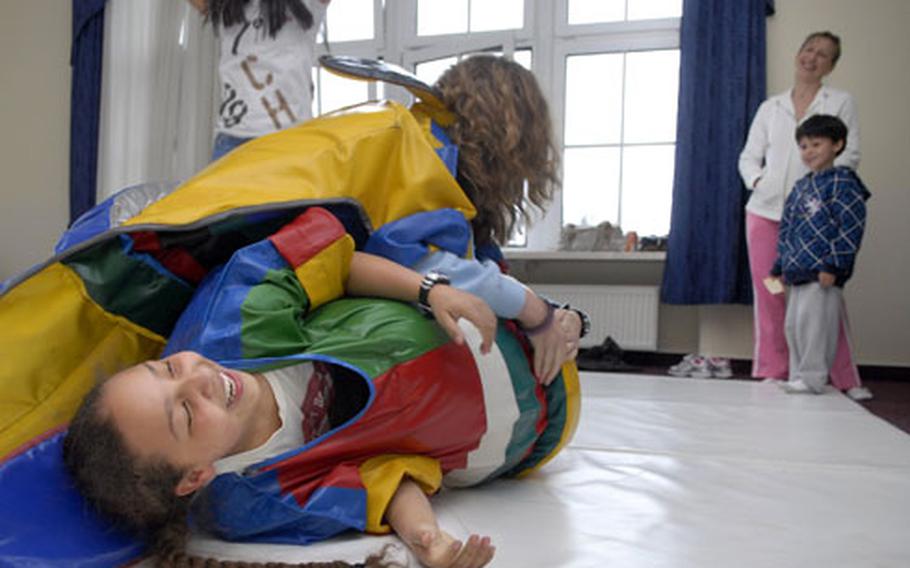 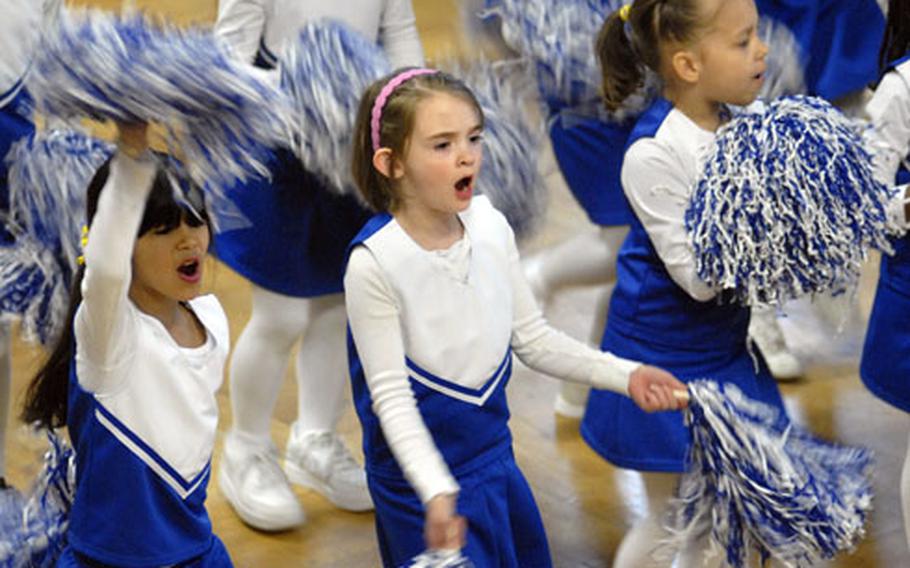 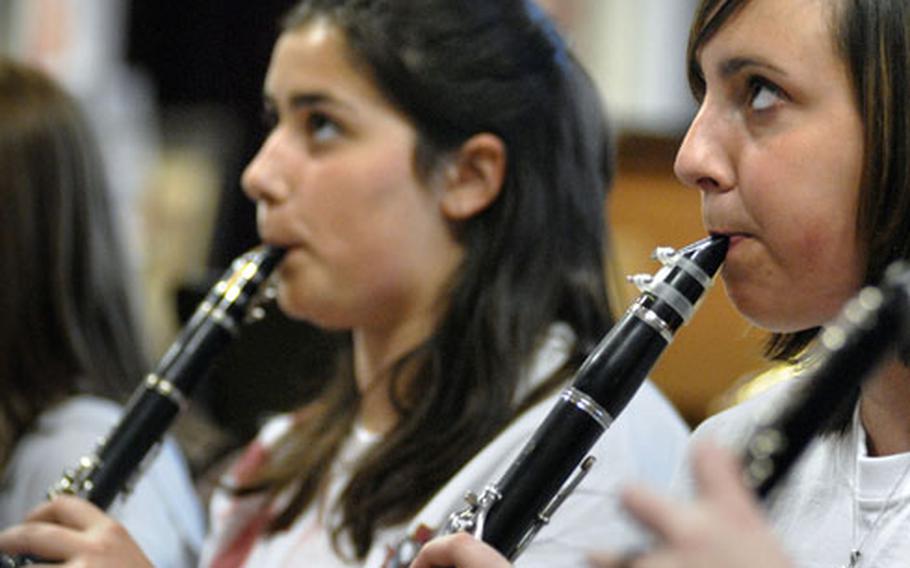 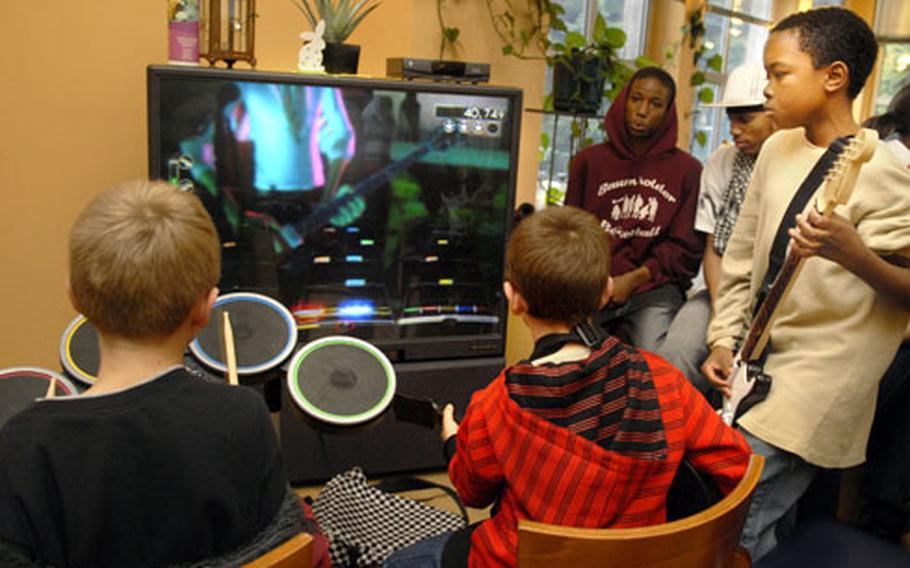 BAUMHOLDER, Germany &#8212; Already a veteran of eight schools, Brook Beaver transferred to Baumholder High School this past fall at the start of her senior year. She didn&#8217;t know what to expect.

On Friday, Beaver, 18, hawked wares with her classmates, joked with them and scrawled messages of farewell and eternal friendship on their T-shirts at Buc Night, an annual carnival and auction where all the profits are split among college-bound seniors to help with tuition, books and other expenses. Other bases have tried to duplicate the event, which is now in its 18th year, but none has succeeded like Baumholder&#8217;s.

Senior adviser Joy Magowan said the tight-knit group of students &#8212; there were about 50 seniors in this year&#8217;s class, a large one for Baumholder &#8212; and the small community is why the event works so well.

"It&#8217;s such a small school that the kids are all very supportive of one another," she said. "And the people here all work together. It just makes me feel warm inside to watch Buc Night."

The annual event was moved inside the Rheinlander Club by the rain. But that didn&#8217;t tamp down the spirit and excitement as hundreds of people packed its auditorium. They gobbled bratwurst, steak sandwiches and nachos covered with cheese and other toppings. Kids squealed as they suited up in thick Sumo wrestling costumes, then grappled until both fell to the ground, floundering like fish on dry land.

The highlight of the event, though, was the auction. On the block were donated gift packages such as a man&#8217;s dream &#8212; a mini-fridge stuffed with drinks and other goodies along with an easy chair to lounge in while watching the game.

"We&#8217;ve also got a baby basket, because there is always a baby boom when the guys come home," said Emma White, who helped organize the event. Most of the garrison&#8217;s soldiers are deployed to Iraq and are expected to return in late May.

The bidding was frenzied, with people often ignoring the actual value of the items simply because the proceeds went to the seniors. Le-Anna Villarin won an antique trunk stuffed with wine, chocolates, massage oils and other bath products. After she plunked down her $900, she nagged her friends.

Sue Oppliger, who will be putting her second child through college, added: "In this economy, every little bit helps."

For the seniors, though, the night was less about how much money they took home than having the chance to hang out one last time before graduation.

"It brings us closer together," said Anna Paulhamus, 18, who may be going far away. She is hoping to attend a university in Australia next year.

"We&#8217;re all really close knit," added Jacob Duly, 18,who will be attending SUNY-Potsdam in New York. "Everybody hangs with everybody."