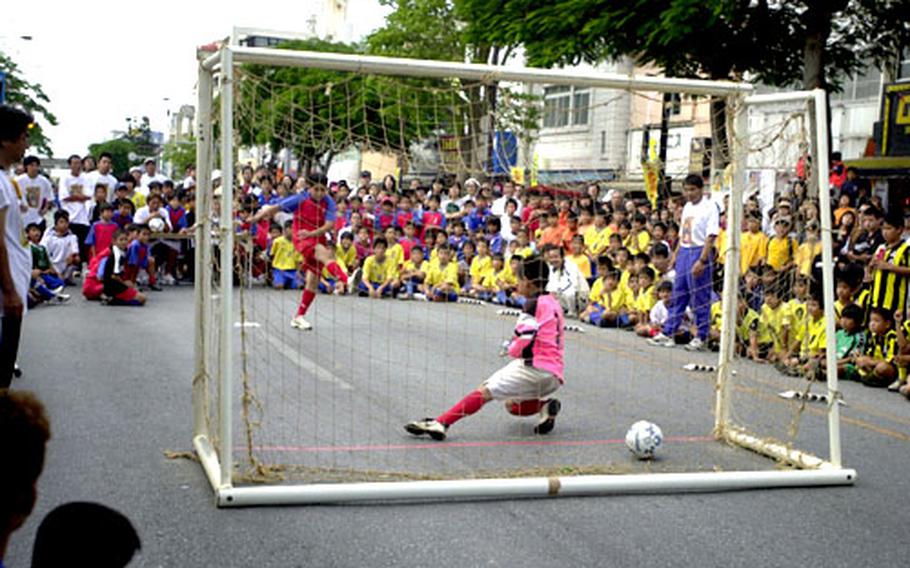 Hundreds look on as a goal is scored during a soccer competition at the Okinawa International Carnival in Okinawa City Saturday. Kids also were able to compete in a three-on-three basketball tournament. (Fred Zimmerman / S&S)

Hundreds look on as a goal is scored during a soccer competition at the Okinawa International Carnival in Okinawa City Saturday. Kids also were able to compete in a three-on-three basketball tournament. (Fred Zimmerman / S&S) 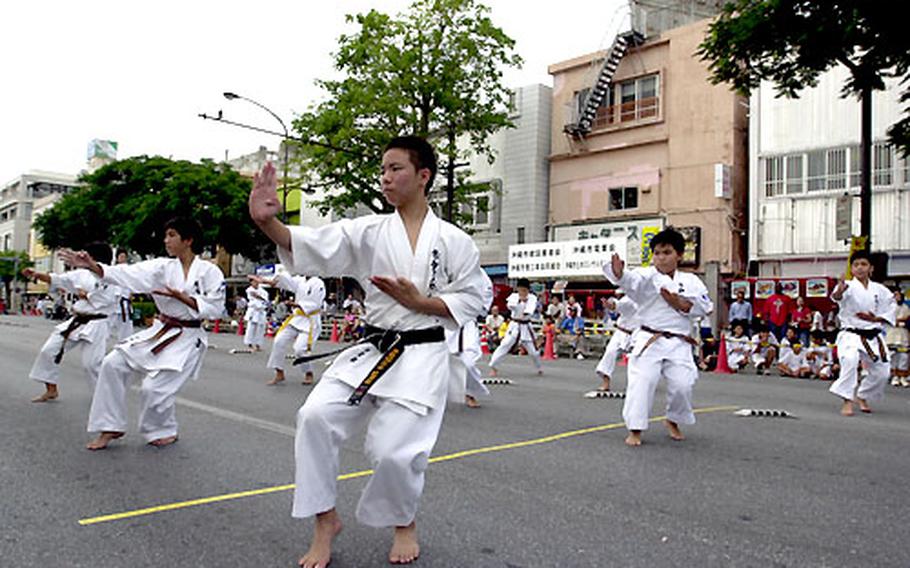 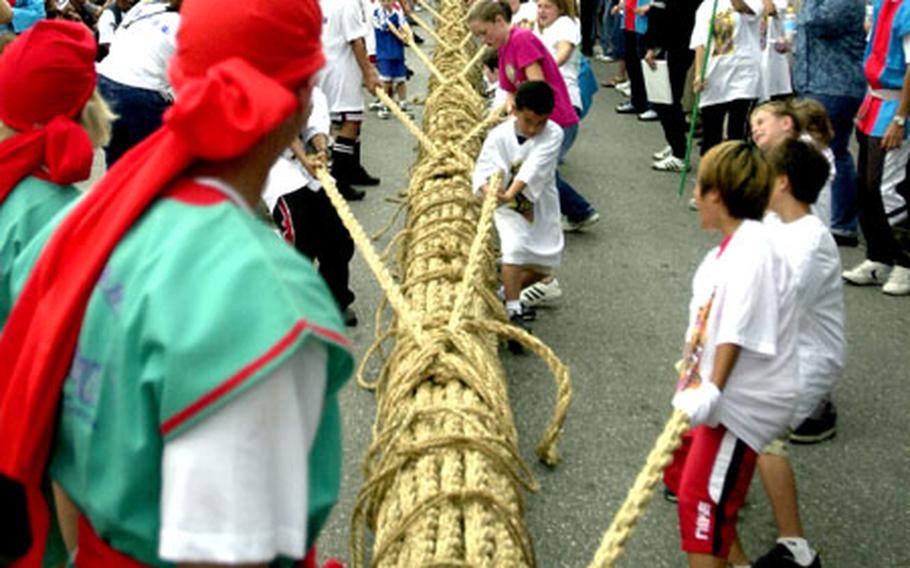 That might be considered the score when the international children of Okinawa City took on local residents in two tug-of-war contests Saturday at this weekend&#8217;s Okinawa International Carnival.

The ropes were a much smaller version of the ones used during the famous Naha event, which weigh in at one ton each. Almost 200 American and Japanese volunteers built the rope in three days.

Before the children began, Brig. Gen. Jeffrey Remington, the 18th Wing commander, addressed the crowd. He said that children of all ages and adults know the game of tug-of-war and that it takes brute strength. He added that it&#8217;s the &#8220;strength of the rope that binds us together.&#8221;

After Remington&#8217;s short speech, the children prepared for their competition. When the flag dropped and the pulling began, it was a stalemate: The rope didn&#8217;t move for almost five minutes. The international team budged the rope first, but the Okinawan children quickly recovered and won.

The international team had another chance, though, as two contests were planned. But the second was much like the first; again, the Okinawan team came out on top.

The rope-pull was just one among a weekend of events, which saw the street outside Kadena&#8217;s Gate Two shut down Saturday and Sunday. The goal was to bring Okinawans and international residents together for a weekend of food and fun.

Food vendors lined the streets, offering everything from corn dogs and French fries to Okinawan fare. Bands and dancers performed; kids could enter a three-on-three basketball tournament and soccer shootout &#8212; and, of course, the tug-of-war.

The carnival was to wrap up Sunday with more than 5,000 participants in the International Parade.