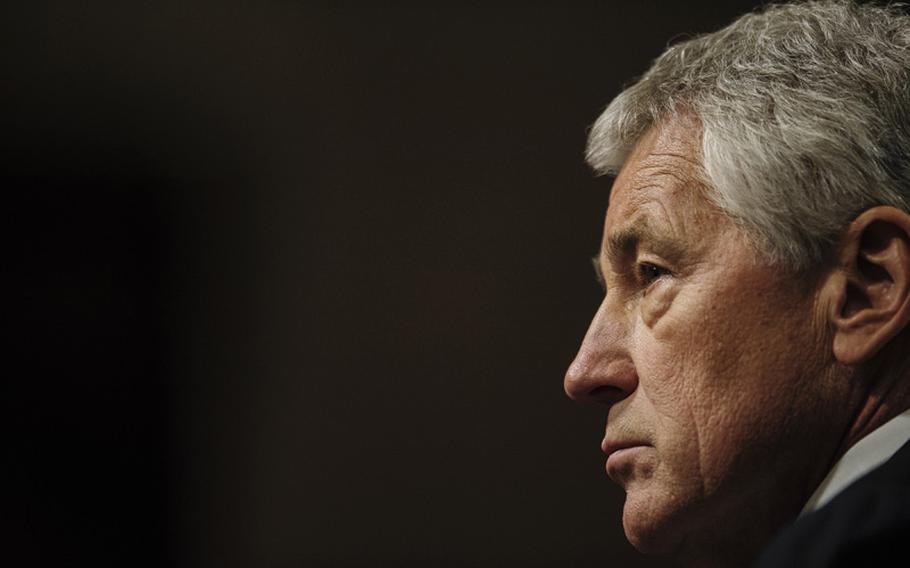 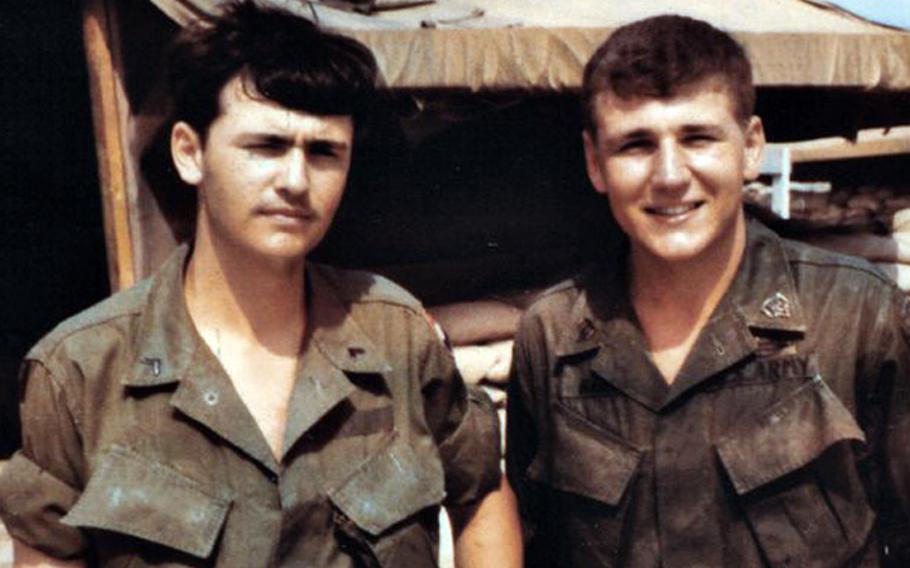 Chuck Hagel, right, with his brother, Tom, in Vietnam. ()

WASHINGTON — After a lacerating battle in Congress that saw his record bashed, his foreign policy knowledge criticized and even a “cozy” familiarity with America’s enemies alleged, Chuck Hagel limps into the Pentagon as the 24th U.S. Secretary of Defense.

The Senate on Tuesday confirmed Hagel, 66, a former Army infantry sergeant with two Purple Hearts and the first Vietnam veteran to run the Defense Department, by a vote of 58-41.

For the first time in the nation’s history, a cloture vote was needed to end a filibuster and bring a defense secretary nomination to a vote. Hagel, who served two terms as a Republican senator from Nebraska, faced weeks of fierce GOP opposition. Former Senate colleagues portrayed him as soft on Iran and Hezbollah, a weak supporter of U.S. ally Israel and eager to shrink the U.S. nuclear arsenal.

After Hagel’s stumbling performance in his Jan. 31 confirmation hearing, Republicans painted him as unready for the job and far to the left – “out of the mainstream … on most issues of foreign policy,” according to Sen. Lindsay Graham of South Carolina.

The Senate Armed Services Committee ultimately approved his nomination in a party-line 14-11 vote after Senators sparred over Hagel’s attitude toward Iran, which is locked in a showdown with the United States over the Islamic regime’s nuclear ambitions. “I’d say he’s endorsed by [Iran,]” said Republican Sen. James Inhofe of Oklahoma. “You can’t get any cozier than that.”

Republicans continued to direct fire at President Barack Obama’s pick in recent days even as they acknowledged that Hagel would soon be confirmed.

“I do not believe that Chuck Hagel, who is a friend of mine, is qualified to be secretary of defense,” fellow Vietnam vet and Arizona Senator John McCain of Arizona said on CNN on Sunday. McCain voted Tuesday with a 71-senator majority to end the filibuster, but later voted against confirmation.

Now Hagel has to take the reins of one of the world’s largest, most complex bureaucracies at a time of high turmoil. This week, $500 billion of automatic budget cuts stretched over a decade are set to kick in, something defense officials say could damage military readiness within months and contribute to a long-term weakening of national defense. Meanwhile, a continuing resolution now funding government operations because Congress has not passed a federal budget is set to expire next month, raising the threat of a government shutdown if a new agreement is not reached.

The only body potentially able to forestall those effects is the same ideologically riven Congress that hammered Hagel mercilessly for weeks. There’s no time for licking of wounds from the confirmation process on either side, former defense officials and security analysts said.

“Resentments no doubt will linger after this process,” said William Cohen, a Republican who served as defense secretary in President Bill Clinton’s second term and who endorsed Hagel. “I hope that the members of Congress who opposed him will say, ‘We’ve had our go … and now that he’s confirmed we’ll do whatever we can to support the national security of the United States.’”

As withering and heated as the confirmation process became, the fire should die down quickly, experts said.

“These guys all have thick skins, and now they know they have to move on,” said James Carafano, a vice president and foreign policy expert at the conservative Heritage Foundation in Washington. “There are much bigger fish to fry than hurt feelings.”

The fire Hagel took in the Senate had far more to do with politics than his qualifications, said Hagel supporter Larry Korb, a former assistant secretary of defense and now a senior fellow at the Center for American Progress, a left-leaning Washington think tank.

Congressional Republicans are angry at Hagel’s conspicuous break with the Bush administration over the Iraq war, Korb said, and see him now as a turncoat Republican representing a Democratic administration.

“The motivation was if Hagel goes down, it reflects poorly on Obama,” he said. “But now that he’s in there, all that is over and everyone moves on.”

The real test of Hagel’s mettle wasn’t the confirmation process; it will be the decisions he makes and relationships he builds in the coming months, Carafano said. Winning the trust of Joint Chiefs, and convincing them that he will fairly represent the Pentagon to the White House and in Congress will be key, he said.

“He has to be the grease between a very precise, very directive president on one hand, and between a bunch of guys in the Pentagon, the chiefs, who are trying to fit square pegs into round holes” because of the defense budget crisis, Carafano said.

Although it didn’t win him much slack with Republicans in Congress, Hagel’s status as a straight-talking former enlisted man will facilitate his ability to manage the Pentagon, Korb said.

“He’s got a lot of credibility when it comes to something like dealing with military pay and benefits,” he said.

Hagel is clearly “Obama’s guy,” Korb said, in contrast to former defense secretaries Robert Gates, a holdover from the George W. Bush administration, and Leon Panetta, a longtime Washington insider whose advocacy for preserving Pentagon budgets was a little too vigorous for a White House focused on slowing defense expenditures, he said.

Hagel will be an effective mediator, and crucially, will be effective in selling the directives that come down from a controlling White House to the Pentagon bureaucracy, Korb predicted.

Carafano said he wasn’t so sure that Hagel, considered prickly and inflexible by detractors, would excel in the role of mediator.

“That doesn’t really sound like Chuck Hagel to me,” he said.

Hagel won’t simply be a yes man to the Obama administration, Korb said. The Nebraskan showed he could be independent when he resigned as deputy administrator from the Veterans Administration in 1982 after disagreements with the agency’s director over funding cuts, Korb said.

“You’ve got battlefield courage and you’ve got bureaucratic courage, and those two don’t always go together,” Korb said. “Chuck Hagel’s demonstrated both.”

Hagel is a “tough guy,” Cohen said, able to shake off political wounds and lead the Defense Department through trying times.

“He’s a warrior – he’s shown that throughout his career,” Cohen said. “I think he can show that leadership, and establish it right away.”