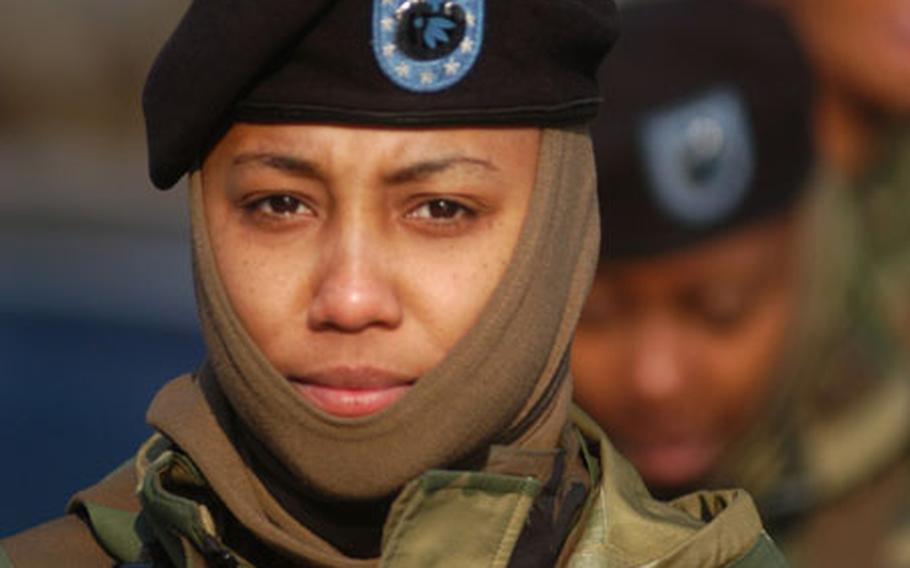 CAMP RED CLOUD, South Korea &#8212; With chilling winds whipping across the Korean peninsula and temperatures dropping into the single digits, the U.S. Army is stressing cold-weather safety to its troops.

Part of last week&#8217;s New Horizons Day &#8212; an 8th Army-wide safety stand down &#8212; focused on protecting soldiers from the frigid elements, including classes on cold-weather injuries, gear and risk assessment.

Maj. Jason Pike, commander of the 5th Medical Detachment at Yongsan Garrison, said keeping soldiers safe in the cold is &#8220;very much part of the Army conscience,&#8221; and is the &#8220;responsibility of both the individual soldier and the command.&#8221;

Soldiers coming to South Korea are issued cold-weather gear and are trained to use it properly, Pike said. And, he stressed, the training is mandatory.

He stressed to the soldiers &#8212; from privates to sergeants major &#8212; that staying safe in the cold is everyone&#8217;s responsibility.

&#8220;You have to ensure your soldiers are staying healthy,&#8221; Nylander told the noncommissioned officers.

Bunch said the training is vital so soldiers can learn the right gear to wear for different conditions. &#8220;When used properly, this gear will keep them safe,&#8221; he said.