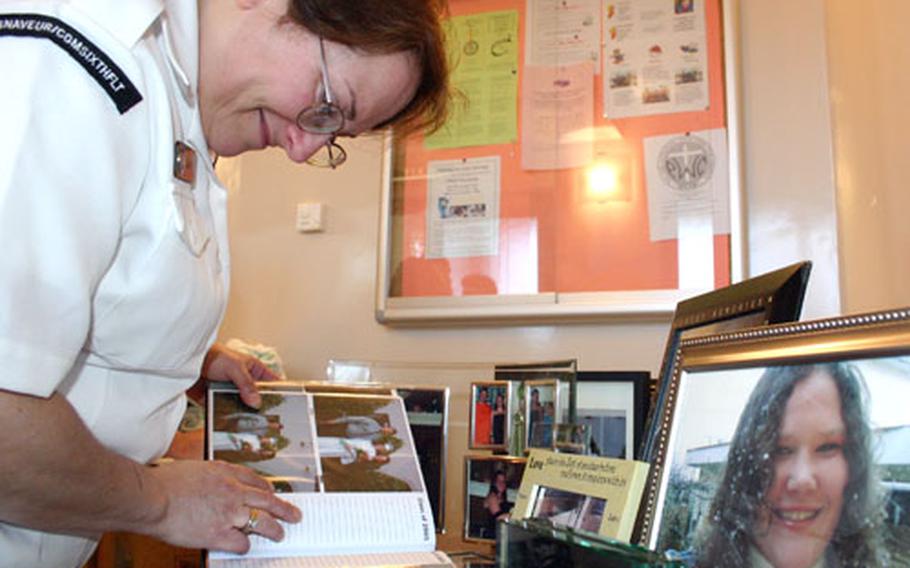 He found that one word.

&#8220;She was simply perfect,&#8221; Nicholas said at a memorial service held Tuesday for Kelli Marie Johnston, 18, killed Saturday in a car crash near the U.S. Navy base in Naples.

And when he now looks at a photograph he shot of his sister, the one with flecks of snow in her hair, two things happen, he said.

Whether it was her bright smile, her verve for life, or her passion for dancing, Kelli had a tremendous impact on the lives of many people who live and work at Naval Support Activity Naples.

She had been in Italy for only nine months, and yet Tuesday, it was standing-room only at the support site chapel at Gricignano as more than 300 people attended her memorial service.

Johnston was killed in a 5:45 a.m. car crash Saturday that injured another girl. The survivor remains at an Italian hospital recovering from minor injuries, a Navy official said. The collision is under investigation and details are not available.

Johnston graduated from high school in June in Cary, N.C., where she was active in the Yellow Ribbon Suicide Prevention organization, SAVE (Students Against Violence Everywhere) Club and other organizations. She also was in the Navy Junior ROTC program for two years.

She decided to attend college in Italy, where her family is. She studied at the University of Maryland and had planned to major in psychology.

Friends and co-workers on Tuesday shared thoughts, poems and letters of goodbye of the teen who worked at the base Subway sandwich shop and described herself as the &#8220;smiling sandwich artist.&#8221;

A memorial has been set up on the Internet at: http://www.kellijohnston.com/cms.