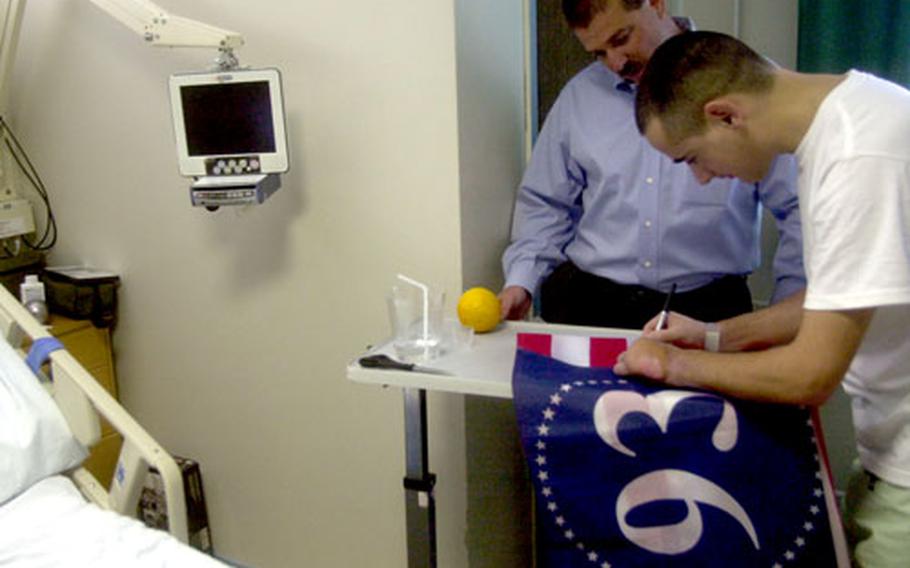 Romanian Staff Sgt. Larentiu Serban, who lost a leg as a result of a land mine in Afghanistan, signs a Flight 93 memorial flag Thursday at Landstuhl Regional Medical Center, Germany. (Steve Mraz / S&S)

Romanian Staff Sgt. Larentiu Serban, who lost a leg as a result of a land mine in Afghanistan, signs a Flight 93 memorial flag Thursday at Landstuhl Regional Medical Center, Germany. (Steve Mraz / S&S) 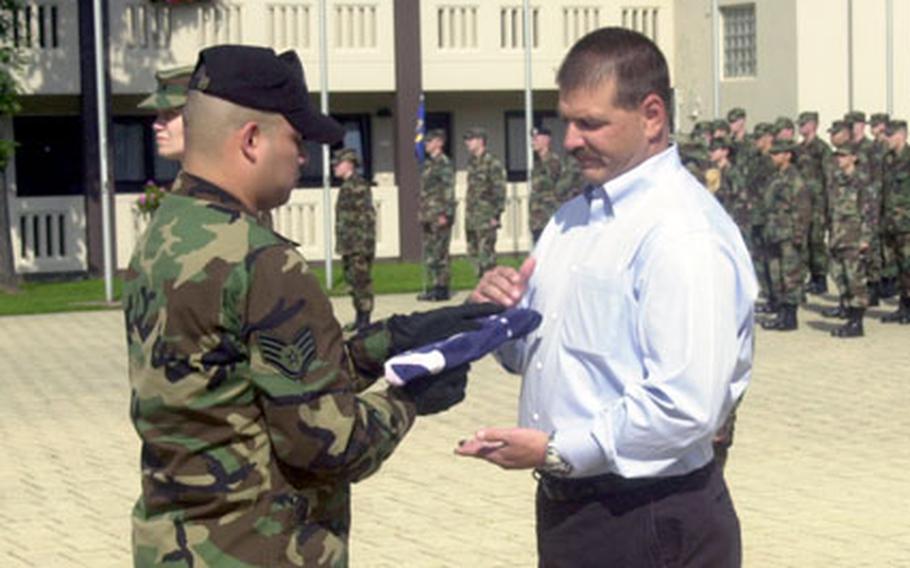 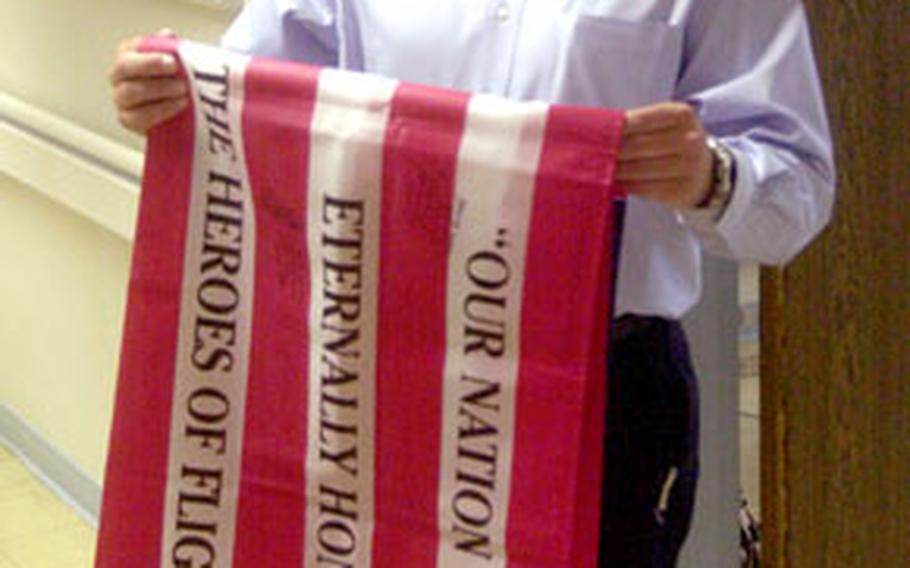 LANDSTUHL, Germany &#8212; No matter how painful it is, Ken Nacke wants America to keep fresh the story of his brother and the 39 others who died on Flight 93.

With the fifth anniversary of Sept. 11, 2001, approaching, Americans will be reminded of what Nacke&#8217;s brother, Louis, and other Flight 93 passengers were able to do on that fateful day.

Ken Nacke, a nearly 19-year veteran of the Baltimore County Police Department, visited Kaiserslautern military community installations Thursday to thank troops for their role in the global war on terror.

&#8220;The men and women of our military are continuing the fight my brother and the other people on that flight started,&#8221; said Ken Nacke while visiting hospital staff and wounded troops at Landstuhl Regional Medical Center.

Nacke&#8217;s brother and other passengers on United Airlines Flight 93 perished Sept. 11, 2001, when the plane crashed in Shanksville, Pa., after passengers revolted against terrorists who hijacked the aircraft. It is believed that the terrorists intended to fly the plane into either the White House or the Capitol.

Nacke, who serves on the Flight 93 Advisory Commission, also collected three Flight 93 memorial flags that were signed by about 1,200 people in recent weeks while on display around Ramstein Air Base.

&#8220;The folks that are signing the flags are actually signing into a piece of history,&#8221; said Staff Sgt. Ryan McGettigan with Ramstein&#8217;s 435th Communications Squadron. McGettigan and his father are friends of Nacke&#8217;s.

Members of the Ramstein Air Base Honor Guard formally presented Nacke with a Flight 93 memorial flag during a solemn ceremony Thursday afternoon at Kapaun Air Station.

The experience was overwhelming and humbling, Nacke said.

&#8220;When the visitors&#8217; center for the memorial is opened, I hope all three flags are displayed for everyone to see for generations to come,&#8221; Nacke said.

The plan is to have more troops sign additional flags to be included in the permanent memorial.