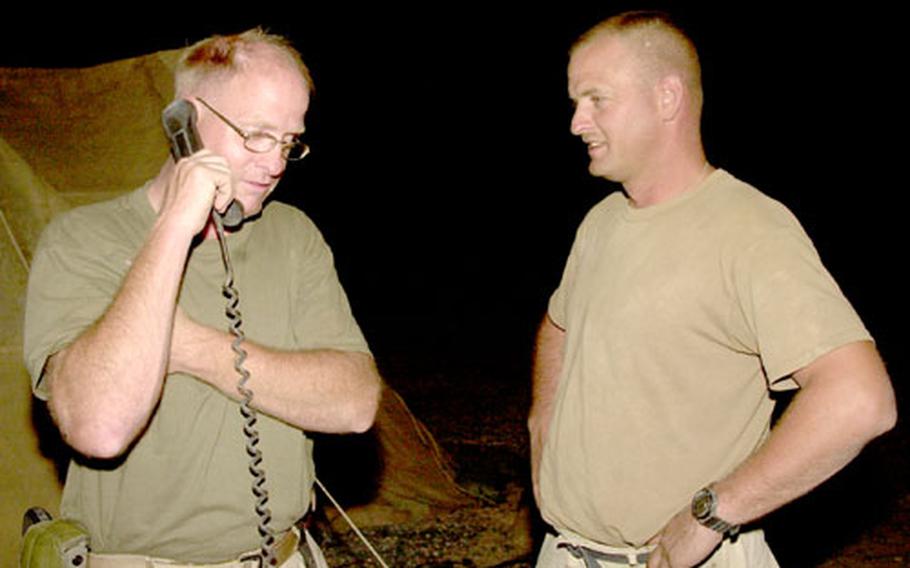 Brian, 34, learned from his sister-in-law, Wendy, at Fort Hood, that his brother literally had only the shirt left on his back. Luckily, the two brothers were only a few miles apart.

At Camp Fox, Brian packed some supplies and headed to Camp Udairi, about 25 miles north of Kuwait City. He found his sibling sifting through a pile of charred equipment in the remains of an Army tent.

Other soldiers stopped by, offering clothes and gear. A sergeant major from the 1st Brigade, 1st Armored Division collected donations from his soldiers and came over with armfuls of assistance for the engineers.

Meanwhile, several teams of fire investigators nailed down the fire&#8217;s start point. Five local workers, detained because they may have been cooking in the area, were questioned and released.

One soldier was slightly burned running from the tent.

Lt. Col. Pete Bosse, the camp&#8217;s mayor, spoke with leaders Wednesday morning about the fire. Already, there are plans to rebuild the large tents, which were slated to house an Internet cafe, phone center and a large-screen television.

A cardboard box caught fire and the blaze was quickly extinguished.