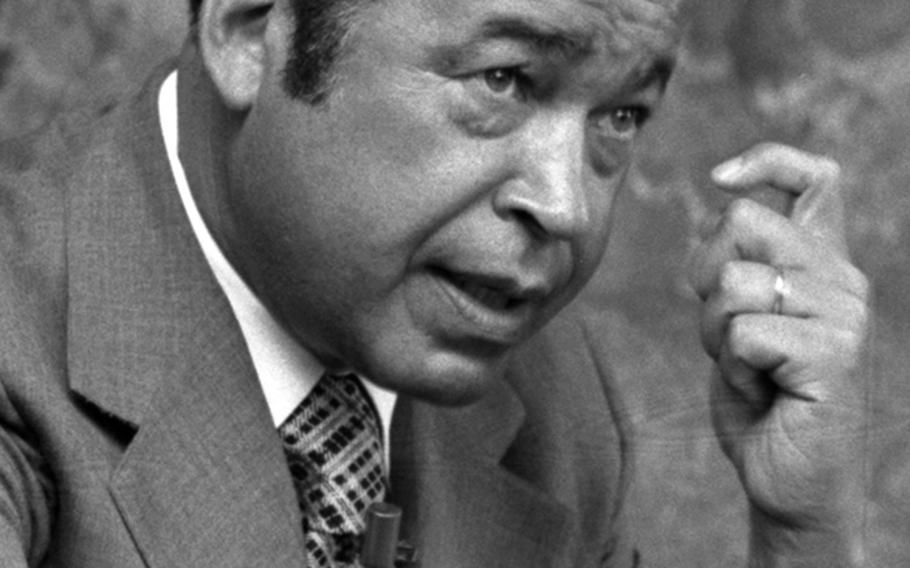 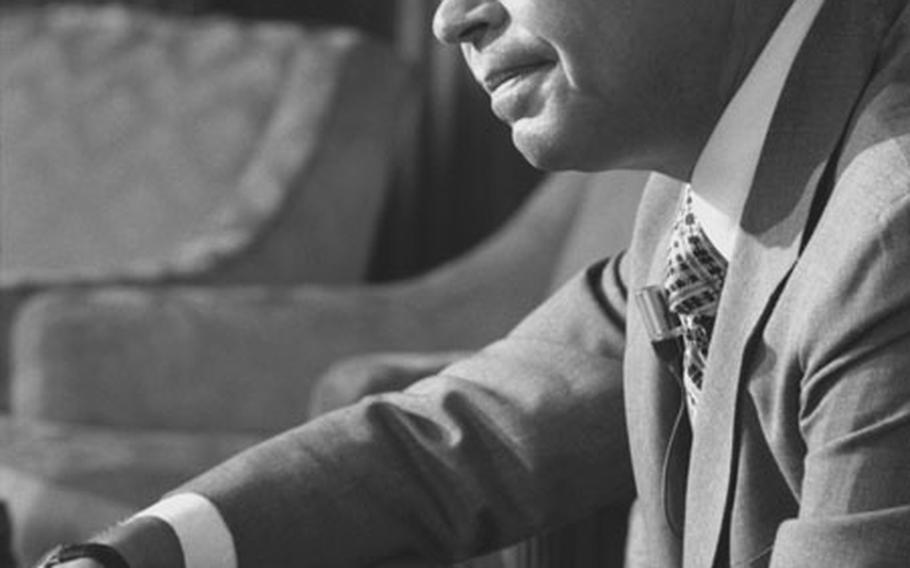 Speaking at a press conference before addressing the 1973 commencement of Boston University's overseas graduate program, Brooke declared that the "real problem" which resulted in Watergate "didn't start with incumbent Richard Nixon" but has been going on for a long time.

"We've seen an erosion of legislative powers, in many instances an abdication of legislative powers. The Constitution always provided for a balance in our three-branch system of government. But I think what has happened to this country ... is that the American people have created almost a god-king in the office of the presidency .... And I think his aides had almost unprecedented power ... and had come to think that the President's will and the embodiment of the national will were one and the same thing and therefore they could do anything to protect and, in this instance, to re-elect the President."

He added, "I hope that as a result of Watergate there will be a return to the more balanced system of government."

"There is some merit" to a proposal that there be an amendment limiting a president to one six-year term, he said.

"I am not prepared at this time to endorse it, to say that I would vote for it, but it does have some merit and we are studying it," he said.

"Oftentimes too many of any officeholder's opinions, judgments are based upon the need for re-election ..."

He said he expects the relationship between the President and Congress to improve as a result of Watergate.

"It: is true that prior to Watergate the President was not accessible, particularly to Congress. General Haig (Alexander Haig, the new White House chief of staff) I believe is a man who understands the Congress and the necessity for better relationships between the executive and legislative branches of government."

He said that "things have not come to a standstill" in Washington as a result of Watergate "but they certainly have slowed down, It has had a very serious impact on the effectiveness of the American government."

While Watergate has been "a very painful experience for us, I think we are getting on top of it.. I see now a resumption of government activities at the pace that it was prior to Watergate."

Turning to the subject of equal opportunity within the U.S. military, Brooke, the first black U.S. senator since Reconstruction, said he planned to talk with Gen. Michael S. Davison, USAREUR commander-in-chief, on this subject.

Brooke said that the racial eruptions in Europe "have been very disturbing."

"We are watching very closely in the Congress and they (racial disturbances) are discussed quite frequently."

He said, "We will be taking on very shortly a new equal-opportunity assistant defense secretary and we expect he will be given all the authority that he needs to work with. And hopefully we will have a very meaningful equal opportunity program within the military."

In the prepared. text of the speech Brooke was to deliver to 145 Boston University graduate students at the Rosengarten in Mannheim, he asserted that a unilateral troop reduction in Europe would be a mistake.

"Those demanding such action fail, in my view, to adequately take into account our overall priorities and other developments in East-West relations that would be negatively affected by precipitous withdrawal," he said.

"Such a view mistakes what might be for what it is."

Europe must assume an increasing part of the burden of its own defense, but any adjustments in U.S. forces should be timed "to coincide with increased European defense capabilities."