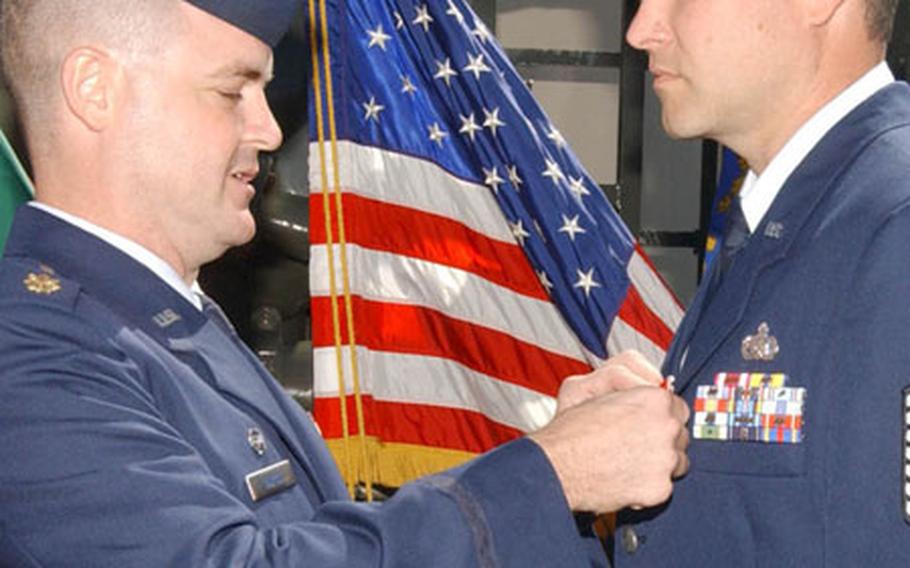 NAVAL STATION ROTA, Spain &#8212; Unless they can&#8217;t pump gas to those who need it, the job of military fuels managers often gets overlooked.

However, the work performed by an Air Force fuels management flight chief at a forward operating base in the Kyrgyz Republic has not gone unnoticed by top commanders.

It also mentioned that he streamlined handling procedures for liquid oxygen and supported more than 1,800 sorties.

Boulier, who calls Eagle River, Alaska, home, was in the Kyrgyz Republic from August to December last year.

He worked at a military base that was a launching pad for planes providing air cover and support for troops in Afghanistan. His primary mission was to manage fuel distribution, helping supply 70-helicopter, 830-fighter, 165-tanker, 310-airlift and 450-transient aircraft sorties.

But he did more than that. According to the citation:

&#8226; He is the only flight chief to integrate coalition forces from 10 nations into a cohesive unit under his charge.&#8226; Saved the Air Force $20,000 by producing a spill recovery plan approved by the Defense Energy Support Center.&#8226; Encouraged personnel to participate in Habitat for Humanity and trips to local orphanages.&#8226; Designed a pair of portable fuel systems to replace two 1950s Russian service stations.&#8226; Helped reduce consumption by an &#8220;unprecedented&#8221; 83 percent, saving the U.S. government $25,000 monthly.

Boulier said the biggest challenge was the fact that the base was far from supply lines and situated in austere conditions. But he enjoyed the challenge.

Boulier said he is not sure how long he is going to stay in the Air Force, but he has no plans to leave any time soon.