British visa no longer required for US military dependents 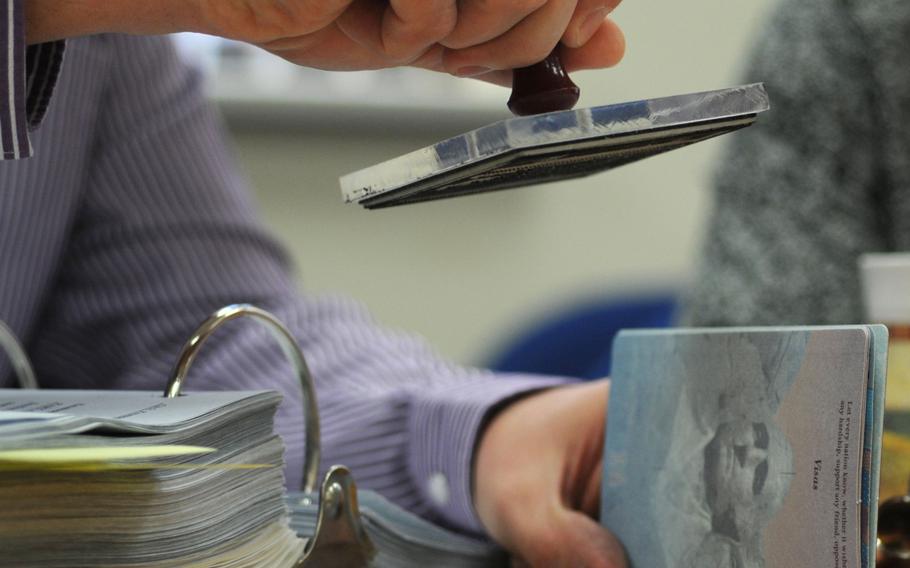 RAF MILDENHALL, England — Dependents of U.S. servicemembers assigned to the United Kingdom will no longer need a British visa.

The requirement that all dependents obtain a U.K. visa before arriving has been dropped as long as the spouse or dependent child under age 21 is listed on the sponsor’s military orders, Air Force officials said.

If not listed on the military orders, the dependent would need an official document showing the connection to the servicemember, such as a command sponsorship letter, said Carol Hubbard, a lawyer with the U.S. Air Forces in Europe U.K. office.

Dependents were already exempt from having to submit biometric data — a digital photo and fingerprints — but that exemption would have expired this year, Hubbard said. When the U.S. requested an extension of the exemption, the British government lifted the visa requirement because biometrics are compulsory under European Union regulations.

The U.S. military brings “dependents in from all over the world. Some of these dependents don’t go back to the United States before they come over to the U.K. to be stationed,” said Col. Stephen Shrewsbury, director of legal services at USAFE-UK.

That could make acquiring the necessary biometrics difficult, he said. In the U.S., an office of the Department of Homeland Security would collect the data. But officials said that other countries might have very limited application locations and that they may not be near where servicemembers and their families are stationed.

“How were those dependents going to get biometrics became a very big challenge, and it was such a difficult challenge that it became really rather imperative that we try to avoid the biometrics collection rule altogether,” Shrewsbury said.

Dependents who need an official document to prove they are legitimately residing in the U.K., such as for employment applications or to attend British schools, can apply for an exemption vignette. The vignette, issued by the British government, is free. Hubbard said U.S. officials expect that applications can be made through U.S. military bases.