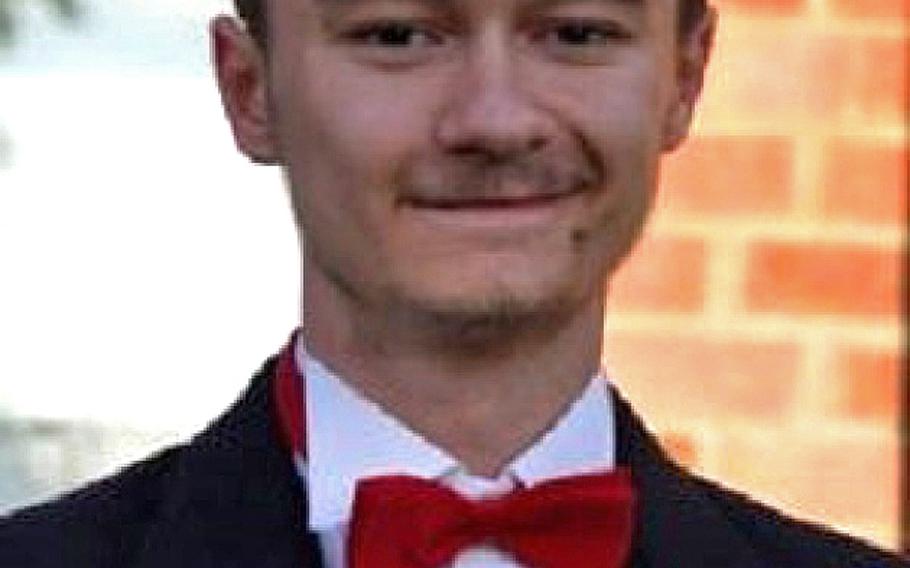 Matthew Strasbaugh, 18, the son of a airman who went missing and was found dead by British police at RAF Lakenheath, England, on Saturday, Nov. 17, 2018. (Courtesy of Suffolk Constabulary)

RAF LAKENHEATH, England — British police found the body of the 18-year-old son of an American servicemember at RAF Lakenheath on Saturday.

Matthew Strasbaugh, the dependent of an airman stationed at Mildenhall, was last seen Tuesday after he left his home on base to go shopping, Suffolk police said in a statement Saturday.

The death is being treated as unexplained but detectives do not suspect any suspicious circumstances, the police statement said.

Suffolk police and British Defense Ministry officials did not immediately respond to questions on Monday regarding the circumstances of Strasbaugh’s death and where he was found on the base, which hosts U.S. servicemembers but is owned by the British.

Police first announced that Strasbaugh was missing Thursday on the Suffolk Constabulary website. Suffolk Lowland Search and Rescue began searching RAF Lakenheath on Saturday after “initial search efforts were unsuccessful,” according to the police statement.

“Our thoughts and prayers are with the Strasbaugh family,” said Col. Christopher Amrhein, 100th Air Refueling Wing commander. “Thank you to everyone who assisted us in trying to find Matthew.”

“On behalf of our entire Liberty Wing community, we offer our sincerest condolences to the Strasbaugh family and our neighbors at RAF Mildenhall,” Marshall said.