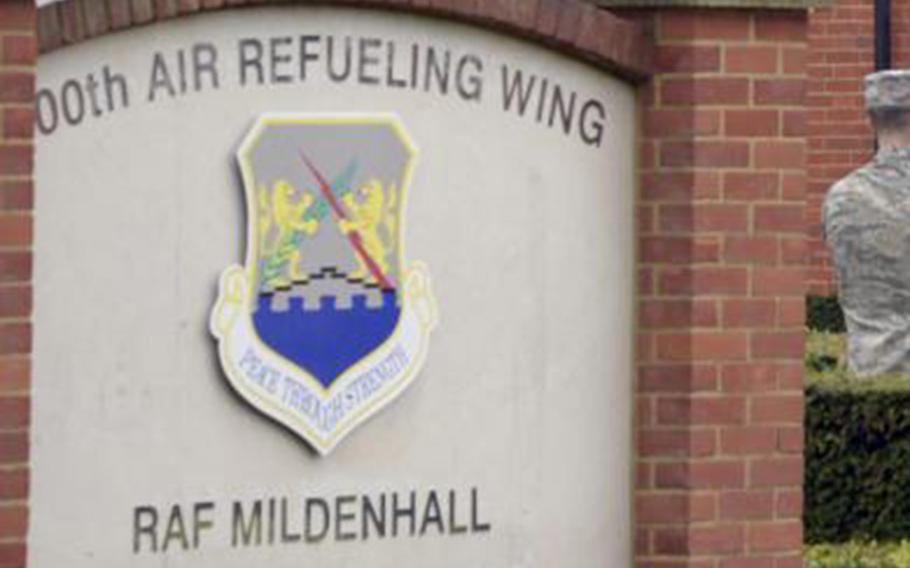 RAF Mildenhall was the site of a security incident on Monday. (Benjamin Cooper/Air Force)

U.S. Air Force officials and local news outlets reported that the base was put in lockdown Monday afternoon after a man driving a car tried to force his way onto the facility.

“Shots were fired by American service personnel and a man has been detained with cuts and bruises and taken into custody,” Suffolk police said in a statement.

Later U.S. Air Forces in Europe said the lockdown had been lifted and referred all queries to local British police.

On Monday evening the East Anglian Daily Times quoted police as saying a 44-year-old British man was arrested on suspicion of criminal trespass.

“Police investigating an incident at RAF Mildenhall can confirm that the incident is not being treated as terrorism,” a Suffolk police spokesman told the newspaper. “Police are not looking for anyone else on the site in relation to the incident” and “there is no wider threat to the public or occupants on the base…”

In 2015 an Islamic extremist was convicted of plotting attacks on U.S. troops based in the U.K. There are roughly 18,000 U.S. servicemembers, civilians and local nationals who work at various bases in England.