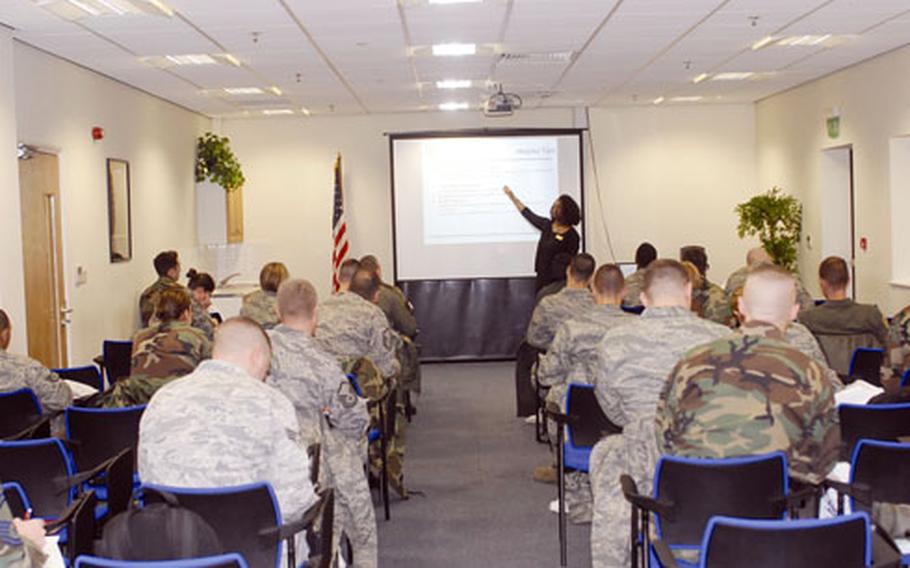 Angelina Quamina, the RAF Mildenhall Airman and Family Readiness Center Base Introduction program manager, helps new arrivals in the U.K. get accustomed to life in England. She teaches new arrivals about the culture, laws and other facets of living in Britain. (Photos by Mark Abramson/Stars and Stripes)

Angelina Quamina, the RAF Mildenhall Airman and Family Readiness Center Base Introduction program manager, helps new arrivals in the U.K. get accustomed to life in England. She teaches new arrivals about the culture, laws and other facets of living in Britain. (Photos by Mark Abramson/Stars and Stripes) 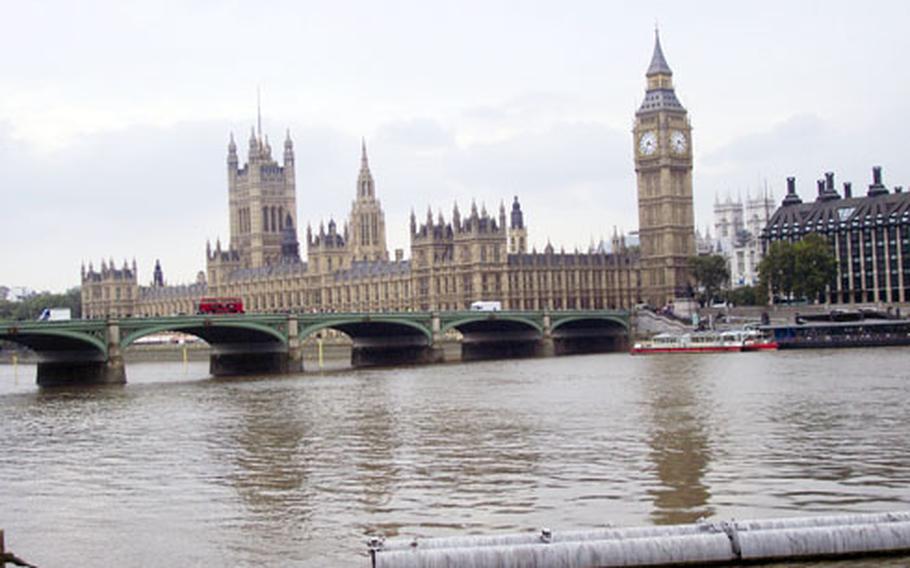 One way servicemembers, Department of Defense employees and family members can get accustomed to England is to take a trip offered by one of the Information, Tickets & Travel offices. Extended trips or day trips are available to places such as Stonehenge, London, Windsor Castle and other destinations. () 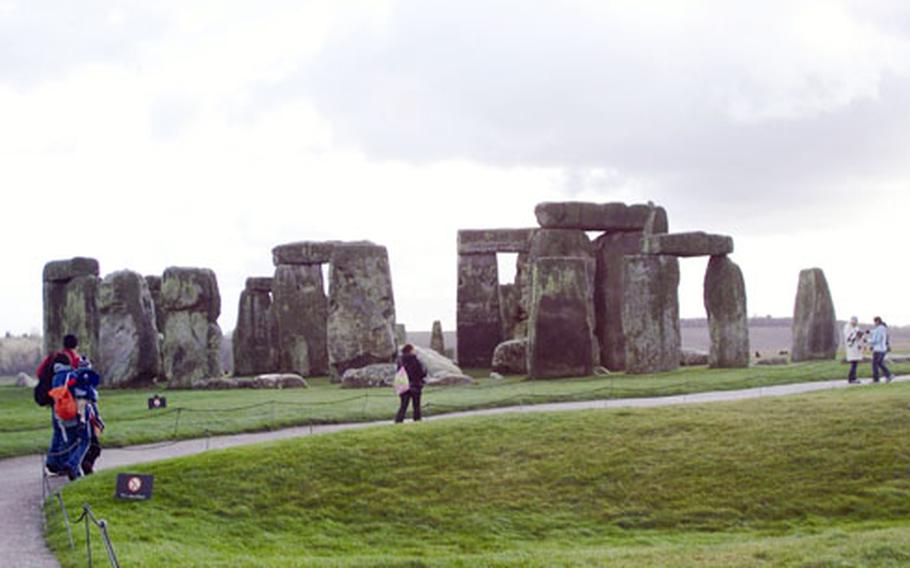 Air Force and United Kingdom Ministry of Defense officials say they realize that getting accustomed to being based in England takes more than just learning how to drive on the left side of the road.

And military bases welcome new people to their communities nearly every day. RAF Mildenhall officials said in January that people were moving to the base in large numbers and RAF Lakenheath officials said earlier this month that a lot of noncommissioned officers have been arriving to that base.

Air Force and U.K. officials have mandatory programs to help ease the transition process for American servicemembers coming to the U.K., but there are services available that go beyond the required programs.

The Airman and Family Readiness Center at U.S. bases in the U.K. provides a mandatory class covering such issues as British culture and laws. It is held at the Armed Forces Recreation Center.

But AFRC officials said they are also there to help servicemembers, Department of Defense civilians and family members after the mandatory class is completed.

Americans and Brits may speak the same language but there are definite differences between living in the States and England, said Angelina Quamina, AFRC&#8217;s base introduction program manager at Lakenheath.

"(Americans) think everything will be the same. They don&#8217;t anticipate the culture shock," Quamina said.

The number of contracts people have to sign for utilities is one of those shocks, she said.

British cultural quirks could be alien to Americans as well, she added. One of those quirks is that, in England, when people leave their drapes closed for a long period of time, it means there has been a death at that residence.

Tech. Sgt. Andrea Day was one of Quamina&#8217;s most recent students in the base introduction program. She called it "the best newcomers program" she has been through in the Air Force.

Lt. Col. John Galik, who also went through the introduction program recently, said he didn&#8217;t have any major concerns when he moved to Lakenheath. He credited the sponsorship program for addressing his questions.

Sponsors work with airmen for up to a year before the servicemember arrives by teaching them the ropes of living in England, helping the servicemember find a place to live and answering questions. Galik said his sponsor&#8217;s help with house-hunting has been the most useful advice.

The U.K.&#8217;s MOD has helped Americans acclimate by assigning community relations advisers to six bases where Americans are located. Those people are available to answer any questions us Yanks might have. And they post information about local community events and can help Americans find volunteer opportunities in nearby communities.

Maggie Clowes, community adviser at Lakenheath, said she also sees her job as advising Americans about British culture and etiquette.

"It is important that I am here not just for the military member, but for their families," she said.

As a former teacher, Clowes said, she has some inside knowledge on working with Americans to get their children in British schools and helping people find which school is best for their children. That is the No. 1 reason people come to her, she said.

The bases also encourage people to settle into their new home by taking in the sights around England through Information, Tickets & Travel trips.

ITT offers inexpensive day trips to sights such as Stonehenge, Windsor Castle, London, Dover Castle and other destinations within a four-hour drive from Mildenhall and Lakenheath. (For more information, see Page 15.)

"We have lots of newcomers coming in wanting to explore the area," said Kirsten Villamore, a travel agent with ITT at Mildenhall. "It helped me get used to the country. &#8230; England has a lot of history that the States don&#8217;t have."

For more information on adjusting to the U.K., call the Airman and Family Readiness Center at Lakenheath at DSN 226-3847 or the AFRC at Mildenhall at 238-3406. Maggie Clowes, community adviser at Lakenheath, can be reached at 226-3145. The MOD is trying to fill the community relations adviser position at Mildenhall.