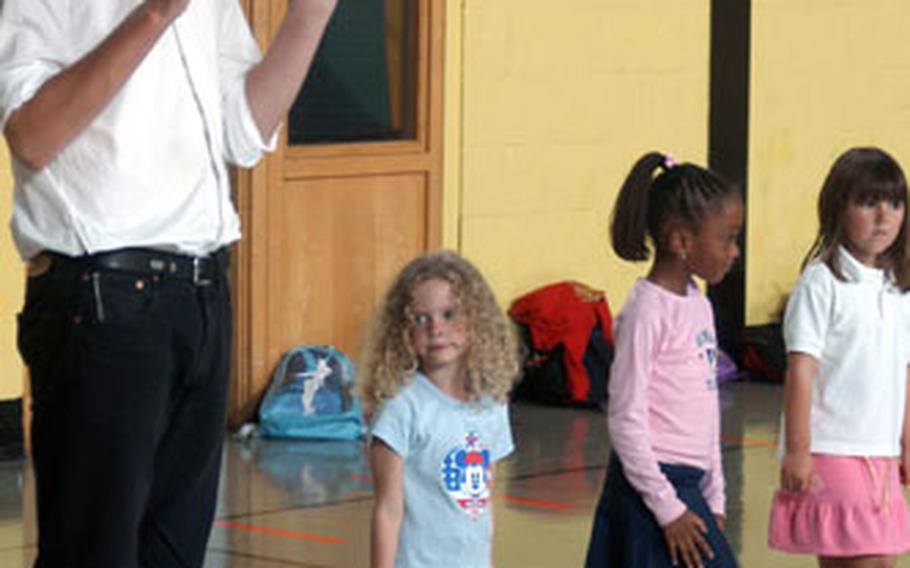 Morris dancing instructor Liam Robinson takes Alconbury kindergartners through the basics of the traditional dance at a workshop at the school recently. (Ben Murray / S&S)

Morris dancing instructor Liam Robinson takes Alconbury kindergartners through the basics of the traditional dance at a workshop at the school recently. (Ben Murray / S&S) 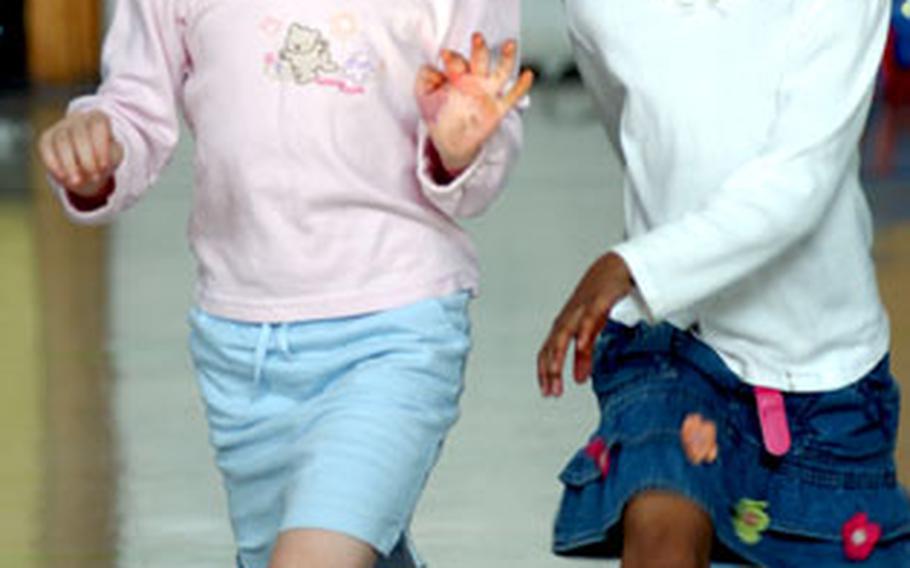 Students Sydney Stanley, left, and T’Yanna McCoy traipse to the center of a circle of dancers. (Ben Murray / S&S) 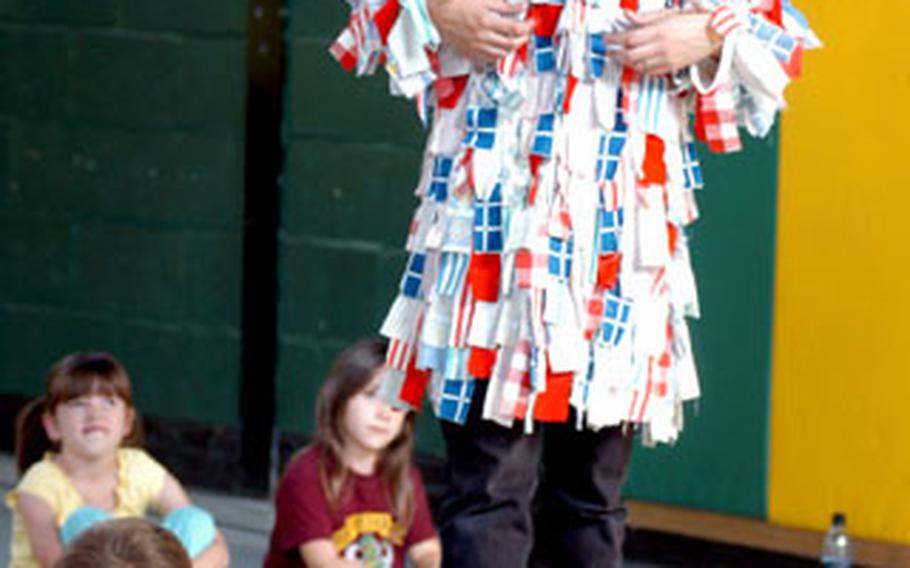 Sure, when a group of pupils from Alconbury Elementary School got together in the gym last week there was a distinct division between boys and girls and a fair number of awkward dance floor maneuvers.

But it was anything but the archetypal school-age event. First of all, there was the accordion music.

Over a three-day workshop earlier this month at RAF Alconbury, children at the school learned the basics of morris dancing, a form of traditional English folk dance involving small groups of performers hop-stepping in complicated patterns.

The lessons were part of the school&#8217;s Artists in Residence program, an eight-year-old initiative to bring enrichment programs to the school to offer kids interesting, interactive learning experiences, said program coordinator Sandy Adams.

Organizers try to bring one special speaker or expert into the school per month. The first one up for the new school year was Liam Robinson, an expert in the art of morris dancing and a returning program participant.

His lessons blend art, physical activity and a taste of British culture. The combination makes the program popular with educators. If you want something authentically British and fun for kids, morris dancing is about as good as you can get.

Morris dancing is &#8220;really specifically English,&#8221; Robinson said, but even in its home country no one really knows how it got started or how it got its name.

Best guesses say it is a centuries-old tradition first performed by working-class people and tied to seasonal celebrations, he said, but the origins are murky.

In its modern form, morris dancing involves teams of around eight people wearing outfits that often include brimmed hats, short pants, vests and bells tied at the top of dancers&#8217; calves.

Set to accordion music, the dancers move in light, hopping steps to arrange themselves in various formations while waving white handkerchiefs or brandishing light sticks, which they rhythmically clash together and bang on the ground.

Traditionally, the dance was performed only by men, Robinson said, but in modern days the restriction has waned as the dance has spread to other countries, including the U.S.

At the Alconbury workshop, Robinson gets everyone involved.

By the end of the third class, Robinson said, he has each class performing its own routine.