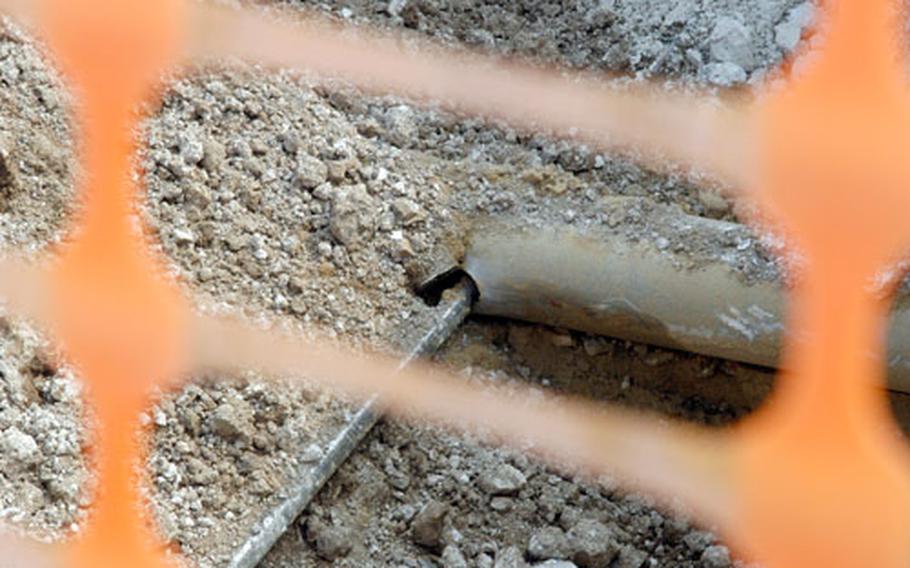 A jet fuel line was ruptured at RAF Mildenhall in England in April. (Geoff Ziezulewicz / S&S)

Contractor Roy Clarke and the company T. Clarke Ltd., no relation, are charged with &#8220;offences of polluting controlled water&#8221; in connection to the April 20 fuel spill, according to EA officials

Estimates suggested that up to 50,000 gallons of fuel could have seeped into the ground after a contractor pierced an underground JP8 jet fuel line while drilling a hole.

American and British officials had refused to name the contractors until this month.

A trial date in the Mildenhall Magistrates&#8217; Court was originally set for this month, but was postponed until January at the request of the defendants, EA spokeswoman Rita Penman said this week in an e-mail.

RAF Mildenhall sits atop a chalk aquifer that holds much of the local area&#8217;s drinking water, and fuel was discovered in the water table.

East Anglian Water, a local utility, owns and operates water bore holes near the site. Penman said that British Ministry of Defence officials were responsible for tracking the fuel.

The land where the spill happened is known as a &#8220;groundwater source protection zone&#8221; because of the aquifer. The pollution penalties are more severe in that area under the auspices of the Water Resources Act and the protection zone status.

If the case goes to the higher Crown Court, the maximum penalty could include an unlimited fine or two years in prison, or both, she said.

Workers removed a percentage of the spilled fuel earlier this year and were planning on removing the affected soil as well.

The spill, which happened near a taxiway, did not affect military operations, 100th Civil Engineering Squadron commander Lt. Col. Scott Hartford said in an e-mail earlier this year.