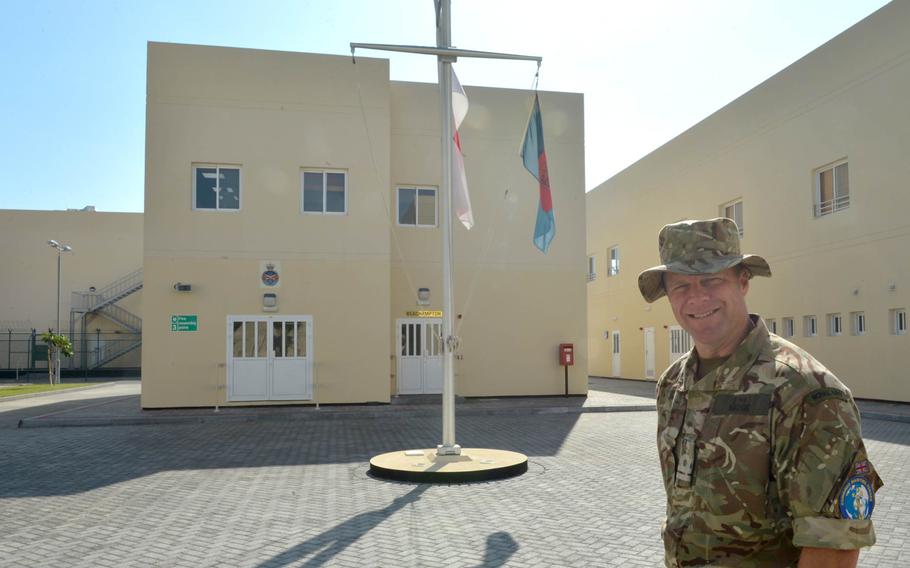 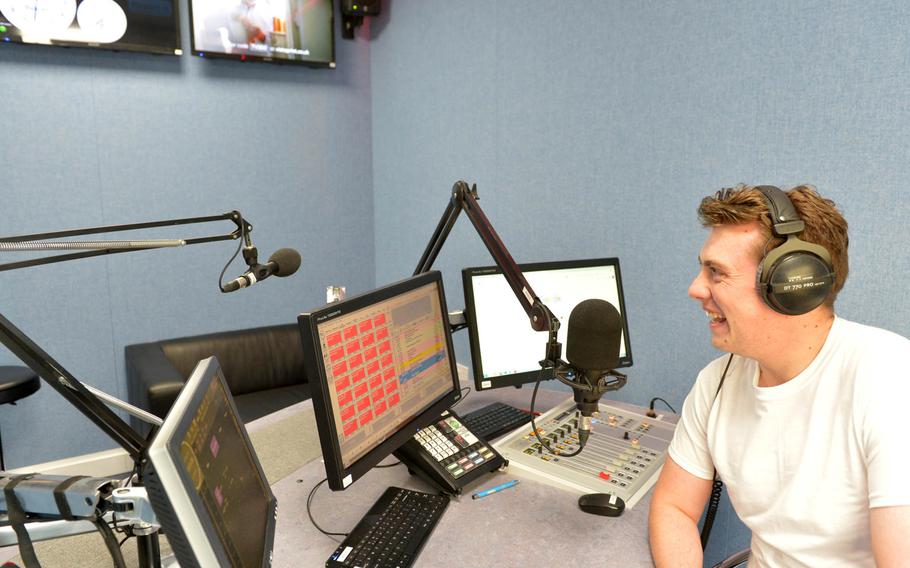 MANAMA, Bahrain — British sailors are working side-by-side with the U.S. Navy in Bahrain, where the United Kingdom’s only forward deployed naval facility is now up and running as the key U.S. ally boosts its global military presence.

The base, which houses up to 500 British troops and supports U.K. and joint maritime operations in the region, serves as a logistics hub for missions stretching from the Red Sea to the Far East.

“Any Royal Navy ship that enters our area of operations, we look after her whether it’s counternarcotics, counter-drug smuggling, counter-weapons smuggling, any of these combined maritime security operations,” base spokesman Lt. Guy Wadge told Stars and Stripes.

Often the mission means working with U.S. naval forces in Bahrain, as the allies pool resources and train together to develop mine countermeasures and ensure freedom of navigation in an area where Iran looms large.

“Anything that involves the U.K. and U.S., we sit in the same office, we chat and we get our lines ahead straight,” Wadge said.

But while the British mission in Bahrain is closely aligned with the U.S., there are differences in how the forces carry out their missions—both at sea and on base.

Bahrain is positioned near waters where Iranian vessels also patrol. The Strait of Hormuz, one of the world’s busiest shipping corridors, has been a flashpoint and Tehran has made threats to shut the waterway down.

When it comes to countering Iran in the region, the U.S. has sent its ships in recent years into the strait, with the goal of ensuring freedom of navigation.

“We’ve got a different methodology of achieving those end states,” Wadge said of the U.K.’s response, which instead of shows of strength focuses on exercises to display preparedness.

A growing number of British ship movements prompted the U.K. to set up the base, built on land turned over to the U.S. Navy after Bahrain gained its independence from Britain in 1971.

British sailors deploy on four-, six- or nine-month rotations and enjoy bits of home steps away from the docks.

The perks come complete with a café, game room, wifi, dining facility, shoppette, gym and a soccer field. Sailors can send letters home in a traditional red post box and listen to their own British Forces Radio station, hosted daily onsite by a British DJ. Currently, an average of 120 permanent troops call the base home and share four barracks with deployed personnel.

Unlike their American counterparts, the British troops may grow beards and enjoy later curfews. They also get livestreamed Premier League soccer games.

While the Americans may bring families to Bahrain, all British tours are unaccompanied and senior members live in the barracks alongside junior ranks. The only British member residing off base is the commodore, according to the command spokesman. There are no plans to lengthen or allow accompanied assignments, as the rotations are treated as deployments.

“We live on base, which affects everything, but life on camp is quite good,” said Lt. Callum Robertson, a British army officer from Gibraltar. “The amenities are very good. The gym is fantastic, do a lot of (exercise). Food is pretty decent; the chefs do a good job. And stuff’s been developing as I’ve been here … so we’ve got everything we need, all the crucial comforts from the U.K.”

As for life out in town, Robertson and his team enjoy access to British expat clubs, sporting events and cultural experiences.

“I quite like the different culture and getting to see how Bahrainis live, what they do,” Robertson added. “It’s interesting to be in a different country and see a different lifestyle to what I’d experience in the U.K. or Gibraltar.”

The British site offers a small medical clinic but relies on the American clinic or Bahraini hospitals for anything more than first aid. Wadge also said most sailors love using the main exchange store on the American side to stock up on essentials.

The British have some ongoing construction to accommodate another frigate, which will be permanently based in Bahrain next year. A helicopter landing pad also is in the works, Wadge said.

The aim, Wadge said, is to better shape events in the region, in tandem with the U.S. military.

“Quite often, the U.S. and Royal Navy align themselves closely,” Wadge said. “We are out here specifically to influence events that happen in the region, to encourage and stabilize it, because stability is one of those things that affects processes and businesses around the world.”