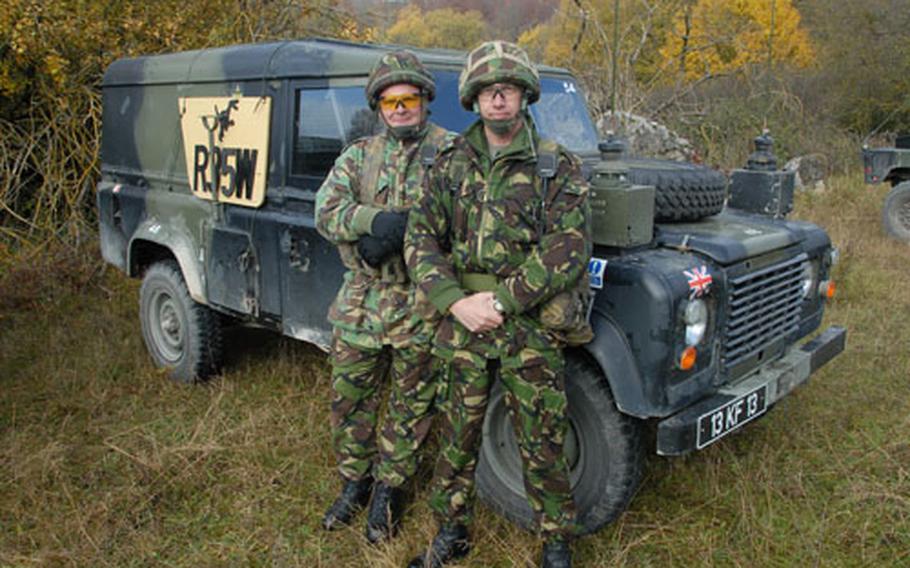 The Brits spent much of last month doing their own training at Hohenfels with the British Army&#8217;s 4 Brigade but some of the more experienced personnel have stayed behind to help with the American training, according to one of the British observer controllers, Warrant Officer Richard Johnson, 39, of England.

Another British OC, Staff Sgt. Geoff Dudman, 41, of Scotland, said he specializes in armor and has joined JMRC&#8217;s Raptor OC team for the 2nd Brigade training.

Although the British sense of humor is too understated for most Americans to comprehend, U.S. soldiers appear to listen closely to what the British OCs say about training, he said.

&#8220;What we have to be careful of is that their TTPs (techniques, tactics and procedures) are different,&#8221; he added.

&#8220;In Northern Ireland there was a constant threat of IEDs (improvised explosive devices), which was very similar to Iraq at the moment,&#8221; he said.

Observer controllers from Norway, Poland and Germany also are involved in the 2nd Brigade training.