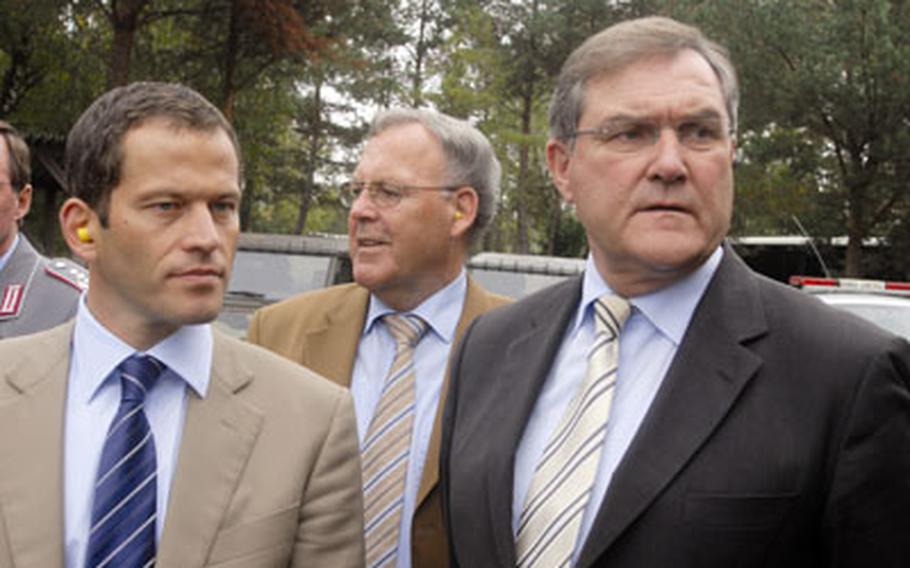 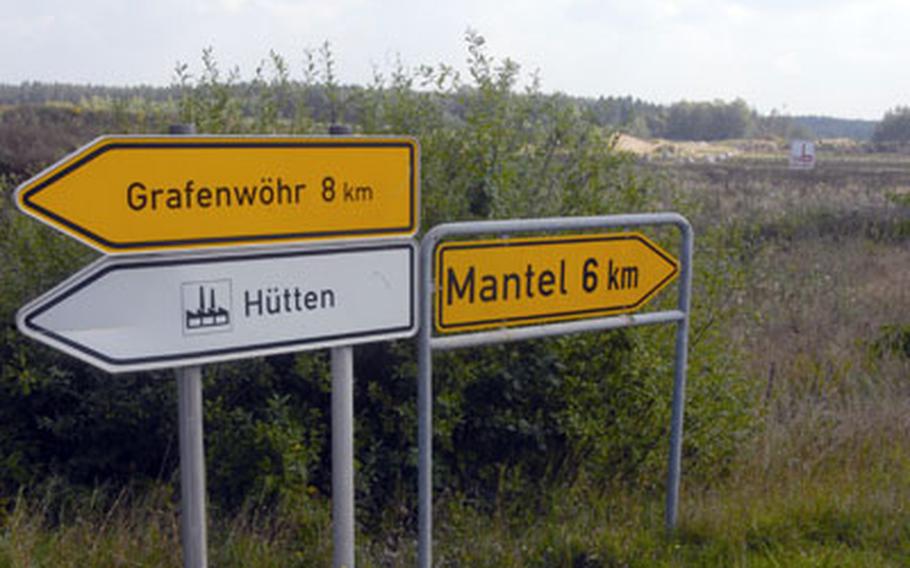 GRAFENW&#214;HR, Germany &#8212; U.S. and German officials are scrambling to find housing for thousands of U.S. troops and family members expected to arrive at Grafenw&#246;hr Training Area next summer.

Financial problems and a lack of commitment from the German government have derailed plans for a 300-unit military housing area in H&#252;tten, a small town near the training area, Grafenw&#246;hr Mayor Helmuth W&#228;chter said recently. The project, intended to house 172nd Infantry Brigade troops and families due to arrive from Schweinfurt next summer, has been on hold since its investors went bankrupt in last year&#8217;s financial crisis.

Despite the lack of progress, the brigade is coming, according to 172nd Infantry Brigade Rear Detachment Commander Lt. Col. Eric Stetson.

"The Grafenw&#246;hr community is trying to gain 300 homes but at this time there have been no negative effects for the movement of the brigade," he said.

Other housing is available in the area if the project is not completed, Wachter said.

The U.S. Army has provided a guarantee that it will lease any homes built at H&#252;tten for at least 10 years, but W&#228;chter wants additional five-year guarantees from the German and Bavarian governments as incentives for new investors to take over the project. If an investor can be found and contracts completed by spring, the homes could be built in time for the soldiers to arrive over summer, he said.

W&#228;chter &#8212; who recently visited the German Federal Finance Ministry and the U.S. Embassy in Berlin to campaign for the project &#8212; pointed out that the German and Bavarian governments each provided a five-year lease guarantee for the recently completed 820-unit Netzaberg off-post military housing area in the area.

But Karl Diller, a parliamentary state secretary with the German Finance Ministry, said last week that the German government is not prepared to guarantee lease payments for the H&#252;tten program.

Diller said the German government made an exception for Netzaberg.

"We never did it before and we will never do it again," he said, noting that the government did not provide lease guarantees for homes when soldiers relocated to areas in Rhineland Palatinate after Rhein-Main Air Base closed in 2005.

Diller said officials are looking at the possibility of leasing homes spread throughout communities near Grafenw&#246;hr and scaling down the H&#252;tten development.

"The utilities have already been built [at H&#252;tten]. If the Bavarian Minister President is willing to give a five-year lease guarantee in writing, I&#8217;m confident that construction can be achieved and be ready next summer," W&#228;chter said.

"The houses are made of prefabricated parts so construction can happen very quickly," he said.