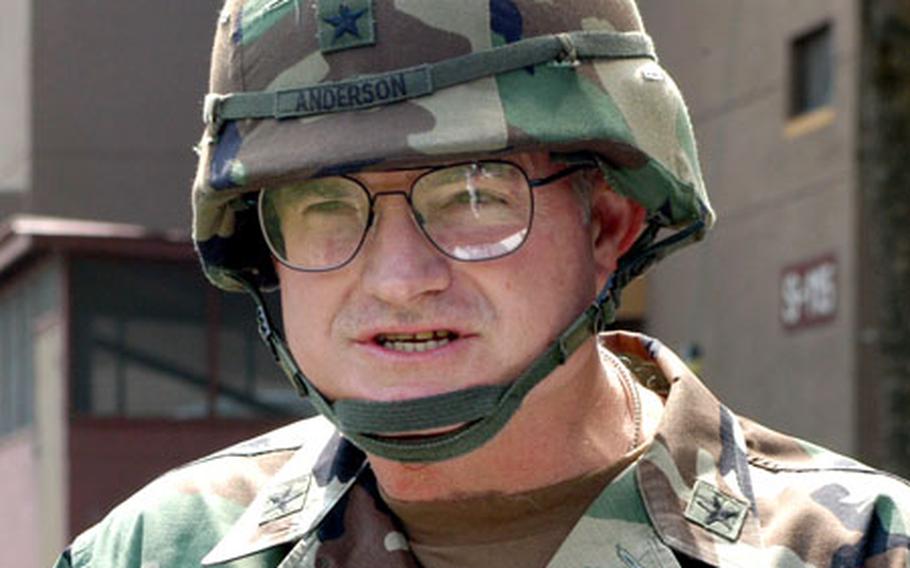 Anderson is headed to the Pentagon to become director of integration for the Army&#8217;s Office of the Deputy Chief of Staff, G-8.

At a change-of-command ceremony at Camp Red Cloud, Anderson said his year here had been his most memorable.

&#8220;He traveled to Kuwait in August 2004 &#8230; to make sure our soldiers were trained and outfitted with everything they needed before crossing the berm into Iraq,&#8221; Higgins said.