Bridge work to cause delays on road near Lakenheath 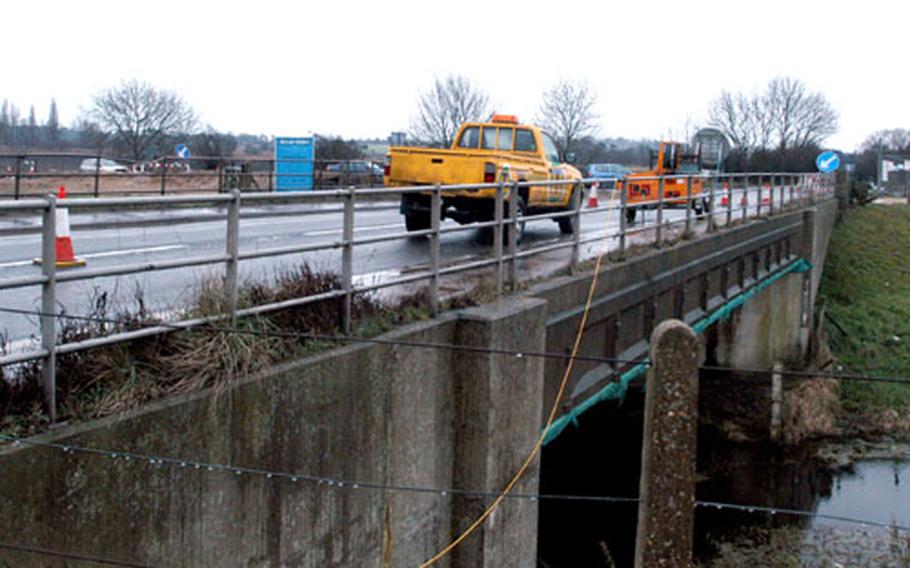 Motorists travel across the White Fen Bridge from Lakenheath toward RAF Feltwell. The bridge, which crosses the Cut-Off Channel, is being replaced. (Bryan Mitchell / S&S)

LAKENHEATH &#8212; Motorists traveling from Lakenheath toward RAF Feltwell should allow for some extra time on the road thanks to work to replace an aging bridge.

The White Fen Bridge, where the B1112 traverses the Cut-Off Channel, is being replaced by a bridge that Suffolk County Council officials say has a longer life expectancy.

Delays will vary depending on time of day and year.

Meanwhile, a two-lane temporary bridge will be erected east of the existing bridge to keep traffic flowing during construction. Temporary speed restrictions will be imposed during the construction &#8212; 40 mph in areas approaching the work zones and 20 mph around the construction site.

Work began in 2005 to replace and repair the seven bridges that cross the Cut-Off Channel in the Mildenhall/Lakenheath area of Suffolk County.

Contractors already have completed work on the A1065 Tollgate Bridge near Mildenhall and are slated to finish work on the C616 Crossways Bridge this summer.

According to the Suffolk County Council, work on the White Fen Bridge is slated for completion this winter. All bridge work in the area will be wrapped up in summer of 2007.

The council already conducted extensive environmental impact studies on how the bridge work will affect animals and wildlife. A public information release from the council said the rare sand catchfly plant, as well as otters and swans, will not be overly affected by the works.