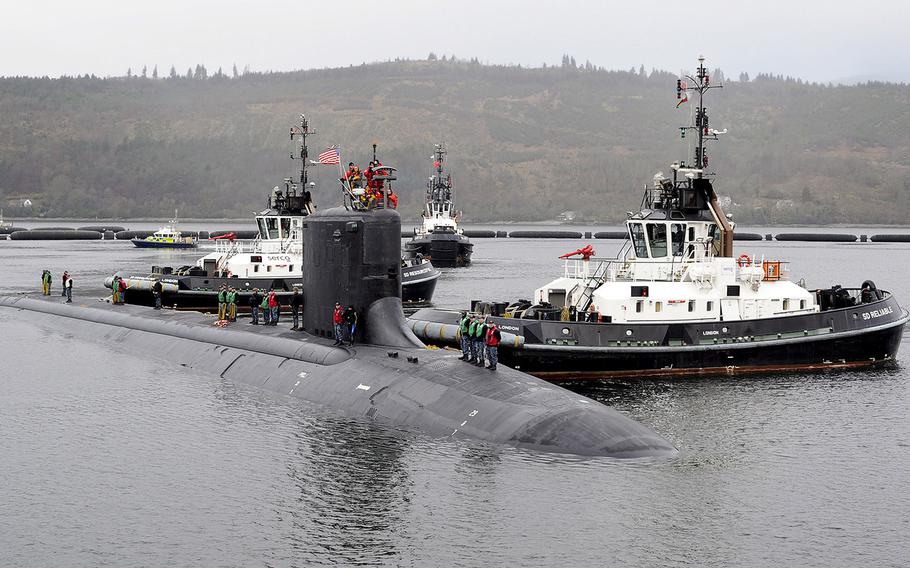 Britain’s decision to break with the European Union could pose unintended security problems for NATO, including the alliance’s nuclear posture, if pro-EU Scotland launches a new push for independence.

In 2014, Scotland narrowly rejected independence in a referendum, opting to stay in the United Kingdom. The vote had created uncertainly about the fate of the Faslane nuclear submarine base that Edinburgh threatened to shutter in the event of independence.

But after Thursday’s referendum on continued EU membership, one in which Scottish residents — unlike their English counterparts — voted overwhelmingly to stay in the bloc, another independence referendum appears to be back on the table, and with it questions about Faslane’s future.

How events unfold in the months ahead, including any new move toward Scottish independence, could hinge on the type of exit deal Britain is able to negotiate with the EU, according to Robin Niblett, director of the London-based Chatham House think tank.

“A rapid move to a new vote on Scottish independence is unlikely,” Niblett wrote in an analysis of the possible outcomes of the referendum. “But once Scotland gauges the sort of deal Britain has struck with the EU, it can go back to the people to vote for an independent Scotland to remain in the EU.”

A Scottish vote for independence would be “the beginning of the end of the United Kingdom,” said Judy Dempsey, a security analyst with the Carnegie Europe think tank in Brussels. “The dynamics are much more different now because the Scots don’t want to leave the EU. From a security point of view it is very damaging.”

For Britain and the U.S.-led NATO alliance, that raises thorny questions about the military pact’s nuclear posture, which relies on U.S. nuclear weapons and the British nuclear submarine base in Scotland that many locals want to see closed.

Scottish leaders have said that if it achieves independence, Scotland would order out Trident-class nuclear submarines based there by 2020. London currently has no other viable facility that can meet all of the security and maintenance requirements for handling and storing nuclear weapons, and experts have said it would take 10 to 20 years to build an alternate site.

While France is also a nuclear power, it does not commit any nuclear capabilities to NATO and is not on the alliance’s Nuclear Planning Group, which sets NATO’s nuclear-deterrence policy.

Still, for NATO such questions are down the road. In the immediate future, Britain’s’ departure from the EU is unlikely to have any significant tactical effect on how the alliance operates.

“Foreign policy and defense cooperation, which in any case has largely taken place outside EU institutions, should be strengthened if there is a reliable political counterpart in London,” the German Marshall Fund said in a report released Friday, immediately after results of the British vote were announced.

Still, Britain’s decision to leave the EU raises the question of whether London can focus on a range of security challenges confronting the West while at the same time adapting to its new outsider status in Europe. A complicated divorce from the EU may absorb most of the country’s political energy as NATO seeks unity against Russia and the threat of Islamist terrorism.

“However this plays out, the UK government will need to devote enormous government and diplomatic attention to the EU for the indefinite future — ironically, far more than it did when it was a member,” Niblett said.

Advocates for the UK staying in the EU have included President Barack Obama, Defense Secretary Ash Carter and American military commanders in Europe, who voiced concerns about a break damaging a sense of collective unity in areas of security.

NATO Secretary-General Jens Stoltenberg, who previously warned that Britain’s departure from the EU would hurt the coordination of counterterrorism efforts on the Continent, said on Friday allies would remain united.

“I know that the United Kingdom’s position in NATO will remain unchanged,” Stoltenberg said. “The UK will remain a strong and committed NATO ally, and will continue to play its leading role in our alliance.”

Stoltenberg said NATO’s role is now “more important than ever” as a platform for cooperation among European allies, and between Europe and North America.

“A strong, united and determined NATO remains an essential pillar of stability in a turbulent world, and a key contributor to international peace and security,” Stoltenberg said.