Breedlove: No substitute for permanent US military presence in Europe 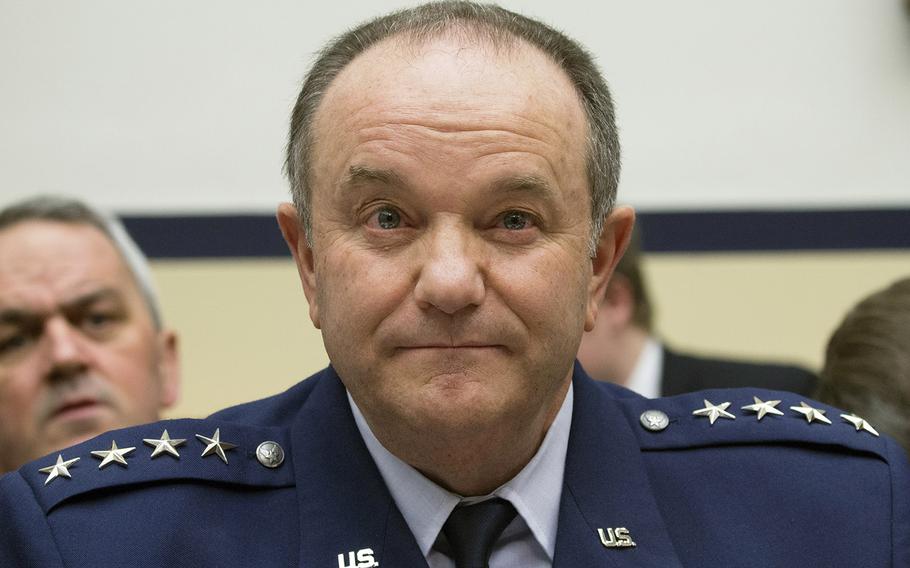 “Our ability to sustain our posture in Europe is going to be at significant risk,” if mandatory budget cuts known as sequestration return in fiscal 2016, Christine Wormuth, under secretary of defense for policy, told the House Armed Services Committee during a hearing on Europe’s emerging security challenges.

“There is simply no substitute for our forward force presence in Europe. It is the bedrock of our ability to assure our allies, to deter real and potential adversaries and to act in a timely way should deterrence fail,” Breedlove said.

“Rotating presence is no substitute for permanent force presence,” Breedlove said. “Genuine and fully funded rotational presence can play a very important role in helping to meet requirements in our theater, if it is heel to toe and fully resourced.”

The renewed focus on a forward military presence, deemed by many critics an outdated Cold War presence only a year ago, has taken on added significance in the wake of Russia’s annexation of Crimea from Ukraine in March 2014 and its support for pro-Russian separatists in eastern Ukraine.

Rep. Adam Smith, D-Wash., a supporter of supplying Ukrainian forces with defensive arms, said the crisis in that country has altered views about security in Europe and the U.S. military presence there.

“Now we realize our presence in Europe is more important than we used to,” he said.

Breedlove, who also is NATO’s supreme allied commander, said Moscow’s support of the separatists is wide-ranging and continues despite a recent cease-fire agreement.

Breedlove said providing defensive military arms to Ukrainian forces to counter separatists should be given consideration, though stopped short of endorsing such a policy, which is currently under review by the Obama administration.

“Right now, we are not arming the Ukrainian with lethal weapons and what we see is Russia continues to build up its force,” Breedlove said.

Still, Russia’s potential reaction to such military support if it were given isn’t at all clear, Breedlove acknowledged.

In the meantime, Russian forces continue to play a role on the ground in Ukraine, providing direct support to separatists particularly when they face setbacks on the battlefield, Breedlove said. Moscow also has sent “more than 1,000 pieces” of military hardware, ranging from tanks and artillery to air defense systems, he said.

The Russian government has denied as “complete rubbish” allegations that it is involved in helping Ukrainian separatists.

Breedlove added he has concerns about Russian aggression stretching beyond Ukraine, into former Soviet states such as Moldova, where Russian forces maintain a presence in the breakaway region of Trans-Dniester.

However, “I don’t think any of us are sure he has accomplished his objective inside Ukraine,” Breedlove said.