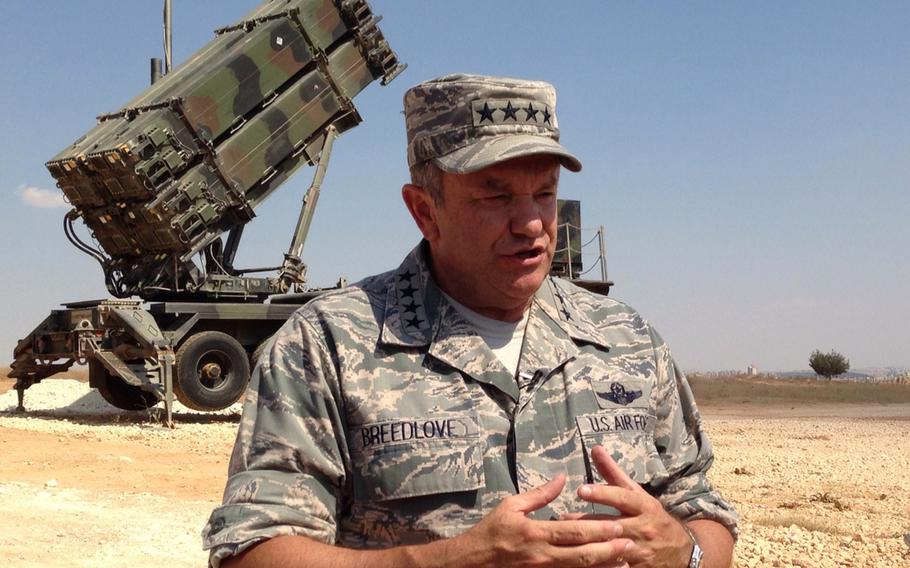 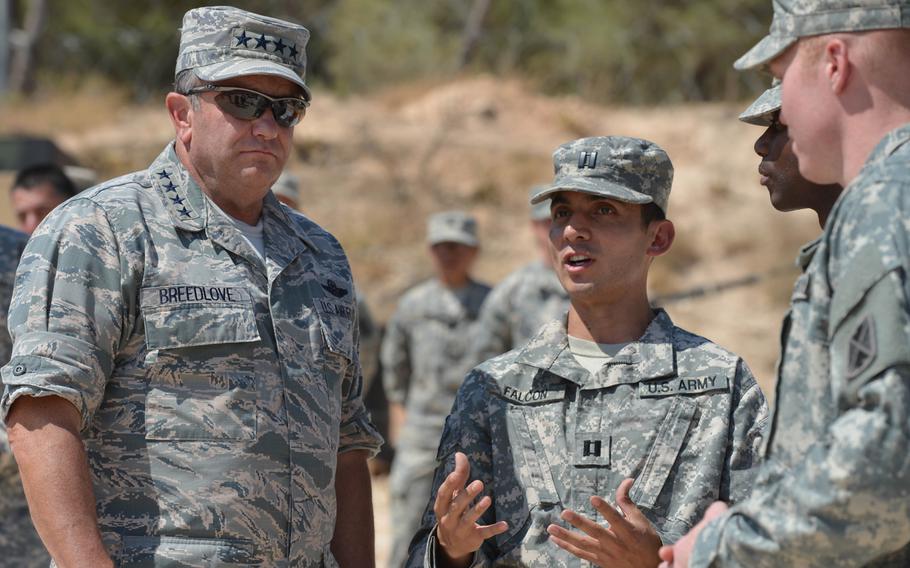 GAZIANTEP, Turkey — NATO’s top military commander on Thursday said the alliance should redefine its core commitment to defend its members from external aggression by factoring in new and unconventional threats such as cyberwarfare and irregular militia operations.

“We need to mature the way we think about cyber, the way we think about irregular warfare, so that we can define in NATO what takes it over that limit by which we now have to react,” Gen. Philip Breedlove, NATO supreme allied commander, said during a stop at a U.S. Patriot antimissile site in southern Turkey. For NATO, Article 5 of the alliance’s founding treaty has long served as the bedrock of the 28-nation pact, ensuring that an attack on one member demands a collective response from all. Its roots are in the Cold War when the threat was singular — overt military action from the Soviet Union. Now, Russia’s annexation of Crimea from Ukraine and its involvement in eastern Ukraine show how threats in Europe have morphed, Breedlove said.

Though Ukraine is not a NATO member state, Russia’s arming and backing of separatists there as a way to create instability must be factored into how NATO plans its responses in future, said Breedlove, who also serves as head of the U.S. European Command.

“We see Russian leadership in Ukraine. Russian supplies, armament, financing, everything inside Ukraine. What does that mean as it relates to how we define Article 4 and Article 5?” Breedlove asked. “It is illustrative for us to look at this form of warfare we’re seeing from Russia and how we will react to it in the future.” Article 4 of the NATO treaty allows members to ask for consultations on any issue it feels may affect security.

Breedlove’s comments come as NATO is preparing for a major summit in September, when heads of state will assemble in Wales with the aim of restructuring elements of the military alliance to better prepare for potential threats emanating out of Russia.

Russia denies that it has intervened in the conflict in Ukraine. Moscow has also dismissed as “ridiculous” allegations that it represents a threat to the security of any NATO country.

Still, a report from a British parliament defense committee, looking ahead of the NATO summit Britain is hosting, said NATO must take swift action to transform itself, especially in light of unconventional Russian tactics in Ukraine.

From the report dc.embed.loadNote('//www.documentcloud.org/documents/1238170-house-of-commons-defense-and-security-review-ref/annotations/169333.js'); A crippling cyberattack in 2007 on Estonia — a NATO member once under Soviet domination — which was believed by Western officials to have been conducted by Russia, also raises questions about NATO’s capacity to respond to assaults even on its territory.

“A Russian unconventional attack, using asymmetric tactics (the latest term for this is “ambiguous warfare”), designed to slip below NATO’s response threshold, would be particularly difficult to counter,” the U.K. report stated. “And the challenges, which NATO faces in deterring, or mounting an adequate response to, such an attack poses a fundamental risk to NATO’s credibility.”

NATO must adapt to become more responsive to such threats, according to the report by Britain’s House of Commons Defence Committee, which recommends:

NATO make dramatic improvements to the existing rapid reaction force; Pre-position equipment in the Baltic states; Maintain a continuous presence of NATO troops to conduct training and exercises in the Baltics; Re-establishment of large-scale military exercises, including representatives from all NATO states. NATO also must examine the circumstances in which the Article 5 mutual defense guarantee will be invoked in the face of asymmetric attack, the report stated.

In the past, many west European members of the alliance have been reluctant to station forces close to Russia’s borders, feating tha this might antagonize Moscow.

Breedlove, who has spoken of the need for NATO to reorganize various headquarters and transform the NATO Response Force into a more rapidly deployable force, said NATO is reviewing a broad range of measures to deal with such shortcomings.

Among the measures being looked at is forward positioned equipment closer to potential hotspots in the east and a more constant presence of NATO forces in the region. What is not yet clear is how NATO will deploy forces in the east and whether those measures would be a permanent or a rotational presence. That is a matter for political leaders, Breedlove said.

“The most important thing is, we are going to work on measures that will make NATO more responsive,” Breedlove said.

“I believe this is a very important time here in Europe, perhaps the most critical since the end of the Cold War.”