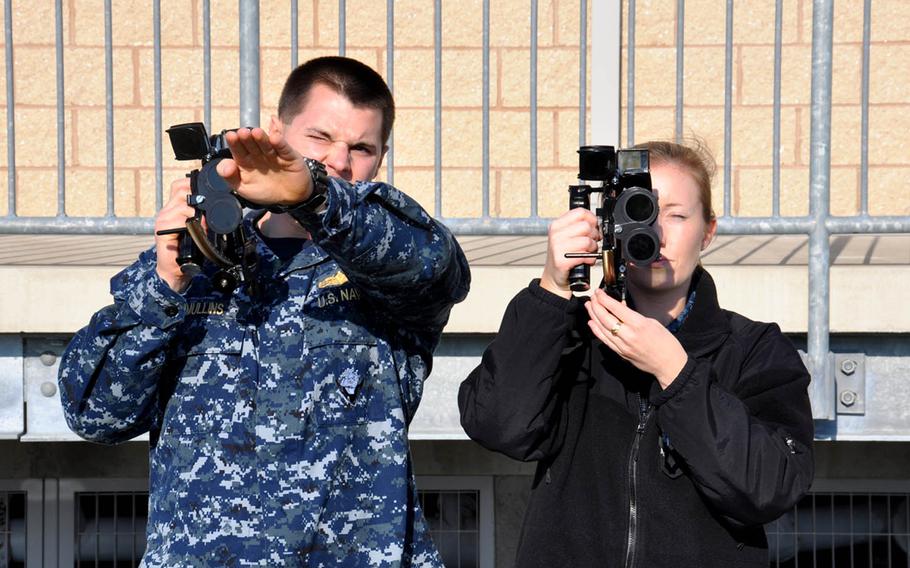 CAMP FOSTER, Okinawa — The Navy has long been a scientific leader, outfitting its ships and sailors with some of the most cutting-edge technologies. However the sea service is returning to its roots and teaching sailors how to navigate using the sun, moon and stars.

Celestial navigation is an art that harkens back to the time before the United States was founded. It was long considered one of the most important educational requirements for mariners, but was largely discontinued a decade ago by the Navy as platforms relied more heavily on computers and global positioning systems.

In 2011, navigators and assistant navigators once again began receiving celestial navigation training at the Navy’s Surface Warfare Officers School in Newport, R.I., said Lt. Cmdr. Kate Meadows, a spokeswoman for the Naval Education and Training Command. Now, starting in summer, the training will be required in C School for enlisted quartermasters, who assist navigators.

In fiscal 2017, it also will be implemented for entry-level quartermasters in A-School, and Navy ROTC pilot programs at the Philadelphia Consortium, University of Rochester and Auburn University began the training in the fall.

“It’s a difficult topic, but our sailors are pretty excited about it,” said Rear Adm. Michael White, education and training commander. “It’s part of their history, and it takes them back to their roots.”

Learning celestial navigation requires some classwork, he said, but sailors also must go out at night, armed with a sextant, an instrument used to measure the angle between any two visible objects. They take multiple sight readings, which are essentially angular measurements between celestial bodies and the horizon. The students then consult almanac tables to identify celestial bodies and chart their position and course.

Navy ships generally have multiple navigation systems, from an inertial navigation system to GPS, so they are never in danger of losing their way if one goes down because of hacking or mechanical failure, White said. At the same time, relying solely on technology could be a recipe for disaster.

What if one or multiple systems are hacked or malfunction and you are left with only one? Celestial navigation can also be used to check the accuracy of those computer- and technologically based systems.

The return to the core principles of navigation was due to efficiencies in training that freed up more time to teach the old discipline and has little to do with cyberattacks, Navy officials said. Yet that threat cannot be overlooked in the computer age.

Instead, the decision to bring back the sextants was simply a tweak to the curriculum, which White said is a balancing act between the past, present and future. His command must decide what stays and what goes.

For example, the Navy still teaches the use of flags to send signals, yet teaching the operation and maintenance of a ship’s pump has changed dramatically. That process used to be mechanical, but now, the controls are electrical while some are operated remotely. This has changed the knowledge an operator must possess.

“There’s always a balance,” White said. “Do you teach how to operate and fix [a system] or do you rely on technology? I spend a lot of time looking at that.”

There are no plans to add additional timeworn navigational techniques back into the Navy curriculum, White said.