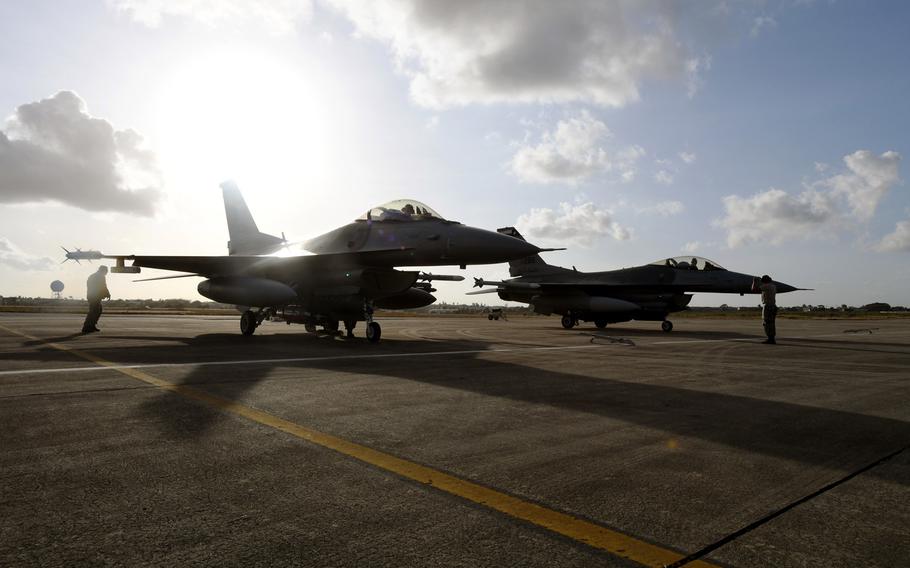 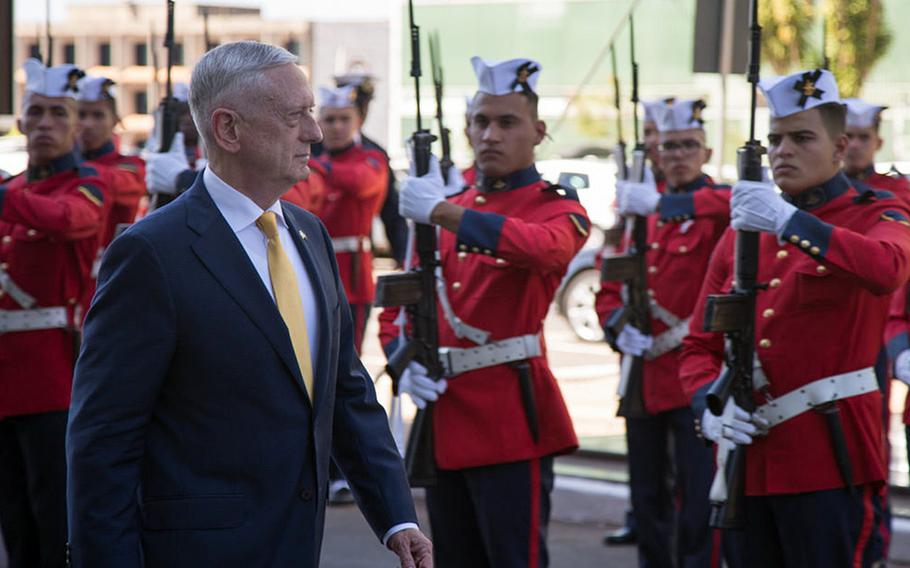 New Brazilian President Jair Bolsonaro, seen here on Jan.1, 2019, says his country is open to the possibility of the United States operating a military base on its soil. (Courtesy of the U.S. State Department) 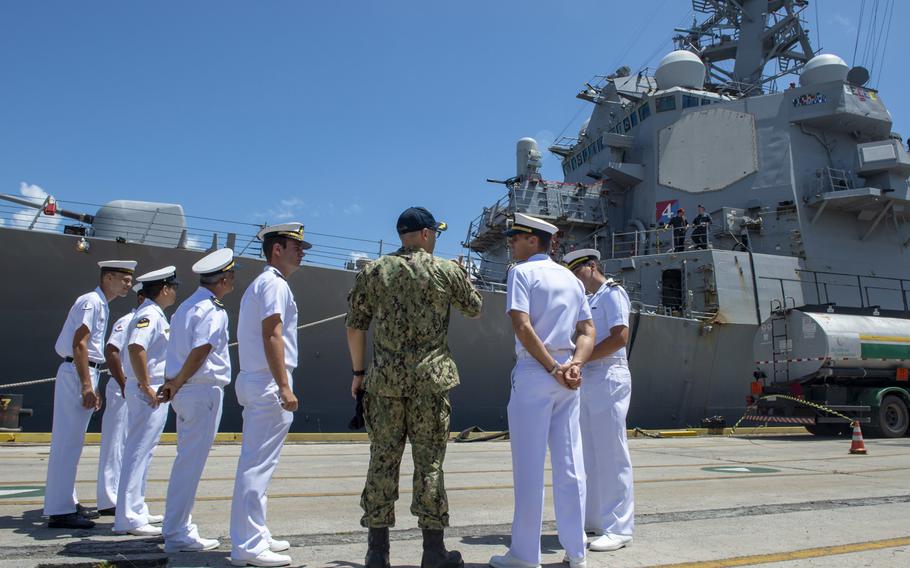 Cmdr. Isaac Harris, executive officer of the Arleigh Burke-class guided-missile destroyer USS Ramage, gives a tour of the Ramage to Brazilian sailors during a port visit in Suape, Brazil, Nov. 17, 2018. Brazil's new president said Thursday that he is open to hosting a U.S. military base. (Ian Parham/U.S. Navy)

Brazil’s new president, Jair Bolsonaro, said he’s open to the possibility of hosting a U.S. military base, amid concerns about Russia’s ties to neighboring Venezuela.

Bolsonaro made the comment in a taped interview with the SBT TV network two days after he took office Tuesday, Reuters reported on Thursday.

“Depending on what might happen in the world, who knows if we might have to talk about [a U.S. base] in the future,” the 63-year-old former army captain said in the interview.

“The physical issue of it might be just symbolic,” he said. “Currently, American, Chinese, and Russian armed forces manage to project themselves all around the world without bases.”

A little-known legislator before the election season, Bolsonaro won on a platform of fighting crime and corruption. His detractors have cited slurs targeted at gays, women and minorities throughout his career.

Bolsonaro, an admirer of President Donald Trump, could usher in a shift in U.S.-Brazil relations at a time when the United States is vying for closer ties in Latin America and the Caribbean, as it seeks to counter Russian and Chinese influence in the region.

U.S. officials haven’t made any recent public statements calling for a base in Brazil.

In August, former Defense Secretary Jim Mattis visited Brazil, where he told military leaders and students that “the United States seeks to earn your trust daily; we want to be your partner of choice, especially if trouble looms — when refugee flows must be addressed, when a shipping disaster happens in a South American navy, when threats to your sovereignty or way of life manifest.”

Mattis emphasized the historic ties between the United States and Brazil, which fought as a U.S. ally in World War II.