Brass band, smiles welcome kids back to school in Europe 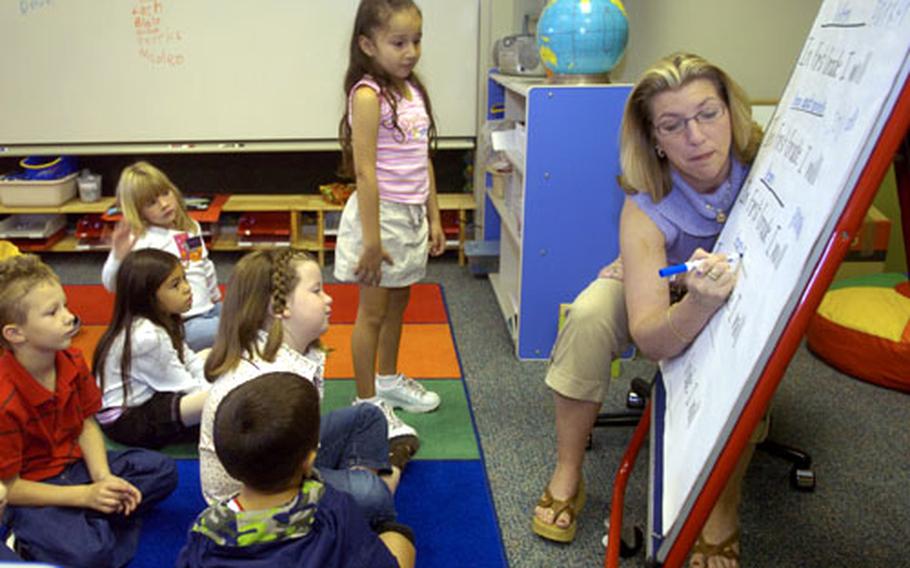 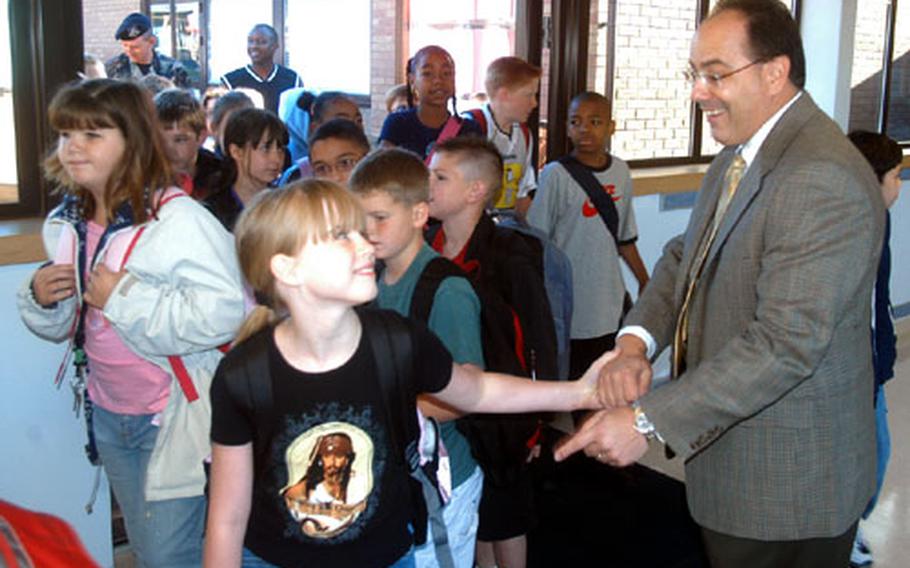 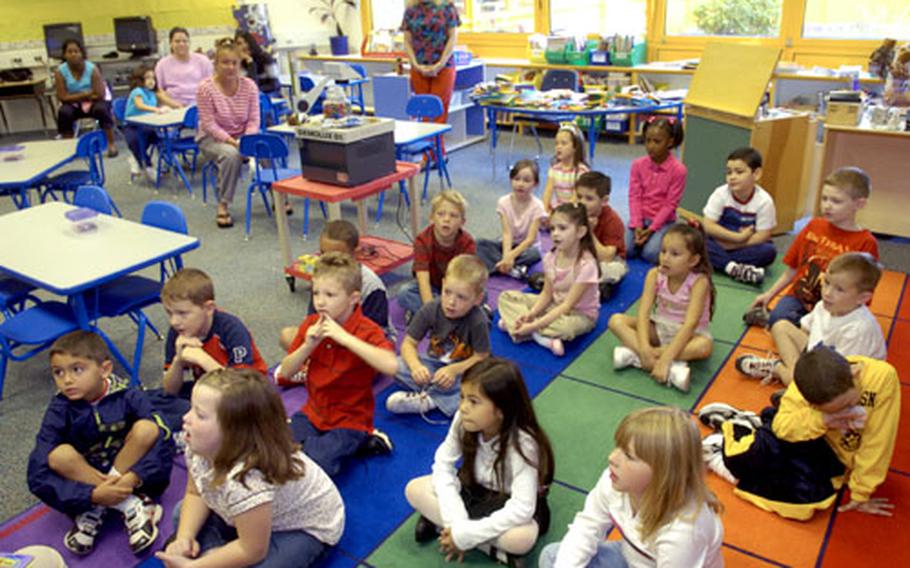 First-grade students are welcomed to class as some proud parents look on, during the first day of the DODDS school year in Darmstadt, Germany. (Raymond T. Conway / S&S)

Mike Kovacs was preparing for his 37th first day of school on Monday.

The fifth-grade teacher at Liberty Intermediate School on RAF Lakenheath, England, plans to retire at the end of this year, calling a halt to a 37-year career with the Department of Defense Dependents Schools.

More than 38,000 DODDS students returned to the classroom this week at more than 100 schools throughout Europe. Wearing new clothes and carrying the latest in fashionable backpacks, they climbed from buses and parents&#8217; cars to make their way into a new adventure.

Down the hall from Kovacs, Principal William Hunter smiled as he watched several hundred children file through the door, greeting as many as he could and calling many by name.

About 320 fourth- and fifth-graders will attend Hunter&#8217;s school, where he is beginning his fifth year as principal.

Before the school day began, Hunter had been on the playground, which was bathed in the slanting rays of an early morning English sun. He hugged children who rushed up to greet him.

Then, he gave an extra special hug to a young girl in tears who was especially nervous about starting the school year.

At Darmstadt Elementary School in Darmstadt, Germany, a brass band filled the air with Disney tunes as nearly 500 students returned to school.

Principal Russ Claus invites the band each year as a way to calm the nerves of students and parents. This year the honor was given to the U.S. Army brass quintet from Heidelberg, Germany.

&#8220;The first day of school is hugely important as far as getting off to a smooth start and inspiring confidence and pride among the students and parents,&#8221; said Claus, decked out in a tuxedo and red bow tie.

One parent told him the school seemed like Disneyland, a place free of problems.

The day was one of nervous parents and excited children.

Nearby, San Juanita Sermon was saying goodbye to Noah, 5.

Russ Rizzo in Darmstadt, Germany, and Kent Harris in Aviano,Italy, contributed to this report.