Boy’s project showers troops based in S. Korea with 15,000 valentines James Holland, an 11-year-old from Louisville, spent the past three years saving a thousand dollars, which he used to send some 15,000 Valentines cards he gathered for troops in South Korea. (Courtesy of the Holland Family)

James Holland, an 11-year-old from Louisville, spent the past three years saving a thousand dollars, which he used to send some 15,000 Valentines cards he gathered for troops in South Korea. (Courtesy of the Holland Family) 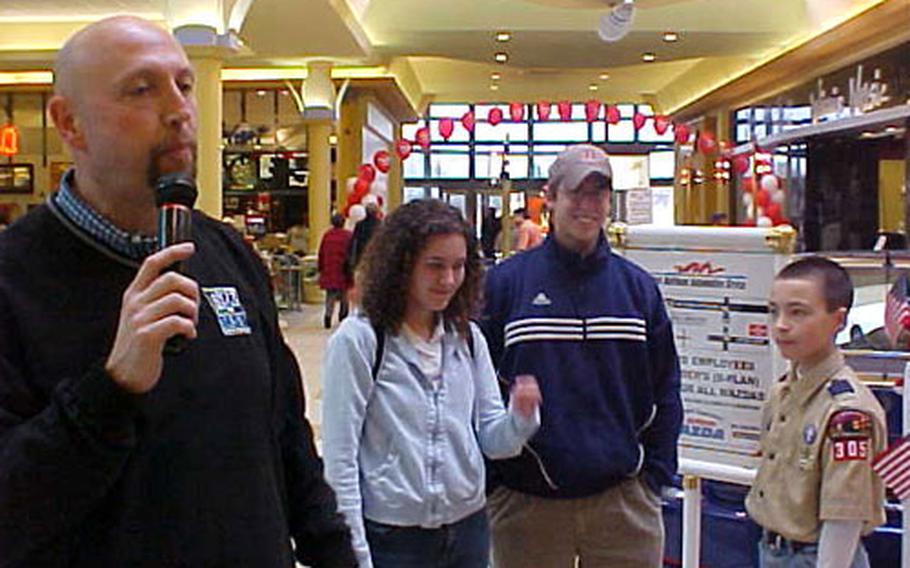 YONGSAN GARRISON, South Korea &#8212; Even a little bit of love is better late than never. On Friday, thousands of 2nd Infantry Division soldiers will get a Valentine&#8217;s Day card from an 11-year-old boy in Kentucky whom they&#8217;ll probably never meet but likely never will forget.

For three years, James Holland has saved every penny he got &#8212; birthday presents, holiday gifts, allowances. His plan was to buy as many Valentine&#8217;s Day cards as he could, then send them to soldiers serving overseas.

Last week, thanks in part to a promotion by a Louisville radio station, James and his family stuffed more than 15,000 valentines into a dozen cardboard boxes, hauled them to a United Parcel Service office and mailed them to the Army in South Korea. At more than 220 pounds, the shipping costs totaled $900.60.

&#8220;I wanted the soldiers to feel like people still remember them at home, and think about what they&#8217;re doing,&#8221; James said in a telephone interview from his Louisville home Wednesday.

The effort took on a life of its own.

James wrote a letter to a local radio station, 102.6 FM &#8220;the Max,&#8221; and enlisted the help of local morning show hosts Lynda Lambert and George Lindsey. They got the word out to their listeners, who flocked to malls, shopping centers and other areas where James went to gather donated cards.

People from as far as Florida and New York heard of the project and donated cards.

The impetus for his plan, it turns out, was an uncle who was stationed in South Korea and now works as a civilian at Yongsan Garrison.

Richard Halblieb, James&#8217; uncle and a retired Army colonel, said he was floored by the boy&#8217;s dedication to his plan.

It&#8217;s even more unbelievable when you consider James&#8217; biggest dream &#8212; to himself become a soldier &#8212; probably won&#8217;t happen. He has a congenital heart condition, which means he would not pass the physical requirements to join the military.

That fact, perhaps more than any other, touched many of those on the receiving end of James&#8217; valentines project.

&#8220;I know of your desires to be a soldier and serve the Army and your nation, and I am deeply touched,&#8221; read a letter to James from Lt. Gen. Charles C. Campbell, 8th Army commander.

&#8220;If that does not happen for whatever reason, know that there are so many wonderful ways that you can still support our soldiers and the nation that you care about so much, just as you are now. I know your Uncle Rick is very proud of you, as is your entire family and the extended family you have here, the thousands of soldiers in Korea.&#8221;

James already is planning another round of valentines next year and is figuring out ways to pay for them.