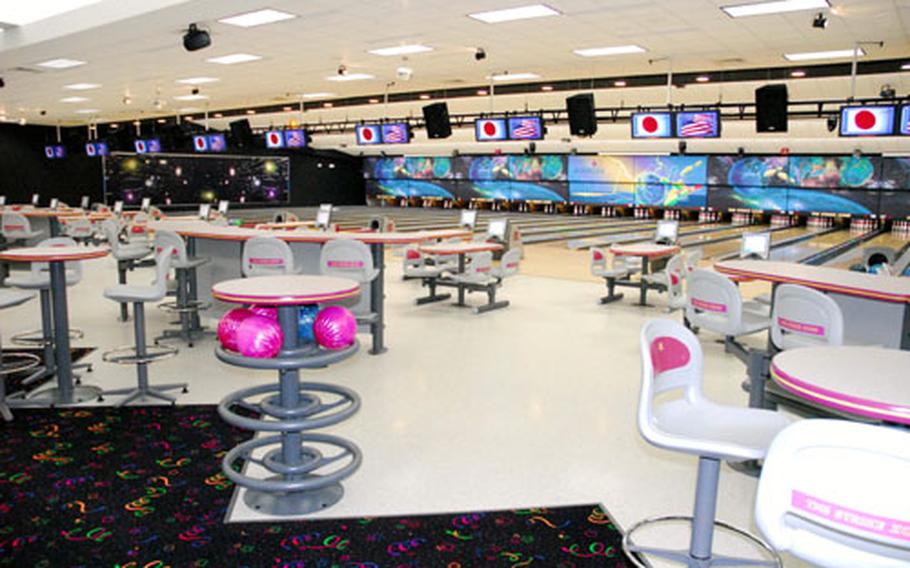 A new 27,000-square-foot bowling and entertainment complex was slated to open on the north side of the air station Friday, just in time for the Fourth of July weekend, according to Marine Corps Community Services.

For its grand-opening celebration, the Strike Zone was to offer free bowling all day on July 4, said Steve Howard, marketing director for MCCS Iwakuni.

Food services will be offered on a limited basis for the first week to 10 days but will be fully up and running after that, Howard said.

Construction of the new $9.5 million facility began in April 2007 near the wood hobby shop on the north side of base, according to MCCS.

The finished design is "state of the art" and caters to both single Marines and families, Howard said.

The center includes the bowling lanes, Pizza Hut and A&W restaurants, a billiards room, a game room, a bar and lounge with an adjoining multipurpose room for meetings and parties, a bowling pro shop, locker rooms and a children&#8217;s play area.

The air station invested in a new facility after deeming upgrades to the existing bowling alley would be too expensive, according to MCCS.

Focus groups began meeting in 2003 to plan the complex. The name was eventually chosen from among 350 public suggestions made online.