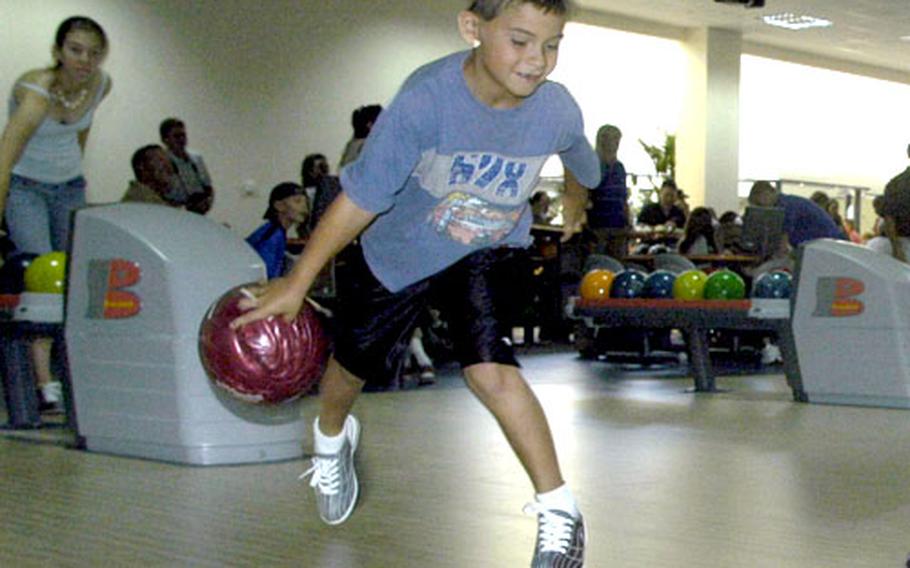 Dozens of people visited the Gricignano support site&#8217;s 16-lane center, which includes a pizza parlor and O&#8217;Rhys Irish Pub, to take advantage of a free afternoon of bowling.

Julie said she and her teenage friends have been looking forward to the center, which opened seven years later than originally planned due to construction delays.

One thing that patrons didn&#8217;t have to practice was their math skills. Automatic scoring and touch-screen pads let novice bowlers like Julie know how good &#8212; or not so good &#8212; they&#8217;re doing.

For the younger bowlers, the foam-filled bumpers in the gutters are now a thing of the past. In their place are bumpers that automatically rise when it&#8217;s the kids&#8217; turns.

When to roll in

The Strikers Bowling Center at the Naval Support Activity Naples support site housing area is open five days a week, according to the morale, welfare and recreation marketing office.

The center, which includes the Noble Romans food court and O&#8217;Rhys Irish Pub, is closed Mondays and Tuesdays. It is open:

Saturdays and Sundays, 8 a.m. to midnight