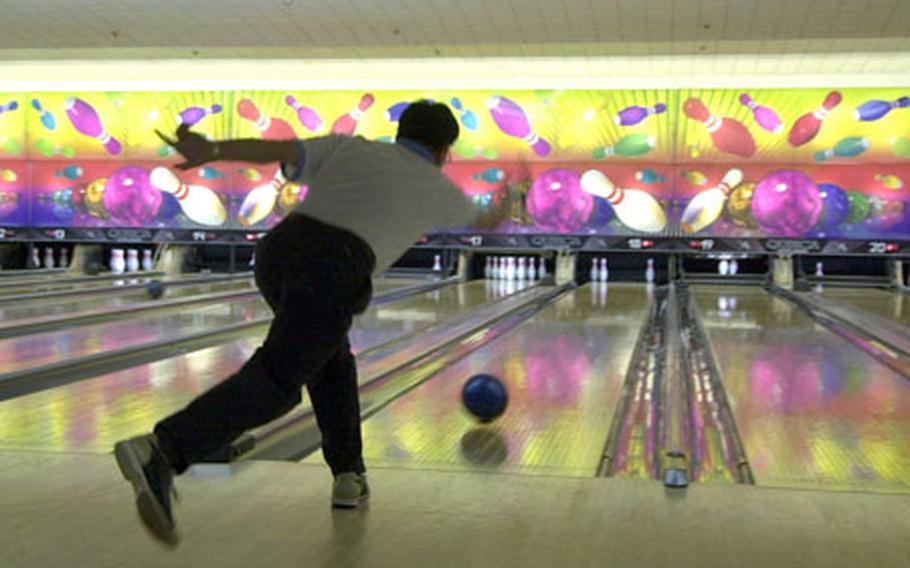 A bowler warms up Sunday during the Asian-American Friendship Bowling Tournament at Yongsan Lanes, on Yongsan Garrison in South Korea. (T.D. Flack / S&S)

YONGSAN GARRISION, South Korea &#8212; Language barriers were not too much a problem Sunday during an Asian-American Friendship Bowling Tournament at Yongsan Lanes.

After all, &#8220;bowling is bowling,&#8221; said participant Chief Warrant Officer Chris Jackson, one of 86 American, South Korean and Japanese bowlers competing for prizes.

Tournament director Jim Thorn said a Korean-American tournament was held in 2004 but he decided to invite Japanese bowlers after developing a friendship with Hiroshi Tsuda, president, publisher and editor of Bowling Journal Co., based in Japan.

Tsuda said the oldest bowler was an 82-year-old man with a 200 bowling average.

Jackson said he joined the tournament because &#8220;I like to do a lot of tournament shooting.&#8221; Names were drawn randomly to create the teams and Jackson was the only American on his squad.

Communication didn&#8217;t seem to be to troublesome. Each strike sparked cheers and high-fives among the teammates.