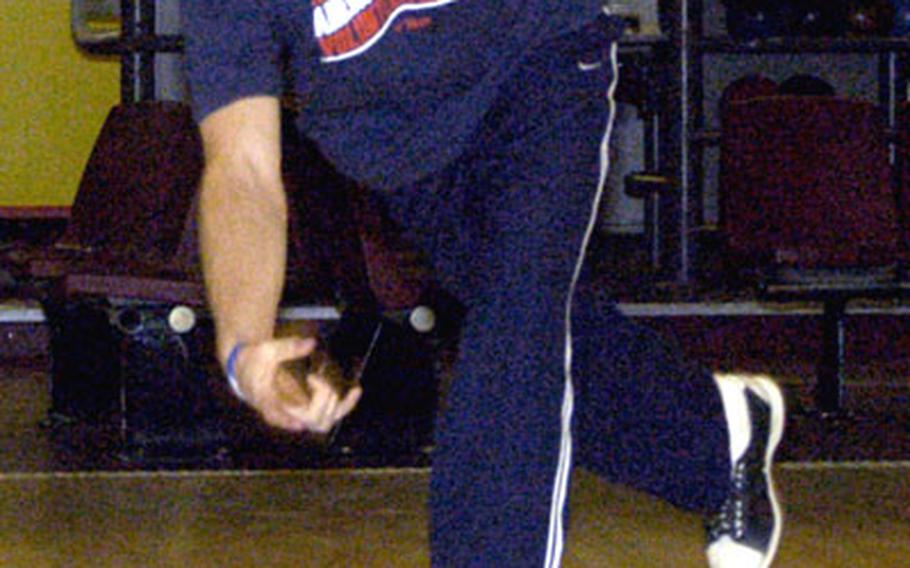 RAF ALCONBURY &#8212; Every athlete strives for perfection. Few achieve it. And then there&#8217;s Ed Brandon.

He completed the 300 score Nov. 25, the day after Thanksgiving, during the first game of his regularly scheduled league play. A few weeks later, he still can&#8217;t help smiling when he recalls the feat.

And then he provided some drama on the pivotal 12th attempt.

Brandon, a British national who works as the youth sports director at RAF Alconbury, has been bowling on and off since he was 8. These days, he bowls about six times a month and carries a 181 average &#8212; boosted no doubt by his perfect game.

In a sad twist, Brandon&#8217;s mark was not recognized by the United States Bowling Congress because the league is not sanctioned. He would have been awarded a gold ring and a certificate to commemorate his date with greatness.

Instead, the bowling center staff presented him with some toned-down prizes.

It&#8217;s the second time in the past several months that a British national has bowled a 300 on the American military installation.

Before that, it had been five years since anyone achieved perfection at RAF Alconbury&#8217;s lanes.

As the most recent person to bowl a perfect score, Brandon has become a quasi-celebrity on base, especially around the bowling center.

But the humble Huntingdon man&#8217;s many years on the lanes have taught him that his perfect score took a good deal of luck.

After bowling a 300 and scoring a 700 on a three-game set, Brandon has set his goals even higher.