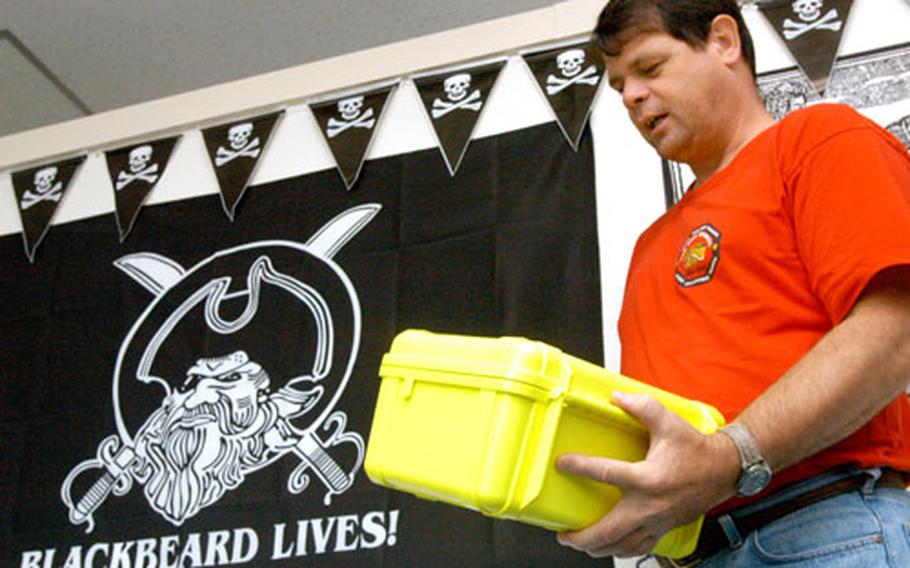 Contestants will find themselves bowling, shooting hoops and darting around Yokosuka, led by clues they find in mystery boxes. Oh &#8212; and getting to the mystery boxes requires a kayak, as the boxes will be floating in Green Bay.

This is Yokosuka&#8217;s first Land and Sea Race. It&#8217;s to take place Saturday at 11 a.m. The event is a combination foot-and-kayak race with more than a few twists.

Teams alternate land/sea legs. In each leg, the team seeks out a bright yellow waterproof box that contains a marker, which corresponds to a clue found back at the marina. The markers will be used to track each team, as they will run the same-length course in a different order. Sound simple?

A wrinkle: At each land station, the team performs a task and cannot move forward until both members are successful.

&#8220;This might be knocking down some pins at the bowling alley or paddling a tube around the pool with your hands,&#8221; Lindemann said. It also could mean pitching a tent, shooting hoops or tricycle riding, as all of the skills will be tested in MWR facilities. This is no accident, he said: &#8220;Part of what we want to do is get people into the MWR facilities while participating in a cool event.&#8221;

Another wrinkle: the clues rhyme.

Green Bay Marina is shooting for six teams to compete &#8212; which, incidentally, also is how many kayaks the marina has. Lindemann said two teams, both from the USS Stethem, have signed up so far.

Entrants must sign up by Tuesday; no race-day registrations will be allowed. Each four-person team pays a $30 entrance fee. Medals will be given out and a barbecue will be held after the race.