Bosnian bomb-disposal experts on duty in the Iraqi desert 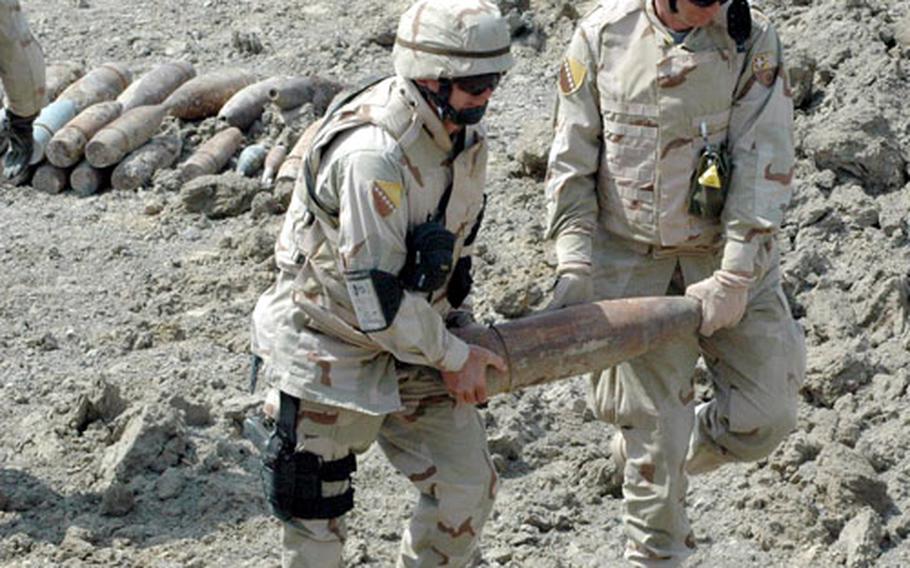 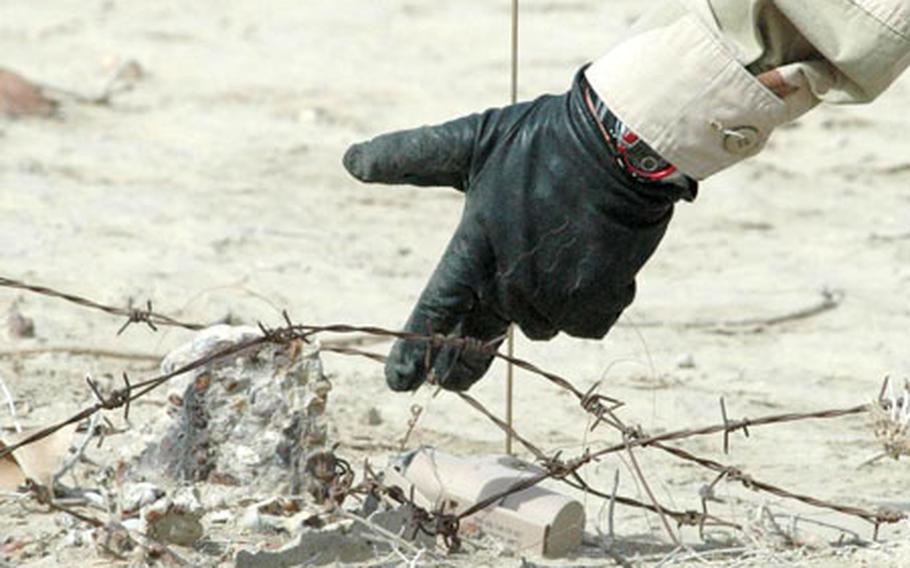 A bomb disposal expert points to an illumination grenade found in the sand in southern Iraq. (Monte Morin / S&S) 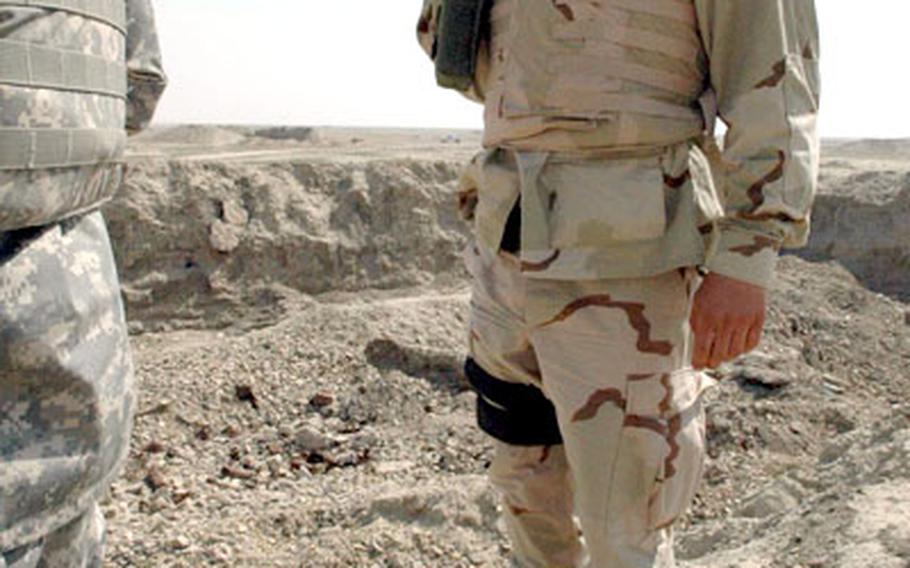 Capt. Draze Guto prepares to destroy munitions collected during a search of the desert on the outskirts of Nasiriyah. (Monte Morin / S&S) 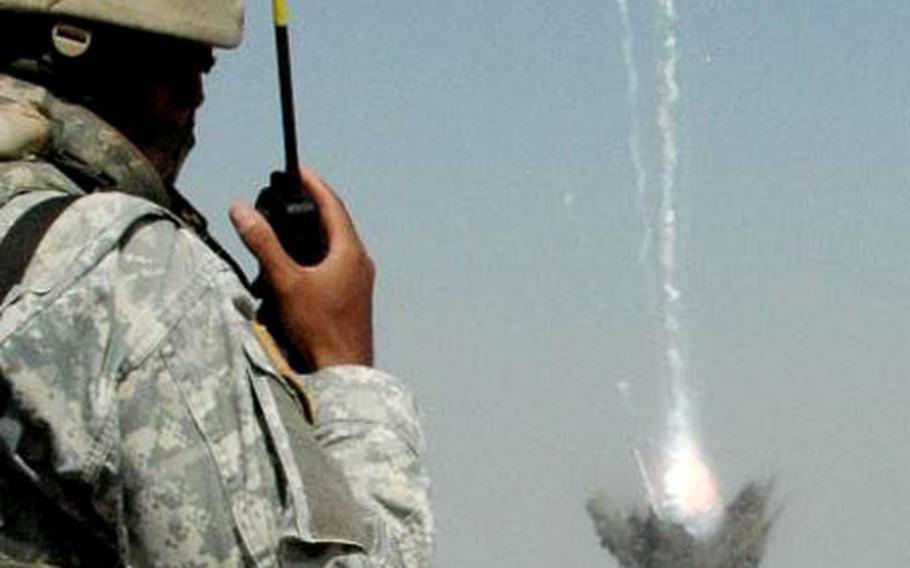 The deadly ordnance has covered this expanse of cratered hardpan near Nasiriyah for roughly three years, ever since invading U.S. forces blew up a network of Iraqi ammunition dumps here on their drive toward Baghdad.

While the hasty demolition work destroyed most of the weaponry, it also &#8220;kicked out&#8221; or flung skyward a large number of explosives that fell back to earth live and undamaged, including some suspected chemical rounds.

Ever since then, this 12-square-mile stretch of southern Iraqi desert has posed a danger to wandering Bedouins and an enticement to bomb-building insurgents.

At least that was the case until this month, when a platoon of bomb disposal experts from the army of Bosnia-Herzegovina arrived, along with a team of civilian contractors, to collect and destroy the munitions.

&#8220;The Bosnians,&#8221; as they are called, fall under the command of the 648th Engineer Battalion of the 48th Brigade Combat Team, a Georgia Army National Guard unit headquartered at Camp Adder, or Tallil Air Base.

The explosive ordnance disposal platoon is the only group of soldiers from Bosnia-Herzegovina in Iraq and focuses exclusively on bomb disposal.

On Wednesday, team commander Capt. Draze Guto, 34, briefed his men before they spread out in a long line and methodically combed a small portion of desert for explosives. As the bomb experts searched the sand, U.S. soldiers from the 648th provided security, which included shooing away herds of sheep.

The area, bomb experts said, contained only a small amount of scattered ordnance &#8212; roughly 40 artillery shells, a rocket launcher, an illumination grenade and inert parts of rocket-propelled grenades and missiles.

The cleanup was likely to take months, team members said. The goal was to make the area safe for locals and deny insurgents bomb-making materials.

Viscovic said he has assisted in other multinational efforts on behalf of his nation &#8212; including a visit to Congo in 2004, where he was kidnapped, beaten and held for three days. Viscovic said he was an unarmed military observer at the time. He and two other soldiers were eventually released.

After piling dozens of 100-pound artillery shells into a 5-ton truck for several hours, the team drove to a blackened demolition pit to destroy the day&#8217;s harvest.

The munitions were piled together and wired for detonation. Then the crew retreated to a hilltop more than a mile away.

After three shouts of &#8220;fire in the hole,&#8221; Davis was given the honor of triggering the explosives on a radio detonator. A small volcano of light erupted silently in the distance, throwing glowing metal skyward. Seconds later, tremendous thunder rolled over the explosives team as a column of white and black smoke rose high above the desert.