Bosnia and Herzegovina's border service goes to the dogs 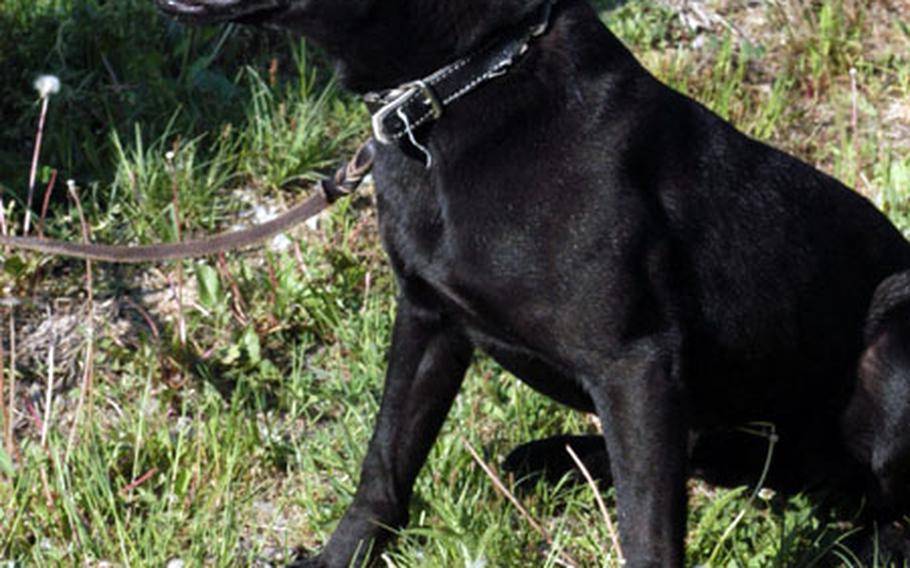 A Bosnian State Border Service K-9, Mark, sits to show he has found explosives during the explosives detection training at Eagle Base, Bosnia and Herzegovina. (Ivana Avramovic / S&S)

A Bosnian State Border Service K-9, Mark, sits to show he has found explosives during the explosives detection training at Eagle Base, Bosnia and Herzegovina. (Ivana Avramovic / S&S) 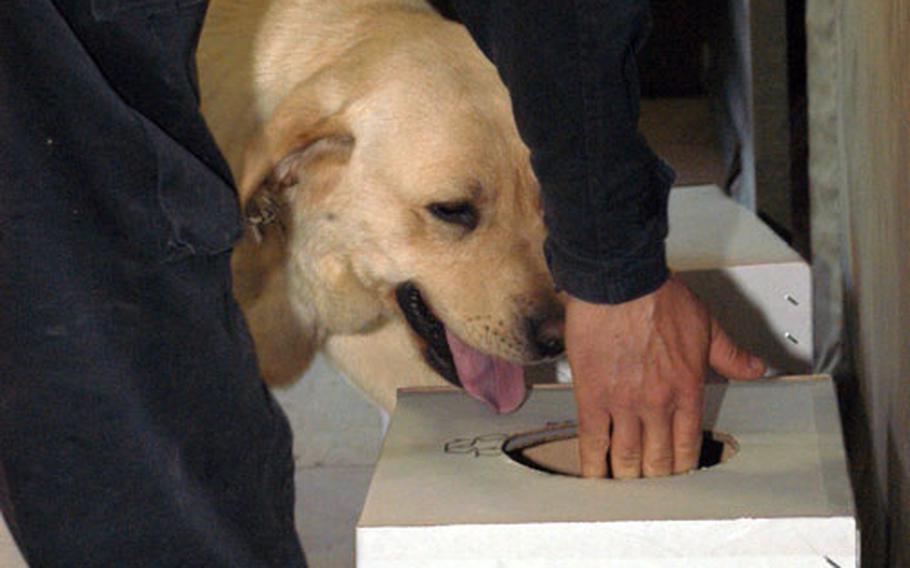 A Bosnian State Border Service K-9 sniffs into the box as part of an explosives detection training at Eagle Base, Bosnia and Herzegovina. The joint training with the U.S. military K-9 section on the base started mid-April and is expected to go until June 1. (Ivana Avramovic / S&S)

But the border service officers couldn&#8217;t train their dogs to do what they wanted them to do eventually: Detect explosives.

Because of Bosnia&#8217;s lack of experience in K-9 explosives training, the border service turned to the U.S. military for help, Mesanovic said.

Since mid-April, members of the border service and the U.S. military have been training together, rising early in the morning and stopping before noon when it gets too hot for the dogs.

The military dog handlers at Eagle Base did not mind adding the joint training to their busy schedule of working the base gates and post office and searching flights.

&#8220;It takes a lot of time, but it&#8217;s not preventing us from accomplishing our mission,&#8221; said Staff Sgt. Joseph Maks, kennel master for the current Stabilization Force.

Although it has been awhile since Sgt. 1st Class Tony Burr&#8217;s days as an active-duty kennel master, he volunteered to help with the training.

Out of the initial five dogs undergoing the training, one is doing very well and two are close behind him. Two had to be dropped: one for being too timid and the other for being lazy.

Replacements for the two dogs are expected before the training ends.

The border service also has 10 patrol dogs and six dogs working with narcotics.

Mesanovic thought that making the dogs repeat a drill successfully two or three times was sufficient, but he learned differently. Trainers take the dogs between four boxes, with explosives hidden in one, shuffle the containers and then repeat the exercise until the dogs detect the explosives every time.

When Mark, the most progressive of the K-9s, underwent a recent exercise, Burr left the C-4 training explosives in the same place after several successful detections. He noticed Mark eventually stopped sniffing and located the explosives only by sight.

When Burr covered the explosives with grass, it took Mark a bit longer to detect them, but the dog had used his nose.

The K-9s complete their training on June 1. Beyond the joint work, the border service will have to develop its own training and certification system, Maks said.

The border service dog handlers will have to be persistent and continue training their dogs on the job once basic training with the U.S. Army is completed, Mesanovic said. The teams have already been assigned to airports, one of them at Tuzla International Airport, which shares the runway with Eagle Base.