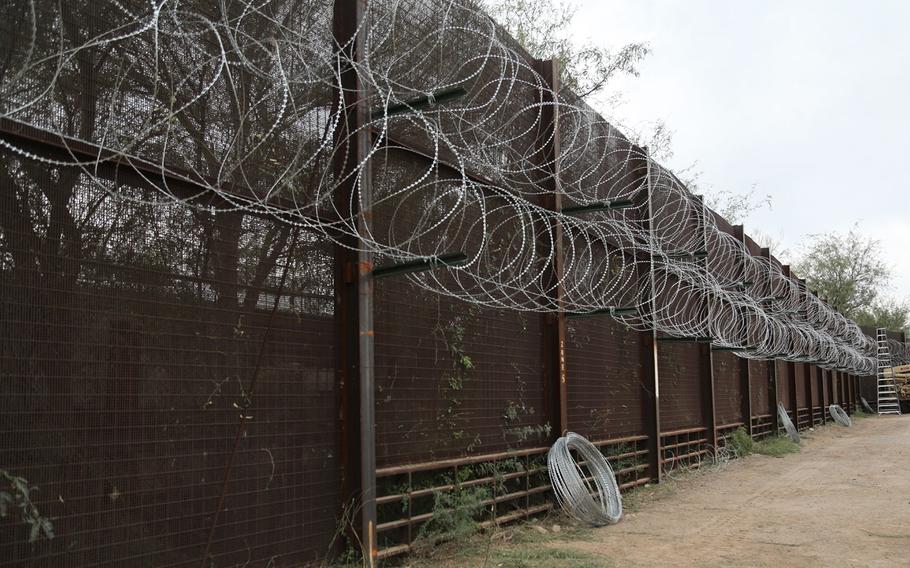 Concertina wire is displayed in areas of the border to show how the Soldiers from 937th Route Clearance Company, 36th Engineer Brigade, are assisting the Custom Border Protection in Lukeville, Arizona, November 14, 2018. (Bradley McKinley/U.S. Army photo)

Concertina wire is displayed in areas of the border to show how the Soldiers from 937th Route Clearance Company, 36th Engineer Brigade, are assisting the Custom Border Protection in Lukeville, Arizona, November 14, 2018. (Bradley McKinley/U.S. Army photo) 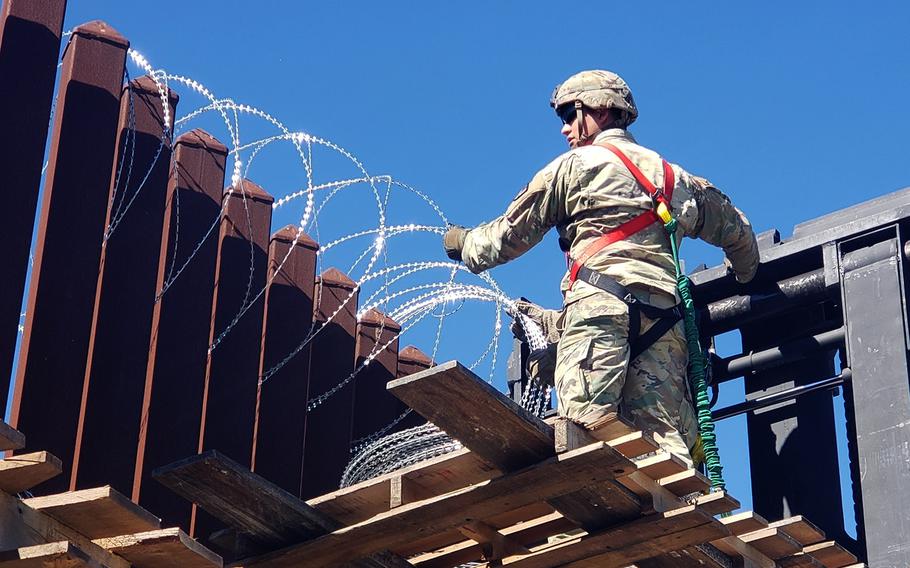 WASHINGTON – The roughly 5,800 active-duty troops sent to locations along the U.S.-Mexico border ahead of the Nov. 6 midterm elections will spend Thanksgiving in Texas, Arizona, and California, but they are expected to return home in time for Christmas, Pentagon officials said Monday.

The troops supporting the operation assisting U.S. Customs and Border Protection agents once known as Faithful Patriot are expected to return to their home stations by Dec. 15, said Army Col. Rob Manning, a Defense Department spokesman. He indicated the Pentagon did not expect to deploy more troops to the border region “unless directed otherwise.”

In fact, Manning announced some servicemembers could return home before Dec. 15 as they complete their work stringing coiled razor wire and emplacing other temporary barriers at locations on and near the southern border.

“The bottom line is that our numbers will be commensurate with the capabilities that … CBP is requesting,” he said.

But the troops are expected to remain in place at least through this week. The Pentagon is sending an untold amount of traditional Thanksgiving meals to troops supporting the border operation, Manning told reporters at the Pentagon.

Some of their tasks have been completed already. As of Friday, the 2,800 active-duty troops supporting CBP operations in Texas had finished their mission of “hardening” immigration entry points in the Brownsville area at the state’s most southern tip. However, Manning could not say Monday whether those troops would remain in Texas or be shifted to other locations along the U.S.-Mexico border.

The colonel shared the statistics as some from the group of Central American migrants in the so-called caravan arrived in Tijuana in recent days on Mexico’s border with California. The group of asylum seekers was a regular pre-election target of President Donald Trump, who described it as an invasion. However, the troops that Trump sent to the border ahead of the caravan’s arrival have had no interactions with the migrants and are not expected to in the future, officials have said repeatedly.

With the mission apparently in its final weeks, the Pentagon has not released an estimated cost of the deployment. Manning said Monday that the Defense Department, which will cover the expense for the mission, would not provide an estimated cost until it has completed its accounting.

Each of the nearly 60 military units and teams deployed to the border is tracking its own expenses, Manning said. He said the Pentagon would factor all of those units’ costs into its final assessment, and it would make that possible only at that time.

“We are committed to providing you a real cost and not a forecasted cost,” he said. “… We don’t have a final cost that we feel confident sharing publicly.”