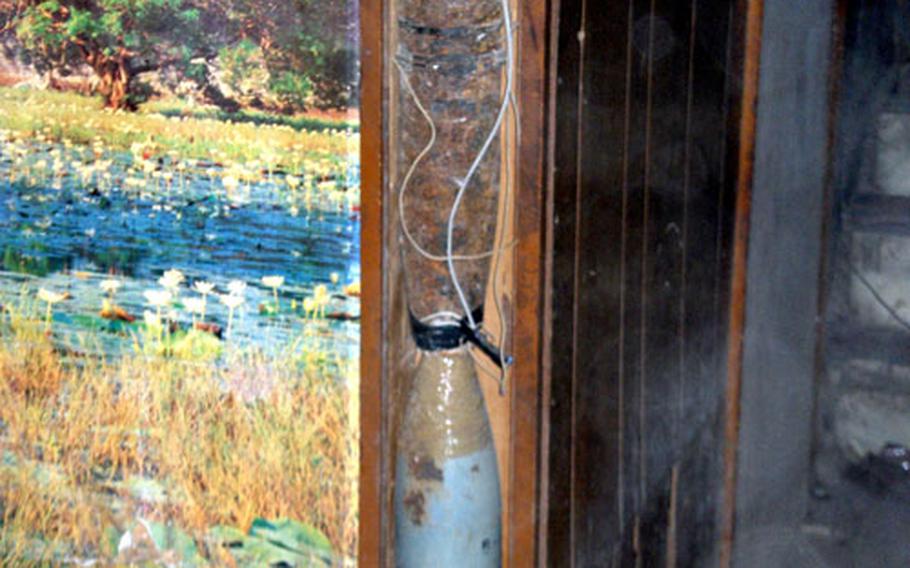 The explosives were found during a &#8220;significant sweep of the northern part of downtown Ramadi,&#8221; officials said.

Ramadi, the capital of Anbar province, has long been a battleground between coalition troops and insurgents. Regular battles break out in the streets, and American troops have repeatedly used air support to destroy buildings used as ambush points or bases by insurgents.

After the explosives were discovered, officials said, a U.S. military explosive ordnance disposal team was called to the site. They were able to disable the bombs, according to an American military spokesman.

&#8220;The purpose of the operation is to build police stations from which Iraqi police and army units can begin to exercise daily control over the city,&#8221; a news release read.

More bombs and booby traps have been found in various buildings throughout the city.

In a separate incident on Tuesday in Ramadi, insurgents fired two rockets at a police station, killing a female civilian and wounding three others, including a 12-year-old. No injuries to Iraqi or American forces were reported.