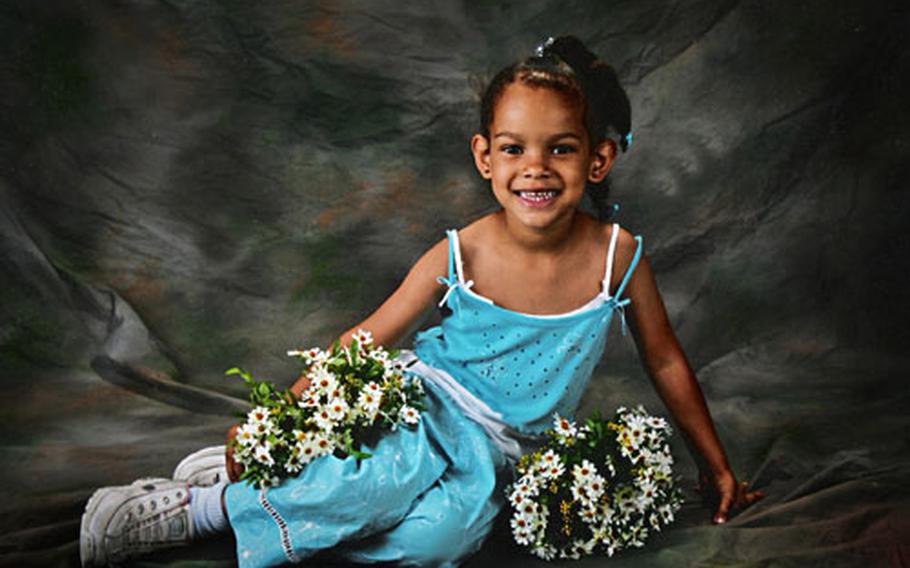 Two months ago, 5-year-old Briarra Manis was diagnosed with mature B-cell Acute Lymphoblastic Leukemia, or ALL. (Courtesy of Eva Creel)

Two months ago, 5-year-old Briarra Manis was diagnosed with mature B-cell Acute Lymphoblastic Leukemia, or ALL. (Courtesy of Eva Creel) 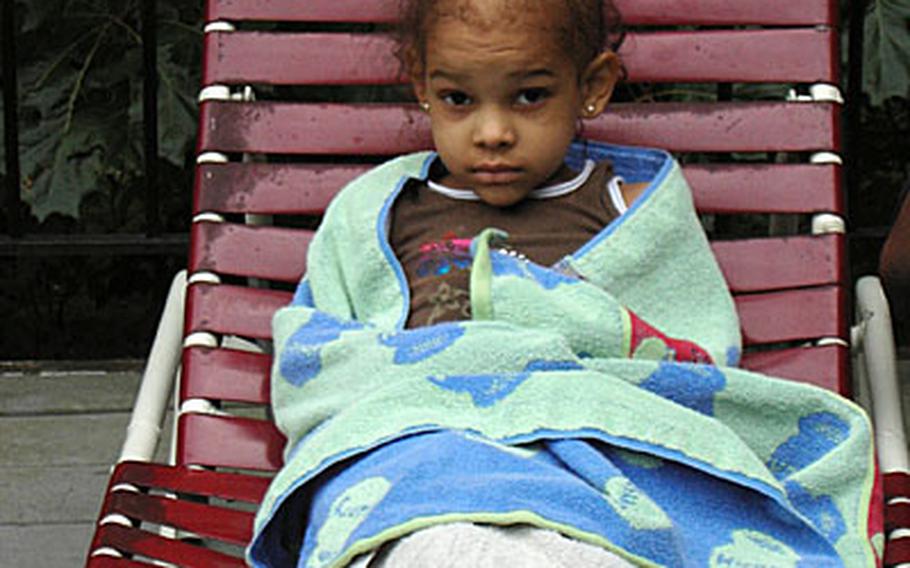 A woman from Wiesbaden has organized a drive to find people to donate bone marrow to Briarra, an Army dependent whose father was assigned to the 1st Military Intelligence Battalion. (Courtesy of Eva Creel)

Collecting saliva might just be the first step toward helping a little girl overcome an uncommon form of leukemia.

Creel has helped organize a drive to find people to donate bone marrow for 5-year-old Briarra Manis, who in May was diagnosed with mature B-cell Acute Lymphoblastic Leukemia, or ALL. Briarra, an Army dependent, started chemotherapy almost two months ago, but a bone marrow transplant could be her best hope for long-term remission.

So Creel, an Army spouse whose husband is in the same Wiesbaden-based unit as Briarra&#8217;s father, and others associated with the unit are trying to get as many people as they can to undergo a painless procedure to see if they might be able to help Briarra.

Only those identified as matches will be contacted for further testing to verify that their marrow is a match, but &#8220;you could win the lottery before you get a match,&#8221; Creel said.

It&#8217;s generally the case that bone marrow matches are most easily found within the same racial or ethnic group, and the fact that Briarra is black could narrow the field of potential donors. Still, people from other racial backgrounds or ethnicities could be a match.

The drive, which will be held July 20 from 9 a.m. to 6 p.m. at Wiesbaden&#8217;s new fitness center, is open to all military personnel, military dependents and Defense Department employees who are in good health and from 18 to 60 years old. The drive is funded through the DOD&#8217;s bone marrow donor program.

&#8220;For the next nine to 12 months, Briarra will do both inpatient care at Walter Reed for one week and then have three weeks of home care,&#8221; her father, Staff Sgt. James P. Manis, wrote to members of 1st Military Intelligence Battalion, the unit he belonged to until Briarra was diagnosed.

The Manis family, including Manis&#8217; wife and two sons, was immediately moved to the U.S. after Briarra&#8217;s diagnosis was confirmed at Walter Reed Army Medical Center.

Briarra and her mother, Angel, were medically evacuated to Walter Reed on Mother&#8217;s Day.