Bon Jovi brings 'a little bit of home' to troops 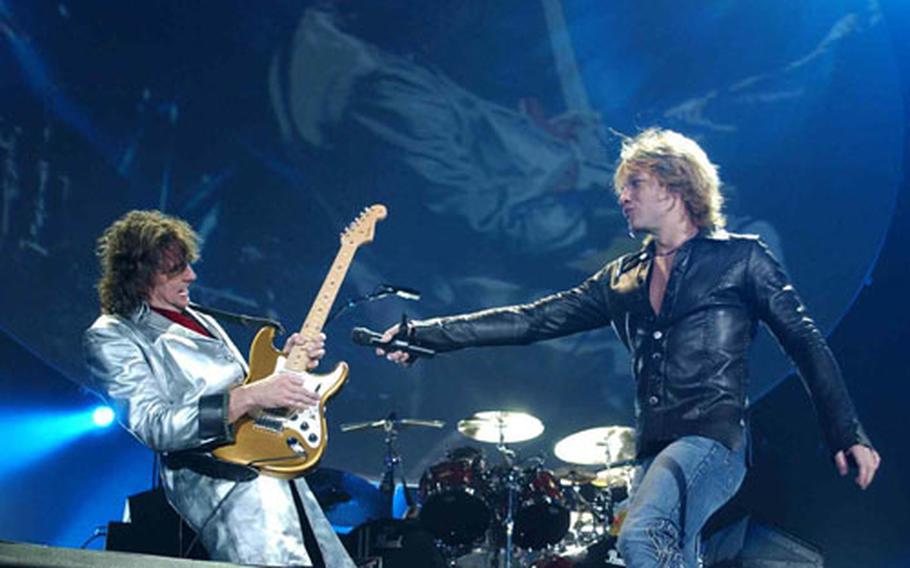 Jon Bon Jovi and Richie Sambora rock out at the Sapporo Dome Thursday. The band gave 100 free tickets to U.S. soldiers training in the area. (Courtesy of Bon Jovi)

Jon Bon Jovi gave 100 free tickets to U.S. troops after seeing a group of soldiers at the Sapporo airport Tuesday. He learned they were training in the area and offered the tickets, which usually run $50 to $75.

The concert, and the free tickets, came as a surprise to the troops.

Both men found the concert more orderly and calm than those in the United States.

Entire families attended and people stuck to their seats for the 2&#189; hour show, Murray said.

The concert gave the handful of Fort Lewis soldiers and those from Camp Zama a break from long days of preparations for the annual Yama Sakura exercise later this month, said Capt. Naomi Freeman of Segami Depot.

Yama Sakura runs Jan. 23-31 at Camp Higashi-Chitose, Hokkaido, Japan. About 1,500 U.S. soldiers will train with 4,500 of their Japanese counterparts in simulated exercises.