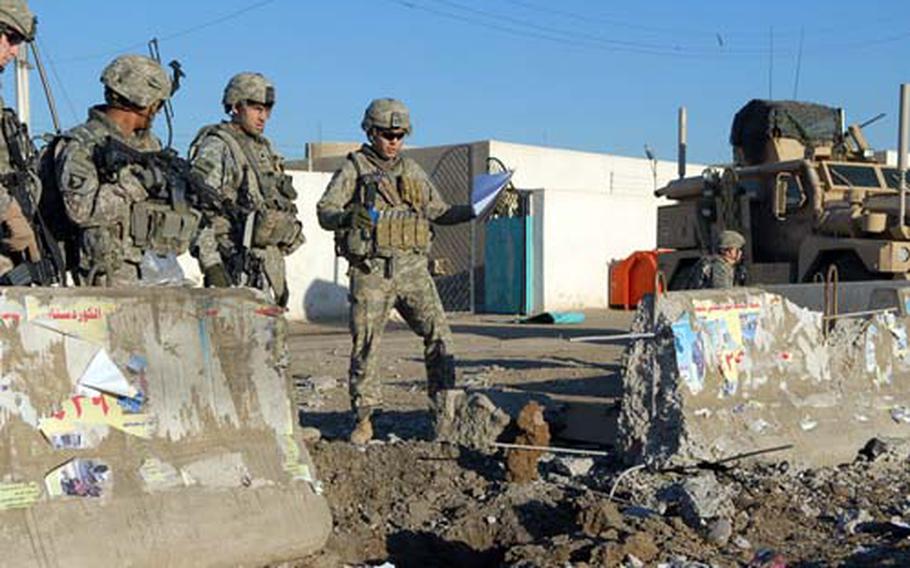 BAGHDAD &#8212; An American soldier was killed Sunday in Sadr City after an explosively formed penetrator hit the vehicle in which he was riding.

The soldier&#8217;s name and unit are being withheld pending notification of his family.

The incident occurred during an afternoon patrol in the Baghdad neighborhood. The EFP, a particularly deadly form of roadside bomb, had been placed on top of a cement barrier at a location where roadside bombs had been found previously, officials said.

Soldiers at a nearby joint security station responded to the scene of the attack immediately. They interrogated neighbors, checked a man for traces of explosives and searched some of the homes but didn&#8217;t immediately find any suspects. Neighbors all said they heard the blast but did not see the person who planted the bomb.

Sadr City has seen a slight increase in roadside bombs in recent weeks, although most have been found prior to detonation. It is not known whether the increase can be attributed to a single insurgent cell, increased activity related to the upcoming elections or the security agreement going into effect Thursday.=