Bomb casualties called inspiration to others 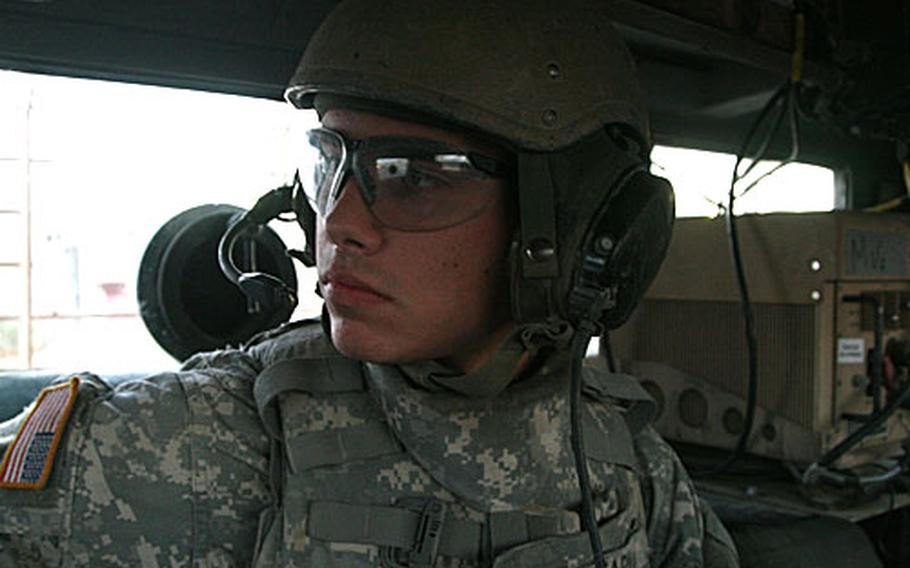 FORWARD OPERATING BASE MAREZ, Iraq &#8212; A day after two of their own were killed by an insurgent bomb, soldiers from the 2nd Battalion, 7th Cavalry Regiment remembered their fallen comrades.

Those they left behind remembered McGovern and Smitherman as two exemplary soldiers and an inspiration to others who never hesitated in the face of the enemy.

Hudson, who retook command of the company on Thursday, said he and McGovern had known each other for several years and were close friends. Hudson said McGovern wanted nothing more than to be a good leader to his men.

Hudson said he commanded Company E for 20 months, and when he turned over the unit to McGovern, he knew he was leaving it in good hands.

Hudson remembered having handpicked Smitherman to be his driver because he was such a squared-away young soldier. At least an hour before any mission, Hudson recalled, Smitherman would have the commander&#8217;s vehicle in top shape and ready to go.

First Lt. Michael Holbrook first met McGovern in July 2006, straight out of the basic officer&#8217;s course and Sapper school. McGovern and the other officers in the company immediately began to look after him, Holbrook said.

Sgt. Anthony Barbour, 41, of Newark, N.J., worked with Smitherman from January to June of this year. Barbour was a Bradley gunner. Smitherman was the Bradley&#8217;s driver. Barbour said he often treated Smitherman as he would his own son.

He recalled what the younger soldier told him when he volunteered to become the company commander&#8217;s driver.

Barbour, who went on to command his own Bradley, was at the scene Wednesday when Smitherman and McGovern died. After seeing the wreckage, Barbour believes Smitherman deliberately put himself in harm&#8217;s way.

Spc. Uriel Saldivar, 39, from Stockton, Calif., recalled Smitherman as a &#8220;very nice person and a very dedicated soldier&#8221; who was looking forward to returning home so he could help look after his sister&#8217;s new baby.